World Wrestling Entertainment (WWE -0.74%) has paid a dividend every year since going public in 1999. Oftentimes, the yield on that dividend was quite high. But in 2011, the company was forced to slash its payout by two-thirds. Today, investors can get a respectable 1.8% dividend yield from the stock.

But how safe is that now-lower yield? 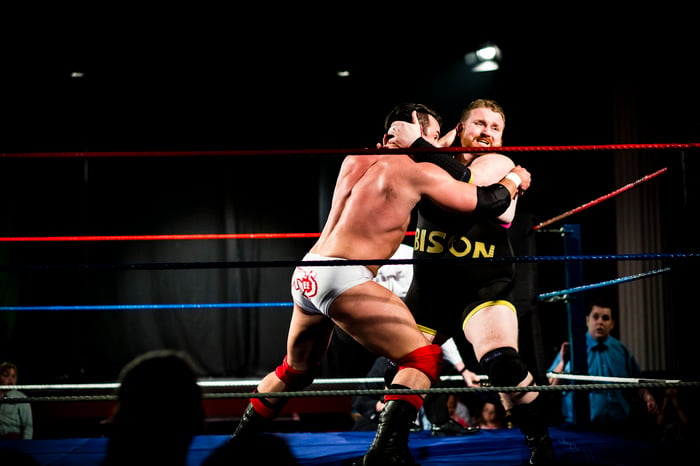 It's all about free cash flow

At the end of the day, free cash flow (FCF) is the best metric we have to keep track of how much money a company is able to bring in from its business in any given year. It is calculated by subtracting capital expenditures from the amount of cash generated from operations. Ideally, it is from FCF that dividends are paid out.

But as you can see below, for a long time, WWE was paying out far more in dividends -- even since slashing its payout -- than it took in from FCF. Only over the past 12 months has that payout ratio started to creep back down.

No figures are included for 2013 because that year, the company was actually FCF negative. And if you click on the second tab, you can see that the amount of cash WWE had on hand was falling markedly until the company took on debt to shore up the balance sheet in 2016. The catch: Long-term debt jumped from just $17 million at the end of 2015 to $209 million today. In other words, the net cash position (cash minus debts) hasn't improved at all.

It's worth noting that CEO Vince McMahon and his family own virtually all of the company's Class B Shares. As Fools, we generally appreciate CEOs with skin in the game, but that does mean that annually, the McMahon family receives roughly $17 million in dividends from their ownership. .

The company doesn't give much insight on its dividend theory. Over the past year, neither management nor analysts have discussed the company's dividend on publicly available conference calls.

Where that leaves investors

Clearly, I think you should stay away from WWE if you're thinking of buying it for its dividend. While the payment did finally become sustainable over the past 12 months, the balance sheet is still not very healthy.

Even more troubling, while sales have improved and the company enjoys a robust following, the dividend could "fragilize" the company. The company's net cash position is continuing to fall, and at some point, the company may need to make a choice between the payout and the future of WWE. I wouldn't want to be holding shares when that decision comes.