Please ensure Javascript is enabled for purposes of website accessibility
Log In Help Join The Motley Fool
Free Article Join Over 1 Million Premium Members And Get More In-Depth Stock Guidance and Research
By Daniel B. Kline – Jul 12, 2016 at 8:37AM

How does it work and how does the company make money on the new sensation?

By now, nearly everyone has likely noticed people wandering around holding their phones in front of them, swiping or tapping madly at the screen.

In most cases, the people doing that are playing Pokemon Go, a new game from Nintendo (NTDOY) that brings the popular game into the real world in a new way. Offered on both Apple (AAPL -1.86%) iPhones/iPads and Android devices, the new game offers an augmented reality experience using your tablet's or phone's camera.

Players walk around in the real world, which also propels them through the game landscape. As that happens, players come across various Pokemon characters and can capture them. That's where the augmented reality part comes in because as a user sees a Pokemon character and engages it, the game uses his or her device's camera to place the digital monster in the real world. That might mean trying to capture a Pikachu wandering around your local mall or going after a Squirtle as it climbs out of your toilet.

It all seems a little silly, but it's not only fun, it's an inventive use of augmented reality that has significant business impact not just for Nintendo, but for any company making iPhone and Android games. Pokemon Go also offers a new advertising model that will not just raise awareness of a business, but could actually drive people there. 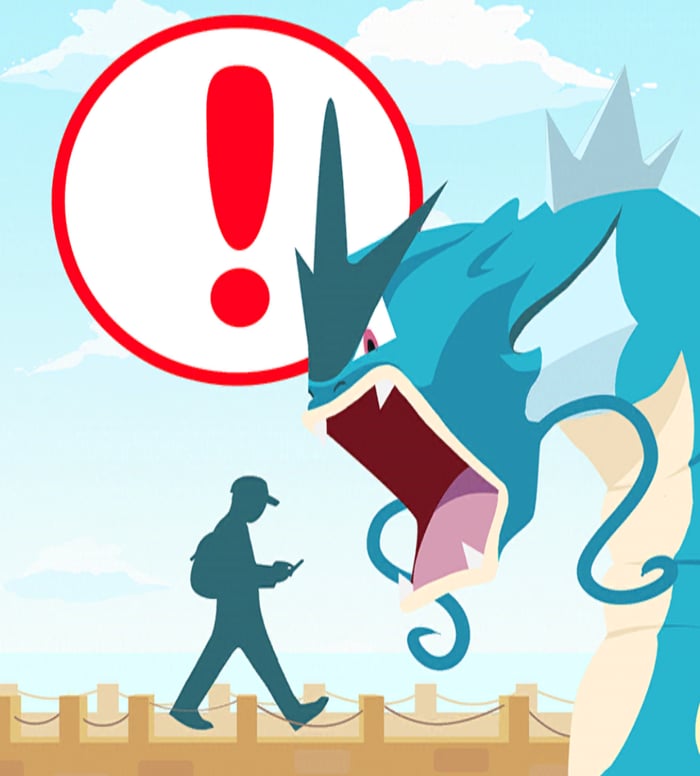 How could Pokemon Go drive business?

Pokemon Go forces people to walk around in the real world, which creates opportunities to drive traffic to actual stores. This can happen in a number of ways. First, the game features "Pokestops," physical locations -- anything from businesses to landmarks or notable geographic features -- that offer prizes that enhance gameplay. In theory, Nintendo can sell inclusion in the game to businesses, driving traffic by offering better incentives to game players at those locations.

In addition, because Pokemon Go works a lot like collecting baseball cards, with some cards/characters more valuable and some scarcer than others, that can be leveraged to push players to certain locations. A rare Pokemon could, for example, be offered only at a concert, or in a restaurant at a certain time of day. It would also be possible to use viral marketing to make it known that certain hard-to-get characters were going to be at the mall on Tuesday at noon or in a specific supermarket chain, but only in the morning.

If Pokemon Go becomes a hit -- it was the top app in Apple's store immediately upon launch, and the massive surge in users is still crashing the game's servers several days later -- it could be a huge advertising revenue driver for Nintendo.

How else does Nintendo make money on this?

While the app is free, and it's possible to play without buying anything, Pokemon Go also offers in-app purchases. Since the game eventually (after enough monsters have been collected) lets users battle their captured creatures, power-ups are sold that  enhance creatures faster. You don't need to buy anything, but spending some money lets players get better faster, which is very enticing.

Nintendo has created a game that puts characters that have been used in successful video games for over 20 years into an augmented reality setting. That may lead to a lot of people bumping into things (or worse) as they look at the screen when they should be watching where they are going, but it's an idea that looks like it may become a phenomenon.

Pokemon Go is fun, while also promoting moving  -- you have to walk around to play -- and it uses augmented reality in a clever way. Nintendo has managed to build the first augmented reality winner, which should prove lucrative for the company while spawning numerous copycats.