As Model X deliveries increase, Model S deliveries are declining. Is this trend here to stay?

The trajectory of Model S deliveries in Q2 was undoubtedly downward. Not only were Model S sales down 22% sequentially, but they were down 15% year over year. Further, this follows a 28% sequential decline in Model S sales in Q1. This trend contrasts with the consistent, strong growth the model was driving for Tesla since the vehicle was introduced in 2012. 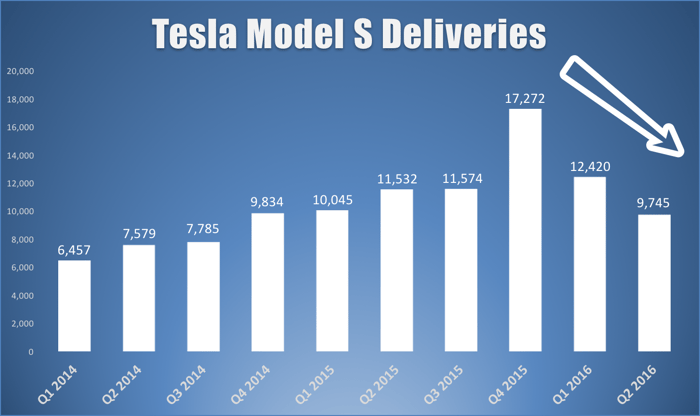 There could be several reasons for declining Model S sales. 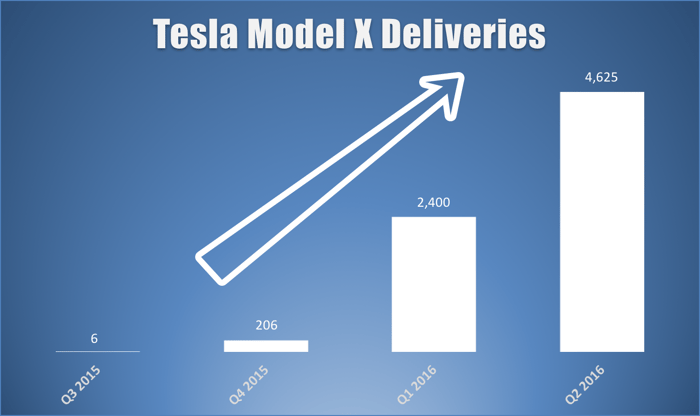 Finally, Model X may be cannibalizing some Model S sales. Initially, Tesla emphasized that the Model X's introduction was actually a catalyst for Model S sales, but the contrasting trajectory of the two models' deliveries strongly suggests there is at least some cannibalization going on now.

Investors may want to keep an eye on the trajectory of Model S sales as the year goes on. If sequential declines in the model's deliveries continues, that could suggest that current annualized levels of Model S deliveries are not sustainable.