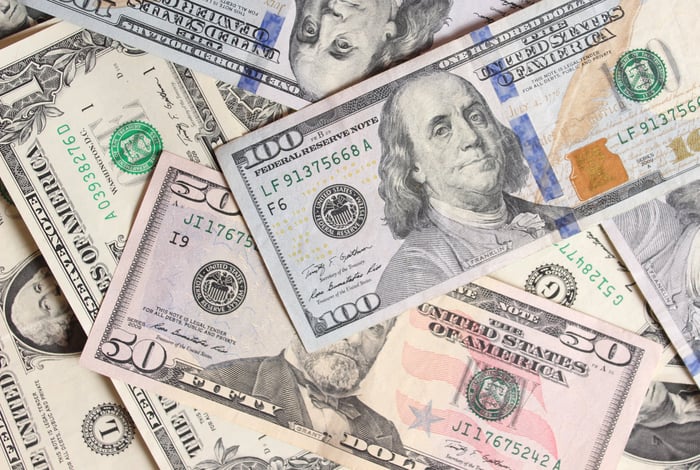 It's been a tough year for retailers. Apparel sales have tumbled and department stores have slumped under continued pressure from Amazon.com (NASDAQ:AMZN) and fast-fashion chains.

Though retailers are probably not the first place a dividend investor would look, a number of them pay solid yields, offering 4% or more. As the sector has come under pressure, however, some of these dividend payouts may be threatened. Let's take a look at a few retail dividend payers who could cut their quarterly payouts.

Like many teen apparel retailers, Abercrombie is struggling. American Apparel and Aeropostale have declared bankruptcy, and mall traffic is falling across much of the country. The preppy chain has been just as susceptible to these trends: comparable sales fell 4% in its most recent report, dropping 8% at namesake Abercrombie.

Abercrombie currently offers a 4.4% dividend yield, but revenue has been steadily declining since 2013 and profits have become squeezed.  Its payout ratio, or the percentage of profits spent on dividends, is up to 92%. Analysts are expecting earnings growth to materialize next year, but if that doesn't happen the dividend could get slashed. With nearly $500 million on its balance sheet, the company could continue funding the dividend from its cash hoard, but that may be unwise if profits are dwindling and it needs to invest in operations.

Like Abercrombie, Coach seems to have fallen out of fashion in recent years. The handbag maker's revenue and profits have slipped as it's lost share to competitors like Michael Kors and Kate Spade. The stock is down by close to 50% from its 2012 peak, though it has rebounded this year, gaining 24% when it finally stopped its sales slide last quarter, posting flat comparable sales.

Coach currently pays a dividend yield of 3.3%, but its payout ratio has jumped to 96%,meaning virtually all of the company's profits are going right back to shareholders. If sales continue to decline, that could provoke a dividend cut. The market and analysts seem to be buying the turnaround, as Coach's earnings per share are expected to increase 13% next year. Still, on a free cash flow basis, the company actually paid more than 100% of its earnings out in dividends.

If sales and profits continue to slide at coach, a dividend cut could be around the corner.

Another struggling mall staple, Guess has seen its stock fall by two thirds over the last five years. The result of that decline is that it now offers a dividend yield of 6.1%; however that payout looks even less sustainable than those of the two companies above. Guess' payout ratio is at 144% , well above the level that would be considered sustainable, and free cash flow has fallen below net income, meaning it's generating even less cash than it is profits.

In its most recent quarter, comparable sales fell 4% in the Americas on an overall drop of 6% in revenue , indicating the company's problems show no sign of coming to an end. It also reduced its guidance, and sees full-year EPS of $0.55-$0.75, well below the $0.90 dividend it pays out each year. With almost no debt on its books and a cash balance above $400 million, Guess can afford to keep paying its dividend for the near future, but it may not be sustainable. While the 6% dividend may look appealing, without a turnaround in the business, management will eventually be forced to cut it.