A look at what's going on with this beaten-down motion processor maker. 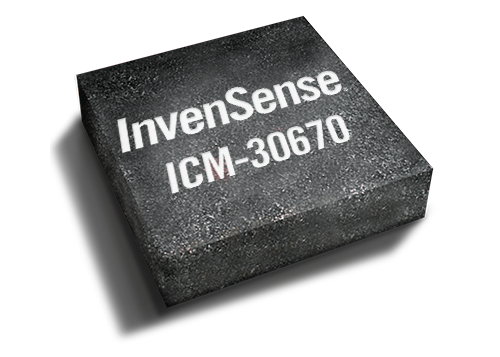 Motion processor specialist InvenSense (INVN) has had a rough year so far, with shares tumbling about 37% year-to-date as of the July 12 close. 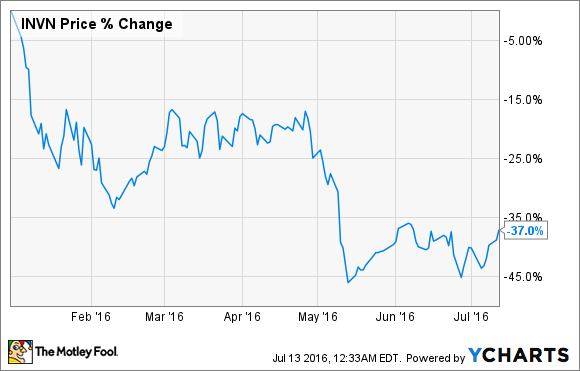 The company found significant success in providing high performance motion processors to makers of premium smartphones, enjoying both a strong share position in such devices as well as the secular growth of that market.

Recently, however, the high end smartphone market has soured, which has led the company to suffer from year-over-year revenue declines in recent quarters. On top of that, InvenSense lost share in Samsung's (NASDAQOTH: SSNLF) recently launched, and fairly successful Galaxy S7 flagship phone.

InvenSense has been working to diversify its business beyond smartphones. The company cites non-smartphone applications such as fitness trackers, automotive, drones, and virtual reality headsets as potential opportunities.

Last quarter, InvenSense reported that 54% of its revenue came from smartphones and tablets. Optical image stabilization modules worked out to 14% of total revenue. And, finally, the rest of the company's business (which CFO Mark Dentinger said includes Internet of Things revenue) came in at 32%.

In the prior fiscal quarter, these figures were 65%, 14%, and 21%, respectively. On the surface these figures would seem to imply that InvenSense's attempts to diversify its business are working, but let's take a look at the raw dollar figures from each segment to get a better picture of what's going on:

On a sequential basis, InvenSense's all other (including Internet of Things) business made up a much larger percentage of its total business than it did in the prior quarter primarily because phone, tablet, and optical image stabilization revenue declined sharply.

If we assume that InvenSense has been designed into the next iPhone, the company should soon start seeing an uptick in orders for phone-bound components. Barring a dramatic uptick in "all other" revenue, I would expect that InvenSense is going to see its revenue mix shift pretty dramatically toward its phone and tablet segments sequentially.

Key drivers for the business, stock

In the near-to-medium term, InvenSense's business is likely to trend with Apple's (AAPL -0.80%). If the next generation iPhone, likely to be called iPhone 7, does well in the marketplace (the iPhone 6s-series proved disappointing following a strong iPhone 6 cycle), then I would expect good things for InvenSense's financial results.

However, if the iPhone 7 fails to stimulate growth or even sees shipment declines relative to the prior model, then InvenSense's financials and potentially its stock price, could remain stuck in the doldrums.

Longer-term, the company will need to continue to hunt for opportunities outside of the smartphone market. The smartphone opportunity has proven unique because of the sheer volumes of phones, even high end ones, that sell each year.

I doubt that there will be any one such opportunity in the so-called "Internet of Things" market that will be as large as smartphones. Instead, InvenSense is going to have to go after many smaller opportunities that, if the company is lucky, will add up to substantial enough revenue to allow the company to more easily withstand the ebbs and flows of the smartphone market.