Michael Jordan's shoe brand really took off when Mars Blackmon, played by Spike Lee, declared -- in film and in Nike Inc. (NYSE:NKE) ads -- "It's gotta be the shoes!" The Jordan Brand changed the culture of basketball and sports marketing. Today, 13 years after his retirement and three decades after the first Mars Blackmon commercial, Jordan's brand is larger than ever. 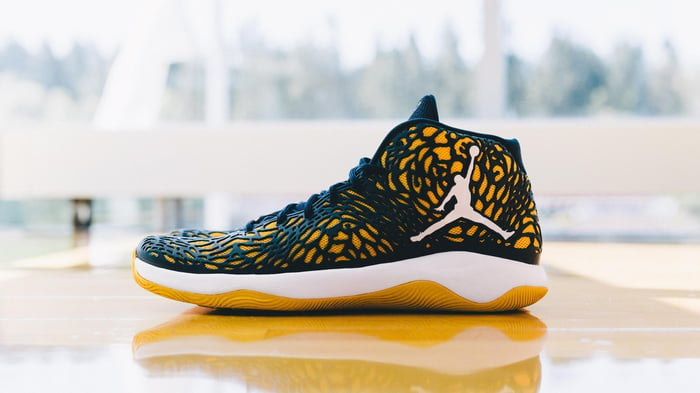 Some perspective on Nike Basketball

Before getting to the specific contribution from the Jordan brand, let's get some perspective by looking at Nike's fourth-quarter results. Revenue came in at $8.2 billion, a 6% increase over the prior year. Meanwhile, net income decreased 2% year over year to $846 million. Full-year revenue also increased 6% but net income grew 15%, a remarkable feat for a company the size of Nike. Yet, in fiscal year 2016, Nike Basketball revenue grew only 2%. At initial glance, it appears that Nike's basketball business took a nosedive but the company actually changed it's external reporting. For the first time, Nike is reporting Jordan Brand independently from Nike Basketball.

It's gotta be the shoes

The talent endorsing Nike's basketball shoes is an impressive list of internationally recognized stars. Lebron James, Kobe Bryant, Kevin Durant, and Kyrie Irving are all spokesmen for the athletic footwear and apparel maker. Yet despite all those athletes' successes, the brand failed to grow in a meaningful way. Particularly surprising is that the latest basketball season was Byrant's retirement year, an event that theoretically should have helped boost shoe sales.

Part of the reason for the overall stalled growth at Nike Basketball is the success of two-time MVP Steph Curry and Under Armour's entry into the basketball segment. According to Morgan Stanley, Under Armour's basketball shoe sales increased 350% in a year, led by Curry, who outsold any other current NBA player. 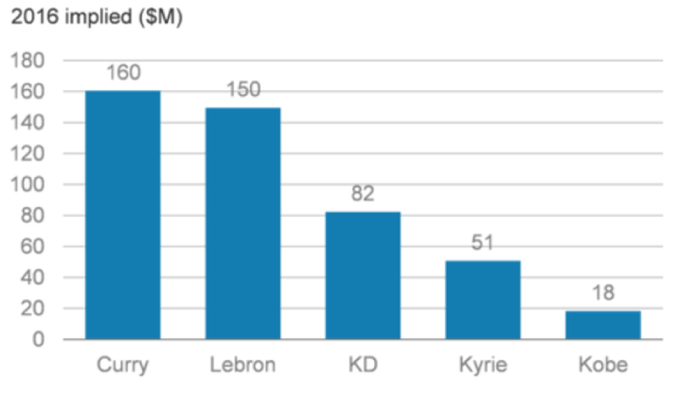 With James and Irving upsetting the historic run of Curry and the Golden State Warriors, Nike should see an uptick in its basketball brand over the next year. Additionally, Nike may be able to make a further dent in cannibalizing Under Armour as Kevin Durant joins Steph Curry as a teammate in Golden State. However, the NBA's current superstars will still be light-years behind Jordan, who hasn't played professionally since 2003. Despite Curry's rapid rise in popularity, and even as King James brings the city of Cleveland its first sports title in 52 years, the basketball shoe and apparel crown still belongs to Michael Jordan.