These dynamic and innovative tech stocks offer massive potential for growth in the years ahead. 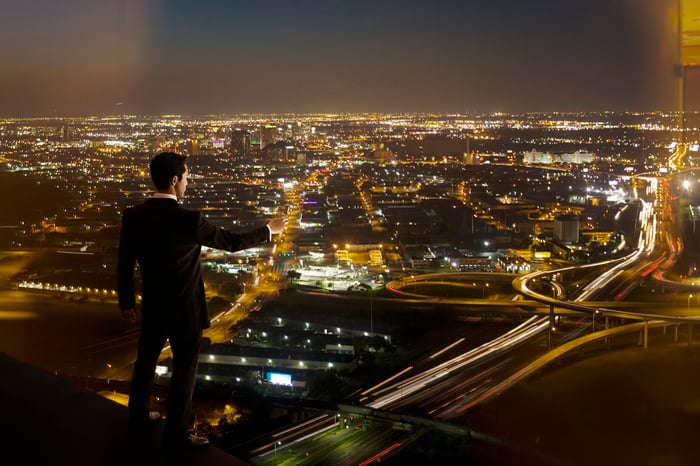 Investing in the best tech stocks can do wonders for your portfolio in the long term. The tech industry is fertile ground for companies with superior potential for growth and innovation, which can be a major return driver for investors. PayPal (PYPL -0.25%), TripAdvisor (TRIP 4.78%), and MercadoLibre (MELI 2.12%) are three promising businesses offering abundant room for expansion going forward.

Buying PayPal stock to profit from the digital payments revolution

As the global economy evolves over the decades, companies and consumers around the world are increasingly using more innovative and efficient payment methods. PayPal is at the same time a major driving force and one of the main beneficiaries from the digital payments revolution.

PayPal has 184 million active customer accounts as of the first quarter of 2016, having gained 4.5 million new accounts during the period. This includes 170 million buyers and 14 million merchants. Customers and merchants attract each other to the leading payment platforms, so scale and brand recognition are key sources of competitive advantage differentiating PayPal from smaller players trying to make inroads in the digital payments industry.

The company processed 1.4 billion transactions during the quarter, an increase of 26% from the first quarter in 2015. Total payment volume reached $81 billion, jumping by 31% year over year. Importantly, payment transactions per active customer increased by 12%, showing that user engagement is moving in the right direction.

Wall Street analysts estimate that PayPal will generate $10.7 billion in revenue during 2016, an increase of 15.7% from 2015 results. According to management, the total market opportunity for PayPal is worth around $2.5 trillion when considering both online and mobile digital payments, so the company still has enormous room for growth in the coming years.

Taking off with TripAdvisor stock

TripAdvisor is the top player in online travel metasearch. Consumers use TripAdvisor to search for hotel rooms and flights across multiple travel agencies, and the platform aggregates results from different sources in a single list to make comparisons easier and more informative. In addition, TripAdvisor offers reviews about restaurants and other attractions. This feature is not only valuable to travelers, but also to consumers looking for entertainment in their own cities and towns.

The company reaches 340 million unique visitors, offers over 350 million reviews and opinions, and covers more than 1.8 million hotels and other accommodations. There are over 4 million restaurants and 655,000 attractions around the world included in TripAdvisor's base, which makes the company an undisputed leader in its segment.

TripAdvisor is broadening its business model: The company's new instant booking service allows users to make reservations directly through TripAdvisor as opposed to being sent to online travel agencies for their purchases. While TripAdvisor needs to be careful not to hurt its partnerships with online travel agencies with this new venture, instant bookings could be a powerful venue to capitalize on the platform's user base and information.

TripAdvisor made $1.49 billion in revenue during 2015, a small fraction of the $492 billion consumers spent on online travel services last year. Besides, the global travel market is worth around $1.3 trillion, and a growing share of that money is being spent online. This massive growth opportunity bodes remarkably well for investors in TripAdvisor stock.

MercadoLibre: The eBay of Latin America

MercadoLibre and eBay (EBAY 0.88%) are closely related. To begin with, eBay is the biggest  shareholder in MercadoLibre, as it owns nearly 18% of MercadoLibre's capital. Besides, the two companies have similar business models. In addition to a marketplace matching buyers and sellers of all kinds of products across Latin America, MercadoLibre owns a digital payments platform, called MercadoPago, which plays a similar role for MercadoLibre to what PayPal used to do for eBay before the split in 2015.

MercadoLibre is the leading e-commerce player in Latin America. The company owns the top market position in countries such as Brazil, Mexico, Argentina, Colombia, Chile, and Venezuela, among several others. Currency fluctuations can be a source of uncertainty for investors in MercadoLibre stock, but the business is clearly firing on all cylinders, macroeconomic considerations aside.

The company has 151.5 million users on its platform and reported an annual increase of 19.6% during the first quarter of 2016. Items sold amounted to 38.3 million during the period, increasing by 39.4%. Total payment transactions through MercadoPago exploded 85.5% year over year last quarter, reaching 27.5 million.

The population of Latin America is nearly 627 million people, almost double the current population of the U.S. E-commerce is still an infant industry in the region, though, so MercadoLibre is roughly 8.5% the size of eBay in terms of expected revenue for 2016. As long as MercadoLibre remains positioned as the leading e-commerce player in Latin America, the company is likely to enjoy abundant growth opportunities in the years ahead.