The wireless network is offering Pokemon Go players one year of free in-game data consumption. But of course, Big Magenta wants something in return for this gift.

That arena is probably crawling with Pokemon monsters! Image source: T-Mobile US.

Pokemon Go is the hottest game on the planet right now. T-Mobile US (TMUS 0.62%) wants to tap into that surging trend while it's hot. In the spirit of T-Mobile's Uncarrier promotions, the mobile network's customers can now play Pokemon Go without chewing up their data plans.

Of course, it's not all about handing out free stuff to customers. There's something in it for T-Mobile as well.

In a tweet posted on Thursday, T-Mobile US CEO John Legere unveiled the Pokemon Go program. T-Mobile's offer goes beyond an impulsive tweet, though. The post also linked to a carefully crafted press release.

To take advantage of free data for the Pokemon Go app, T-Mobile customers must first fire up the T-Mobile Tuesdays tool on July 19. Among the usual batch of free Frosty shakes and Lyft rides, you'll also find one year of free Pokemon Go data. As icing on the cake, a small number of users will also get $100 of PokeCoins for in-game purchases, and an even smaller winner's circle is getting whisked away to chase Pokemon anywhere in the U.S.

What's in it for T-Mobile customers?

As it turns out, Pokemon Go is both hugely popular and a massive data drain.

For those unfamiliar with the game, players roam the streets (or countryside, or mall, and so on) in search of digital monsters and their special gathering spots. Walking around actually boosts your chances of finding more monsters, in ways that are not unlocked by the high-speed movement the phone reports while driving. Coupled with constant game progress connections and digital map updates, this game structure leads to consuming massive amounts of data.

According to an earlier Legere tweet, active players quadrupled their data use after installing the app. A quick search on your favorite social media platform will reveal hordes of Pokemon Go players who worry about exhausting their mobile data caps, often searching for the refuge of free Wi-Fi spots.

So there's demand for a way to play Pokemon Go without cutting too deep into your mobile data caps. 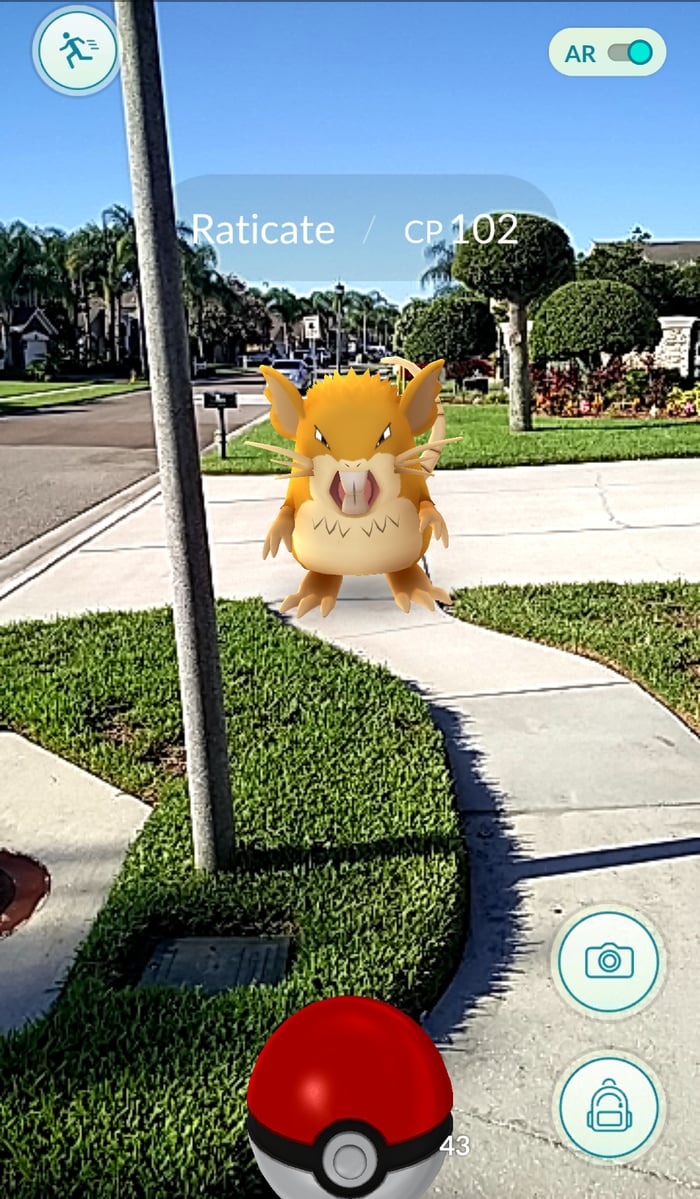 What's in it for T-Mobile?

This is more than the obvious grab for new, Pokemon-hungry users.

That is, of course, a part of the strategy here. Pokemon Go reportedly has more than 21 million daily users in the U.S., ahead of former popularity champions like Candy Crush Saga and Draw Something. Usage has surged past stalwarts like Facebook and Twitter, closing in on pre-installed everyday tools such as Google Maps. That's impressive stuff.

A handful of the most dedicated Pokemon Go players might indeed choose their mobile data service based on where the best gaming experience is found. Here, T-Mobile looks like a winner. But most will struggle on with limited mobile gaming and a never-ending search for well-placed Wi-Fi spots.

Moreover, this popularity surge is not likely to last forever. The choice to offer just one year of cap-friendly Pokemon Go action is pretty shrewd. Legere gets to hit this opportunity while it's hot, with no promises to keep the free data flowing when the trend cools down. Get a few new customers through the door with an attractive promotion, then hope that they stick around when it expires.

T-Mobile's Uncarrier program has used similar tactics to great effect. The customer count has nearly doubled in the three years of Uncarrier policies, and T-Mobile has grown faster than any of its larger rivals.

But I believe that Legere actually has his current subscribers in mind here. Giving away temporary freebies to a captive audience is likely to lower T-Mobile's customer churn rates. Forcing Pokemon Go fans to become familiar with the T-Mobile Tuesdays app only underscores this thinly veiled intention. The real target here is to increase the user count and week-by-week engagement with the Tuesdays app, which in turn should build a lasting attachment to the T-Mobile brand.

There's no huge immediate payoff here. T-Mobile will not harvest millions of additional subscribers from the Pokemon Go promotion. At best, we'll see a small drop in T-Mobile's churn rates over the next couple of quarters, but even that effect will probably be hard to separate from all the other promotional wins under the Uncarrier umbrella.

For what it's worth, T-Mobile's churn has declined from 2.5% before the Uncarrier program started to just 1.33% today. You'll get another churn update near the end of July, but do keep in mind that this report covers a period untouched by the Pokemon announcement. It's tough to get a short-term snapshot of long-term business bets like this one.