The package delivery giants are being forced to invest more to service e-commerce growth. Has this changed the way investors should value the stocks?

The rules of the game are slowly changing for United Parcel Service, Inc. (UPS -0.25%) and FedEx Corporation (FDX -0.45%). Whereas before the last recession the two companies were known for being correlated plays on global growth and trade, now they're increasingly relying on e-commerce growth. Meanwhile, another long term trend has also changed the nature of their earnings; customers that prefer slower, less expensive, and less time-sensitive delivery options.

In this context, let's look at what it all means to their businesses. Has it changed the way investors should look at the stocks?

Three trends since the recession

UPS and FedEx have faced two challenging long-term trends since the recession. First, in previous decades, global trade tended to grow faster than global GDP -- a good thing for package delivery companies -- but since the recession, the trend has reversed. One way to see this reversal is to compare worldwide airline passenger revenue, which grows in line with the economy, and cargo revenue: 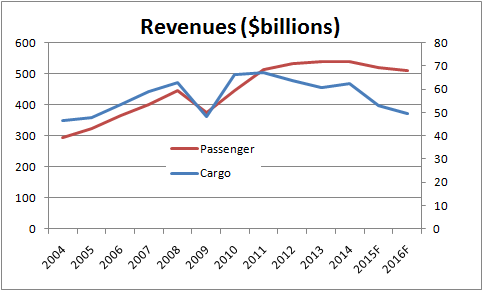 The second trend is also generally unfavorable. In short, customers have tended to favor slower, less expensive delivery options since the last recession. This trend is best seen in a long-term chart of FedEx's segment revenues. Ground has become much more important relative to express in recent years: 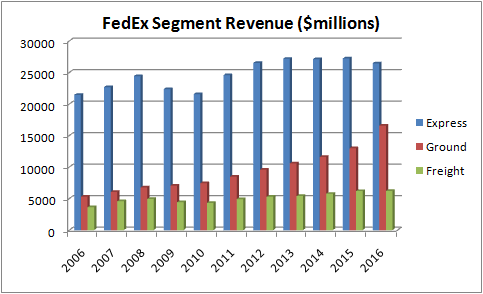 This is an issue for both companies, because faster, more time-sensitive deliveries generate more revenue per package.

E-commerce to the rescue?

So, with global trade disappointing and customers shifting to slower delivery options, both companies are increasingly relying on the third trend, e-commerce, to generate profit growth. The following chart shows how e-commerce continues to grow at mid-teens rates and is an increasing percentage of retail sales -- good news for delivery companies: 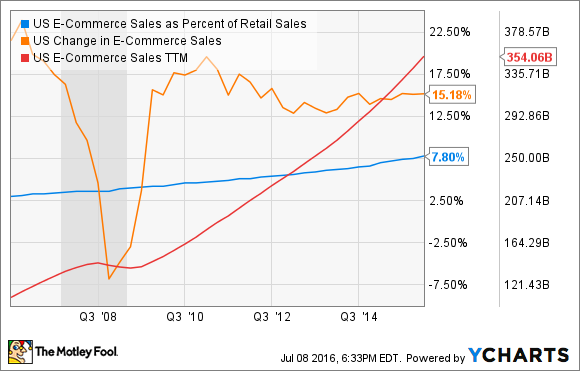 Putting all of this together, the key question is whether the changes in end markets -- global trade, delivery options, and e-commerce -- combined with the need for more capital spending have fundamentally changed the operating metrics for both businesses.

The best way to look at the matter is to measure long-term free cash flow (FCF) conversion. The following chart shows the two companies' FCF from sales in the past decade. UPS's conversion remains constantly higher than FedEx's, although both companies' rates have dipped in recent years: 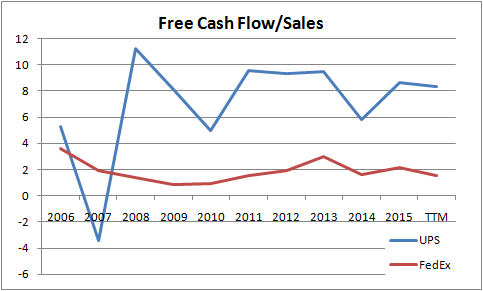 The increase in capital expenditures is not so pronounced at UPS, but then again the problems the company had in the winters of 2013 and 2014 in dealing with peak demand from e-commerce suggest that UPS may need to invest more in its network in the future. UPS plans to keep capital spending to a range of 4.5% to 5% in the next few years -- is this too optimistic? 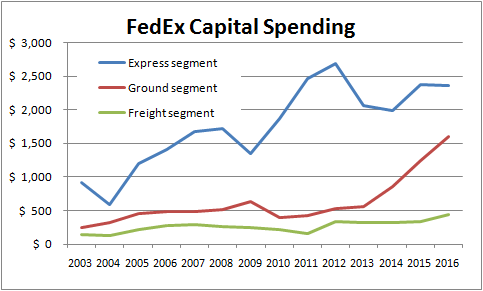 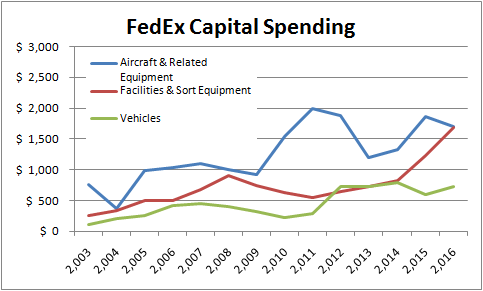 All told, it's clear that if conditions continue as they are now, then it's probably a good idea to assume that UPS and FedEx's FCF conversion could fall a bit in future years. In other words, when you look at FCF-based valuations for the two companies, it's best to factor in a margin of safety into any valuation. On this basis, both stocks are starting to look overvalued. 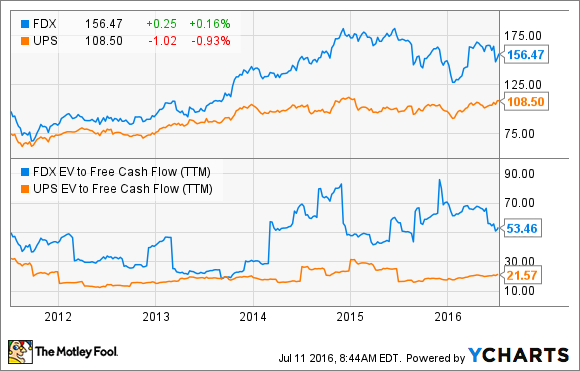 E-commerce brings benefits, but it also creates spending requirements -- something investors need to keep an eye out for, particularly with regard to FCF conversion assumptions.

Is FedEx a Good Dividend Stock After the Biggest Single-Day Crash in Company History?
358%