The semiconductor manufacturer will be reporting results from a rough quarter. Here's what investors should expect to see. 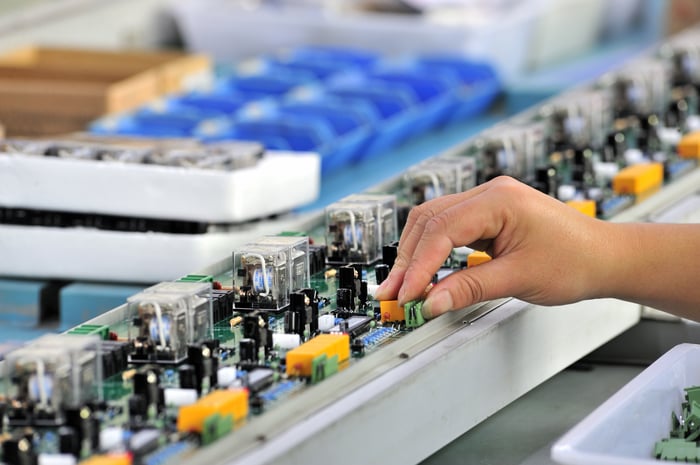 Much digital ink has been spilled about the industrywide slowdown in smartphone sales, particularly the iPhone. That fact is putting a lot of pressure on every company that counts itself as an Apple supplier, which includes Skyworks Solutions (SWKS -0.30%).

Analysts have been cutting the company's earning estimates over the last few months, and a few have even downgraded their rating on the company's stock. Understandably, those moves have caused Skyworks' share price to trade erratically, with the end result being that shares are currently down more than 12% since the start of the year. 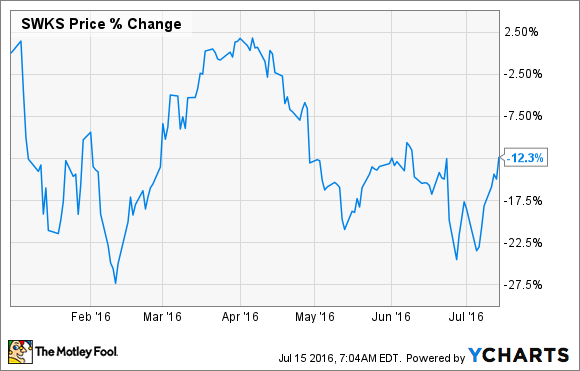 With the company set to report results from its fiscal third quarter on July 21, here are a few areas that I'd suggest investors pay attention to.

Skyworks' management team provides a forecast of what to expect from the company each quarter. For years, the company has been guiding for upbeat results, and Skyworks has a history of outperforming even those bullish expectations.

However, the company isn't feeling great about its prospects for this quarter and actually shared some downbeat news. Here's a look at what the company believes will happen this quarter:

As you can see, the iPhone slowdown is going to take quite a toll on the company's financial statements. That's particularly true when you consider that Skyworks revenue from its non-iPhone product lines are still growing by double digits.

Investors will want to compare the company's actual results against this forecast to see how the company is faring in this challenging time.

In an effort to reduce its dependence on the iPhone, Skyworks has wisely been building out its business in a number of new and growing markets over the past few years. The company is pushing hard to become a leader in the Internet of Things trend, and each quarter usually brings announcements of new design wins in a range of growth industries.

In the recent past we've seen wins in smartwatches, smart TVs, industrial GPS tracking devices, and more. Last quarter we even saw the company expand its presence with other smartphone providers like Samsung.

Shareholders should keep their ears open to see if the company was successful in its efforts to expand its reach into new markets yet again.

With Skyworks' share price down significantly from its 52-week high it will be interesting to see if the company once again ramped up its share repurchase efforts. We saw that happen last quarter when management bought back more than 2 million shares for an average price of $67.50.

The company's shares have consistently traded well below that figure since its last reported earnings were released, so it's not hard to believe that the company once again retired a ton of shares. After all, as of April 1 the company had more than $1.1 billion in cash on its books and no debt, so it's not like the company can't afford it.

Finally, investors will want to know if the worst of the decline is in the past, or if the upcoming quarter will be another painful one.

The markets currently aren't expecting much. Consensus forecast for revenue in the fiscal fourth quarter is only $831 million, which would represent a year-over-year decline of more than 5%. That's an improvement over the 7% decline that's expected this quarter, but still not what investors want to see.

How will the company perform in these few areas? We'll have answers on July 21..