Investors expect weak revenue and earnings from the engine maker for the foreseeable future. Will things turn around sooner than expected? 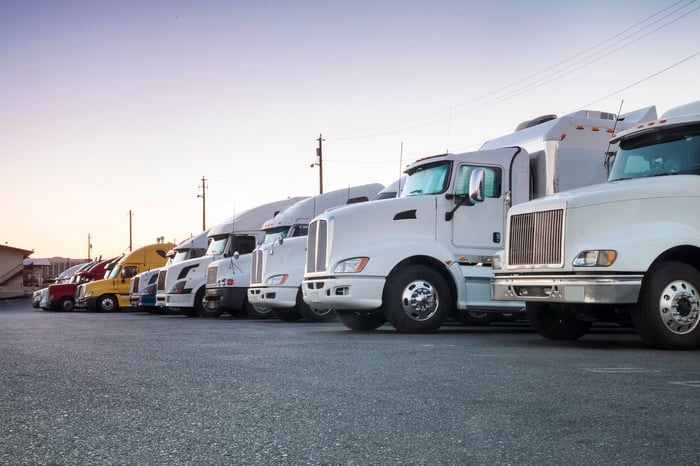 Cyclical businesses often have to endure long periods of weakness, and Cummins (CMI -0.75%) has had to deal with multiple hits to its business over the past several years. Despite strong economic conditions in the U.S., weakness overseas has eaten into sales of the vehicles and equipment that have Cummins engines powering them. Coming into its second-quarter financial report on Aug. 2, Cummins investors have little hope that the company will avoid further contraction in its top and bottom lines, but bulls still want to see signs that the worst of times for the engine maker might be coming to an end.

Let's take an early look at Cummins to see if it can turn the tide in the near future.

What's ahead for Cummins earnings?

In recent months, investors have become somewhat more optimistic in their expectations for Cummins earnings. They've boosted their projections for the second quarter by 1% and made a more extensive $0.15 per share boost to their full-year 2016 estimates. The stock, though, has treaded water lately, rising less than 1% since mid-April.

Cummins' first-quarter financial report was just the latest example of the ongoing struggles the engine-maker has faced for quite a while. Revenue fell nearly 9%, and net income dropped by more than a sixth, but both figures were at or above what investors following the stock had expected to see. Of some concern was the fact that U.S. sales were weaker than Cummins' international business, reversing a long trend that had reflected the relative strength in the U.S. economy. Poor demand in the power generation, oil and gas, commercial marine, and mining industries have all contributed to sluggish sales overall at Cummins. Investors will need to expect those areas to keep holding Cummins back until they can rebound more sharply.

One big problem Cummins faces is that users of equipment that carry its engines haven't necessarily been operating at full capacity, so unused equipment has led to fewer orders for new replacements. In addition, given the financial strains some companies in the mining, energy, and transportation sectors are facing, using older equipment for a longer period of time has become an increasingly popular option. The ability to use unused old equipment for parts has enhanced the ability of enterprising users to extend the operating lifetimes of their machinery. Cummins investors hope that eventually, pent-up demand will lead to explosive sales growth, but no signs of an imminent bounce-back have emerged as of yet.

Should Cummins investors be worried?

Since Cummins' last report, other players in the industry have reported that challenging conditions persist. Trucking giant Daimler Trucks said in late May that it expects 2016 sales and operating profit to fall substantially compared to 2015 levels, pointing to an adverse environment nearly worldwide. In North America, Daimler expects the heavy-duty segment to shrink by 15%, and Middle East sales are getting hurt by low energy prices. Strong demand in Europe has been offset by equally strong competition, and the emerging markets of Brazil and Indonesia are seeing worsening conditions.

However, Cummins isn't letting concerns about the future stop it from maintaining its commitments to shareholders. The engine-maker announced earlier in July that it would raise its dividend by 5% to $1.025 per share on a quarterly basis. The increase is a lot smaller than Cummins' 25% boost in 2015, but it does extend the company's streak of annual dividend boosts to 11 years. Cummins now carries a dividend yield of 3.5%, rewarding income investors for their willingness to hold through a cyclical downturn.

In the Cummins earnings report, investors should look for any comments about a potential rebound in the key segments the company serves. Rising oil and commodity prices could help make Cummins customers stronger, and that, in turn, could translate to greater sales. A turnaround will take time, but upward cyclical swings should eventually help Cummins regain its positive momentum.

Dan Caplinger has no position in any stocks mentioned. The Motley Fool owns shares of and recommends Cummins. We Fools may not all hold the same opinions, but we all believe that considering a diverse range of insights makes us better investors. The Motley Fool has a disclosure policy.