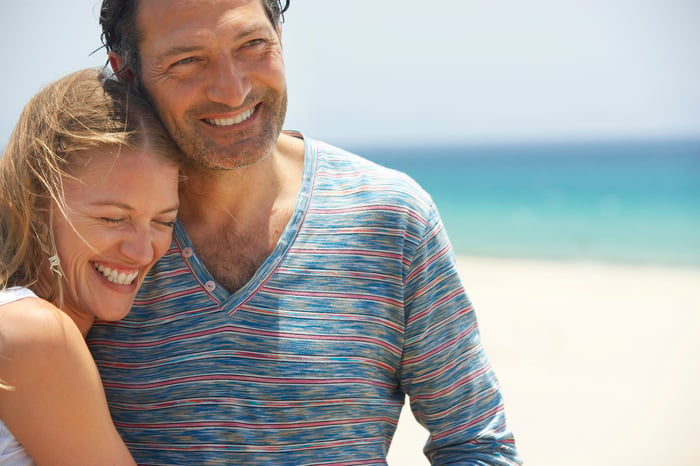 Most investors in their 40s have a lot of time until retirement, and this can be a major advantage. With time on your side, you can tolerate short-term volatility in exchange for superior upside potential over the long term, which allows you to focus on innovative companies with superior potential for growth, even if they tend to be more volatile than big and stable corporations operating in mature industries.

For this reason, names such as Expedia (NASDAQ:EXPE), and Shake Shack (NYSE:SHAK) are compelling candidates for investors in their 40s looking to position their portfolios in businesses with attractive potential for appreciation in the coming years.

Expedia is the leading industry player in the U.S., while rival Priceline (NASDAQ:BKNG) has a bigger presence in international markets. Expedia and Priceline have made multiple acquisitions over the last several years, and industry consolidation is a major plus for investors. Since Expedia and Priceline own an almost-duopolistic position in the business, pricing competition is under control, and both companies operate with healthy profitability levels.

The company operates under different brands such as Expedia.com, Hotels.com, Travelocity, Orbitz, Wotif, AirAsia, and HomeAway, among others. As of the the first quarter of 2016, Expedia has over 282,000 hotels and other accommodations across its platforms, an increase of 23% versus the same quarter in the prior year.

Consumers around the world are increasingly going online to purchase all kinds of products and services, and the travel industry is no exception. In this context, Expedia produced $18.88 billion in gross bookings last quarter, an annual increase of 32%. Revenue during the period amounted to 1.9 billion, jumping by 42%. Expedia consolidated the acquisition of Orbitz Worldwide and HomeAway during the quarter, and these acquisitions added 28 points of revenue growth.

Wall Street analysts are, on average, expecting Expedia to make $8.89 billion in revenue this year. The travel industry is worth $1.4 trillion, and online players are rapidly gaining share versus traditional operators in the business. This abundant room for growth could be a powerful driver for investors in Expedia over the years ahead.

Shake Shack is one of the most promising growth stories in the restaurant industry nowadays. The company operates in the fast-casual restaurant segment, meaning the companies that provide a similar experience to traditional fast-food chains, but offer superior ingredients for a few additional dollars. Shake Shack serves hamburgers, hot dogs, and shakes made with fresh and natural ingredients, and the company is rapidly gaining ground in the industry.

Shake Shack reported $54.2 million in revenue during the first quarter of 2016, a whopping increase of 43% versus the same quarter in the prior year. Same-store sales grew 9.9% during the period, and the company opened three new restaurants in the quarter. Management is successfully driving growth through innovation. Shake Shack introduced its new Chicken Shack sandwich in January, and the new menu item was the biggest contributor to traffic in the first quarter.

The company opened its first restaurant in California last quarter, and demand was quite strong in this new market. In the words of CEO Randy Garutti: "While we generally don't comment on unit-specific data, we are really excited to share that this first California Shack has been one of the strongest openings in our 12-year history."

The restaurant base is relatively small, which allows plenty of room for expansion going forward. There are 47 domestic and company-operated Shake Shacks as of the end of the first quarter, in addition to 41 licensed units, 36 of them in international markets. In a sign of confidence, management recently raised its guidance for restaurant openings in 2016, from 13 to 16 new units for the full year.

Expedia and Shake Shack are two remarkably different companies operating in dissimilar industries, and with their own weaknesses and strengths. On the other hand, the two companies have two important characteristics in common: They are delivering impressive financial performance, and they also offer attractive room for expansion going forward.