Long-term Moody's (NYSE:MCO) investors have enjoyed impressive gains, with shares of the credit-rating titan up more than 180% over the past half-decade. 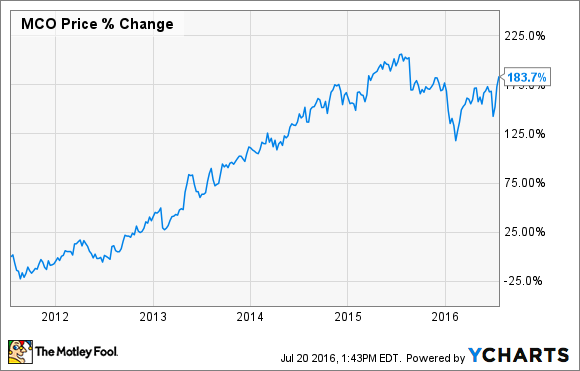 Yet in more recent times, Moody's returns have been less than stellar -- and much more volatile. At one point in February, Moody's shares were down nearly 30% before recovering to their current level of about 8% lower than the price they traded at this time last year. 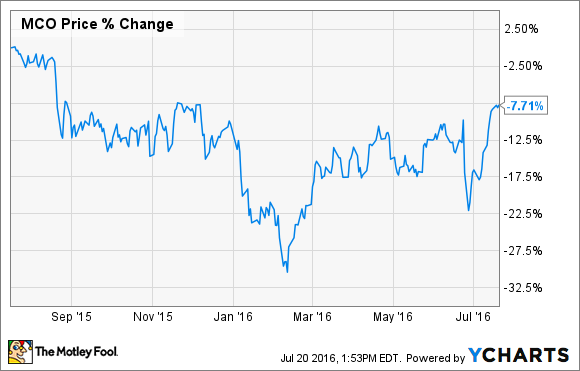 Is heightened volatility the new norm for Moody's stock price? Or is this just the beginning of another multiyear bull run? Here are some key items to look for in Moody's second-quarter results that will likely help determine the answer to that question.

What impact will Brexit have?

Although global markets have largely recovered from the shock of the Brexit vote, the significant foreign exchange movements that have occurred since the referendum by British voters to exit the European Union will likely still impact Moody's business. In addition, volatile macro environments tend to reduce demand for bond issuance, which in turn lowers demand for credit ratings. Investors will want to know just how large an impact these factors had on Moody's business in the second quarter, as well as management's expectations as to their impact in the quarters ahead.

One area of Moody's business not impacted by debt issuance activity is its analytics division. So, while revenue for Moody's investors service division (which includes its credit ratings operations) fell 13% to $525 million in the first quarter, sales at the company's analytics business rose 11% to $291 million. Moody's Analytics also comprises a large portion of the company's recurring revenue, which in total represented 55% of Moody's overall revenue.

Investors will want to see continued strong results in Moody's analytics business that puts the company on pace to hit management's full-year guidance for revenue growth in "the high-single-digit percent range." Further progress in Moody's shift to a more recurring mix of revenue will also likely be well-received by shareholders.

Moody's will announce its second-quarter financial results on Friday, July 22, before the financial markets open. Investors can tune in to its live conference call, where management will discuss the quarter's results at 11:30 a.m. ET. Both the release and a link to the conference call will be available at the company's investor-relations website.