Facebook is beefing up its targeted ads, and introducing new ways to persuade users to download apps.

Facebook (META -1.19%) knows that, in order to keep the interest of advertisers and developers, it needs to continue finding innovative ways to get users to click on the ads it serves them. That's why the company recently introduced two new elements to its advertising platform.

The first is called App Event Optimization, which is just a fancy name for allowing advertisers to target users who will be the most likely to take "valuable and repeatable actions" within apps. Facebook says this will help developers to create long-term value after an app is installed. The ads are targeted not just to people who are likely to download an app while scrolling through the Facebook News Feed, but who are likely to take a specific action within the app (like buying something). 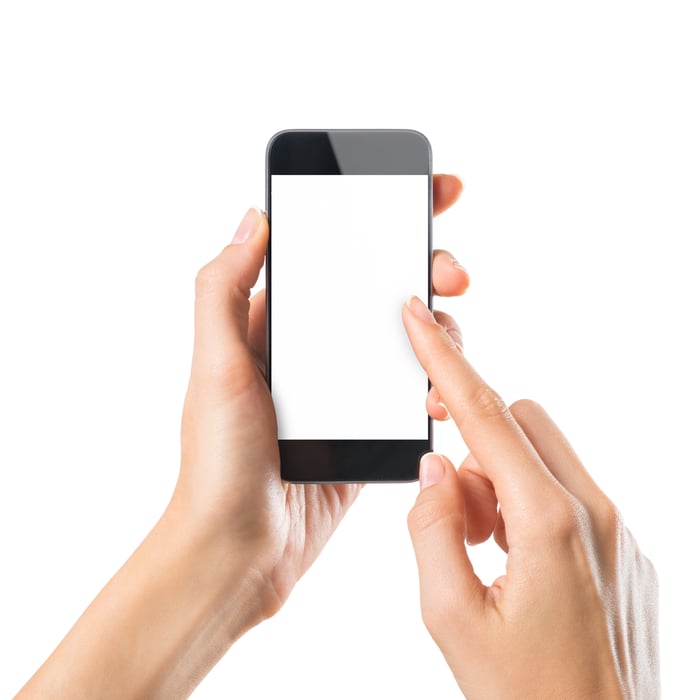 The company says that it knows which users are more likely to engage with an app after it's downloaded because of the data it's collected from its Facebook and Instagram users, and its Audience Network. The company said it is "uniquely able to determine whether a person is likely to take actions based on historical data and people with similar characteristics."

Additionally, Facebook introduced two new types of app-install ads. The first is called a Dynamic ad, which taps into a user's web searching history to find out which products they're interested in, and then automatically serves them an app-install ad that will allow them to buy that product once they install the app.

The second type of ad is called a Canvas ad, which will allow users to try out a mobile app right within Facebook, before they download it. For example, Facebook users would be able to play part of a mobile game first, to try it out before actually downloading the app.

The company says that App Event Optimization is already available worldwide, and the Dynamic and Canvas ads will come over the next few weeks worldwide.

Facebook's making a smart move with these new app advertising features for two reasons. The first is that app downloads within the U.S. are trailing off. According to research by Nomura, the top 15 app publishers saw their app downloads drop by an average of 20% back in May.

Advertisers and developers are looking for new ways to make apps stand out, and Facebook's new, targeted Canvas and Dynamic ads could do the trick. Of course, this could benefit Facebook tremendously, as well. Ads for app-installs account for 10% to 20% of the company's total ad revenue right now. Facebook could grow this segment even more, and put additional pressure on Alphabet's (GOOG -3.29%) (GOOGL -2.75%) Google's advertising.

Last year, Google's app-install ads only brought hundreds of thousands of installs, according to the company. But Google announced at its developer conference back in May that the number has now hit 2 billion. That's a significant jump in app installs from its ads, and it now matches Facebook's.

There's no denying Facebook's ability to grow advertising revenue. The company increased it by 57% year-over-year, to $5.2 billion, in Q1 2016.

Facebook has been able to do this by successfully tapping into new areas for advertising growth, such as video ads and, most recently, live streaming. Adding more options for advertisers and developers to be successful is exactly what investors should be happy to see from Facebook.

Right now, the market for mobile app install ads is worth about $5.4 billion, but BI Intelligence expects that to reach $6.8 billion by 2019. Facebook is in a prime position to tap that market further, with its massive amount of user knowledge. And it appears the company is already putting that data to good use with its new app-install ads.

Suzanne Frey, an executive at Alphabet, is a member of The Motley Fool's board of directors. Chris Neiger has no position in any stocks mentioned. The Motley Fool owns shares of and recommends Alphabet (A shares), Alphabet (C shares), and Facebook. We Fools may not all hold the same opinions, but we all believe that considering a diverse range of insights makes us better investors. The Motley Fool has a disclosure policy.