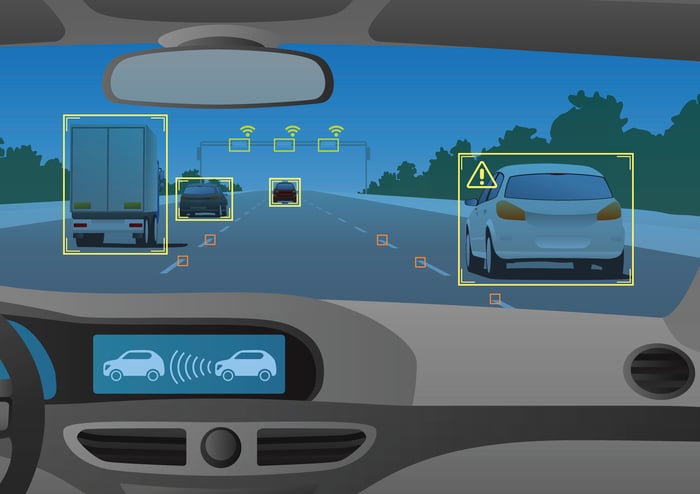 Autoliv's (ALV -1.60%) solid start to 2016 continued during the second quarter, though organic growth lagged its expectations. That said, total sales growth was robust thanks to its recently launched Autoliv-Nissin Brake Systems (ANBS) joint venture along with healthy growth in active safety products for driver assist systems. This solid performance positions the company to hit its full-year organic revenue growth target, while also putting it on the path to surpass its long-term sales goal.

As Autoliv CEO Jan Carlson, in commenting on the quarter, noted:

The transformation of Autoliv continues and in the first six months of 2016 we saw continued strong order intake, which is likely to continue. This is a positive development for our future growth and our current long-term outlook now shows that we should surpass our end of decade sales target of $12 billion... Besides the strong developments in passive safety we also saw several positive developments in our electronics business. We secured important customer wins, Autoliv-Nissin Brake Systems had a solid start in its first quarter of operations and in active safety we grew 30% organically.

While organic sales, in general, were below guidance, Autoliv didn't see that as a trend. Instead, it was very encouraged by the robust organic growth in active safety systems as the industry shifts toward self-driving cars. Autoliv noted that luxury brands like Mercedes and BMW were driving the growth of its active safety product sales, specifically pointing out that "radar related products contributed primarily as a result of Mercedes' increased demand for driving assistance products." While also noting that "sales of vision systems to BMW also contributed" to that segment's strong performance. The company is actively pursuing additional products in this and other categories and hired 400 engineers last quarter alone with plans to hire another 1,000 over the next year to be on the leading edge of adoption.

Matt DiLallo has no position in any stocks mentioned. The Motley Fool recommends Autoliv and BMW. We Fools may not all hold the same opinions, but we all believe that considering a diverse range of insights makes us better investors. The Motley Fool has a disclosure policy.