Please ensure Javascript is enabled for purposes of website accessibility
Log In Help Join The Motley Fool
Free Article Join Over 1 Million Premium Members And Get More In-Depth Stock Guidance and Research
By Ben Estep - Jul 22, 2016 at 10:45AM

Nintendo shares have almost doubled since the launch of Pokemon Go, but it's too soon to tell if the game will have a sustainable impact on its bottom line. 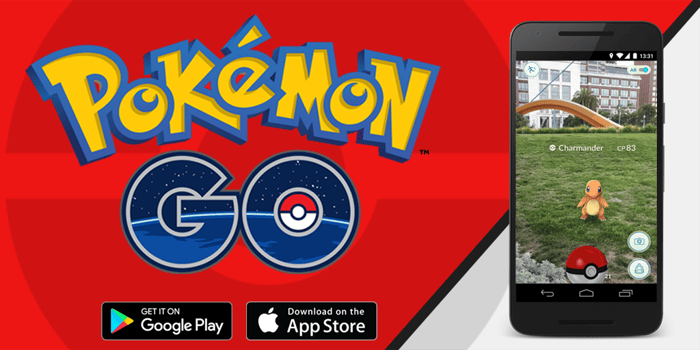 Nintendo's (NTDOY -0.52%) stock continues to soar in the week following the phenomenal popularity of the new app Pokemon Go -- but does that justify the roughly $17 billion increase in the company's market cap? Maybe, but I think it's too soon to tell.

The success of Pokemon Go is undeniable. According to app store optimization firm Sensor Tower, it is the fastest mobile game to reach 10 million downloads, hitting the mark in only seven days. As of July 19, the game has been downloaded more than 30 million times worldwide and has earned more than $35 million in net revenue. This figure is especially impressive considering that the game has only launched in 30 countries, with plans to launch in several key markets -- including Japan -- over the next several weeks.

Let's take a look at the many companies profiting from Pokemon Go's success, its future prospects, and why investors are rushing to buy Nintendo stock.

Where is the profit flowing?

It's tough to determine how much profit Nintendo will reap from Pokemon Go for several reasons. First, the ownership structure of Pokemon Co. and Niantic Labs, the app's developer, is incredibly complicated. The Pokemon Company is responsible for marketing and licensing the Pokemon franchise, and Nintendo owns 32%, sharing ownership with Game Freak and Creatures. Nintendo also has a minority stake of roughly 10% in Creatures.

Because of the complicated ownership structures, it's tough to figure out the potential earnings for each company involved. Pokemon Go will be a moneymaker for Nintendo, but there are quite a few companies cashing in on the craze. The future successes of Nintendo's wholly owned mobile games could be much larger profit drivers than Pokemon Go.

The future of Pokemon Go

While Pokemon Go in-app purchases have the potential to generate $584 million in yearly revenue based on current daily revenue estimates of $1.6 million, this doesn't justify a $18 billion increase in Nintendo's valuation.

It's hard to accurately value the financial impact of Pokemon Go. Investors are looking at recent acquisitions of King Digital, the maker of Candy Crush, by Activision Blizzard(ATVI 0.09%) for $5.9 billion and SoftBank Group's(SFTB.Y 1.02%) sale of Supercell to Tencent Holdings(TCEHY -3.98%) for $10.2 billion. The market clearly thinks the added income potential from sponsorships makes Pokemon Go far more valuable than King Digital and Supercell.

According to Niantic CEO John Hanke, the company will soon offer the opportunity for retail establishments and restaurants to pay to become sponsored locations, a strategy successfully implemented with Niantic's previous game Ingress. McDonald's (MCD -0.35%) is Pokemon Go's first paying sponsor, paying an undisclosed amount to turn its 3,000 locations in Japan into "gyms" where players must visit to battle their Pokemon. Ultimately, Niantic's ability to continue to monetize these sponsorships is dependent upon the continued popularity of the app. If successful, this should greatly boost Nintendo's potential profits.

What investors are betting on

Earlier in the year, Nintendo President Tatsumi Kimishima stated, "As we report the results of the last fiscal year, we also look forward to an exciting period ahead with further growth in our mobile business, new products for our dedicated video game systems, and continued progress in our efforts to increase the number of consumers experiencing our IP through games, licensing, and expanded entertainment."

Nintendo has been slow in developing a strong mobile gaming initiative, and Pokemon Go is reassuring investors that Nintendo is focused and able to execute its strategy. With plans to launch two mobile games this year based on the popular Fire Emblem and Animal Crossing series -- which have sold roughly 32 million units as console games -- the hits could keep coming.

Nintendo is also launching a new console, the NX, in early 2017. Few details have been released, but consoles are usually a more sustainable revenue driver for gaming companies. While Pokemon Go's success and Nintendo management's future strategy are certainly promising, nothing I've seen leads me to believe they'll be able to deliver on investors' lofty expectations.