Please ensure Javascript is enabled for purposes of website accessibility
Log In Help Join The Motley Fool
Free Article Join Over 1 Million Premium Members And Get More In-Depth Stock Guidance and Research
By Daniel Sparks – Jul 25, 2016 at 11:20AM

It's time for shareholders of the two companies to start thinking more seriously about the implications of this potential deal. 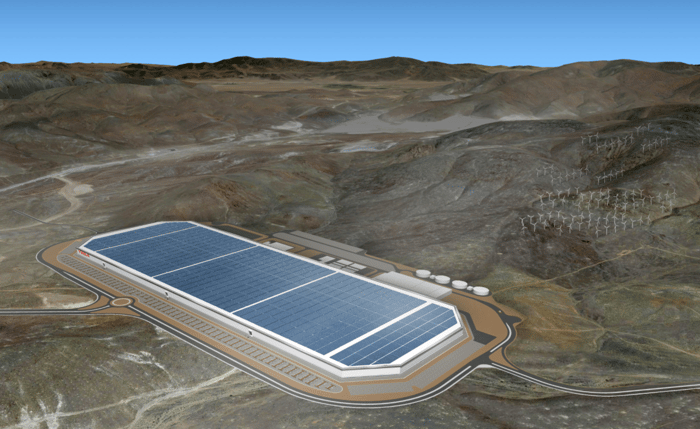 Electric-car maker Tesla Motors' (TSLA 0.03%) offer to acquire SolarCity (SCTY.DL) may get one step closer to closing in the coming days if Reuters' weekend report about the potential deal is true. Tesla and SolarCity "have made progress in putting together a deal that will merge the electric car maker and the solar panel installer," Reuters' Liana Baker reported over the weekend.

The two companies, which count billionaire Elon Musk as a major shareholder, are in the final stages of carrying out due diligence on each other, and could agree on the terms of a deal in the coming days, though it is still possible that their negotiations end unsuccessfully, the people said on Saturday.

The news of Tesla potentially closing a deal with SolarCity this week comes just ahead of the company's party with Tesla customers on Friday for the grand opening of its Gigafactory, where Tesla will produce batteries for its vehicles and for its energy storage products in partnership with Panasonic. Tesla CEO Elon Musk said last week in the second part to the company's master plan that Tesla planned to combine its energy storage solution and SolarCity's solar panels into a single, integrated product.

"Create a smoothly integrated and beautiful solar-roof-with-battery product that just works, empowering the individual as their own utility, and then scale that throughout the world," Musk said. "One ordering experience, one installation, one service contact, one phone app."

Musk also said in the new blog post that the separation of Tesla's original plan to move into solar power was "largely an accident of history."

As chairman of both companies, Musk and has recused himself from voting on the acquisition at each.

There are undoubtedly implications for shareholders of both companies if Tesla does acquire SolarCity since the two companies are operating in largely different segments. For Tesla, investors need to consider what entering the Solar business means. SolarCity shareholders will have to decide whether Tesla shares will be worth holding, given that Tesla is opting to pay for the acquisition with stock -- not cash.