Please ensure Javascript is enabled for purposes of website accessibility
Log In Help Join The Motley Fool
Free Article Join Over 1 Million Premium Members And Get More In-Depth Stock Guidance and Research
By Daniel B. Kline – Jul 25, 2016 at 8:38AM

The company will share details from its first quarter after taking responsibility for millions of former Verizon customers.

Frontier Communications (FTR) has had a turbulent quarter.

At the time the deal was completed CEO Daniel J. McCarthy noted its importance in a press release.

This is a transformative acquisition for Frontier that delivers first-rate assets and important new opportunities given our dramatically expanded scale...It significantly expands our presence in three high-growth, high-density states, and improves our revenue mix by increasing the percentage of our revenues coming from segments with the most promising growth potential.

That's all very true but the future of the company will hinge on how the company handles its new territories and whether it can not only hold onto what it bought from Verizon, but also grow the business. 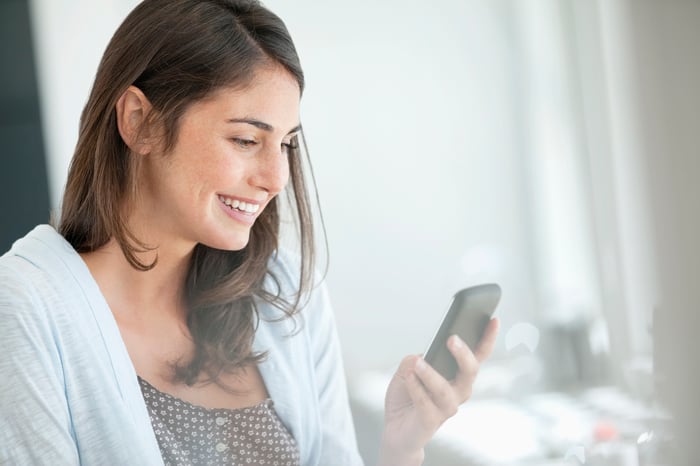 It has not been an easy transition

McCarthy has talked often about the complexity switching millions of customers from Verizon to his company.

"After a month of operating these properties, we are very pleased with the progress we have made, and we want to thank customers for their patience during the transition period," he said in the Q1 earnings release.

That patience has been needed as there have been problems in all three states. In California, for example, as of July 11, the Public Utilities Commission has received 1,621 complaints statewide from Frontier customers regarding service problems, and since June 4, the commission has received between 48 and 58 complaints a week, agency spokesman Christopher Chow said in an email, The San Bernadino Sun reported.

Those issues are very similar to what happened in 2014 when the company moved in Connecticut buying customers from AT&T. In that case it was a very rough transition with thousands of complaints filed, but after a few months the kinks were worked out.

That should be what happens here. Frontier has been clear from April 1 when the switch took place that problems were to be expected. These issues -- which involve everything from internet outages to billing issues -- actually seem pretty reasonable given the number of connections involved.

Has it settled down?

The issue for Frontier is not whether it had problems in Q2 -- those were to be expected -- but whether its handling of them was fast enough for consumers. Because the company operates as a second choice in all of its markets, working against an established incumbent, Frontier's customers have the option to leave.

In Q1 the company lost 10,300 video customers while gaining 24,600 broadband subscribers. That's in-line with industry trends and similar numbers (albeit adjusted for a bigger scale) would be a cause for celebration.

Frontier has been very aggressive in fixing problems and that's probably enough to stop any major erosion in its newly acquired user base. It's not all that easy to switch cable and internet providers so most people will not do so simply because there were some hiccups.

That means that there should not be any major surprises when Frontier reports on August 1. The company will likely post a small loss or a small gain in cable customers while adding internet users. If that happens it's a good sign which sets the brand up to make a push toward growth in its new markets.

Ultimately whether it can add subscribers will tell its long-term story, but for Q2, the status quo should be fine and that's what investors should expect.

Daniel Kline has no position in any stocks mentioned. He is a relatively happy Frontier customer.  The Motley Fool owns shares of and recommends Verizon Communications. We Fools may not all hold the same opinions, but we all believe that considering a diverse range of insights makes us better investors. The Motley Fool has a disclosure policy.