Medicare covers an extensive range of healthcare services, but it doesn't cover everything. 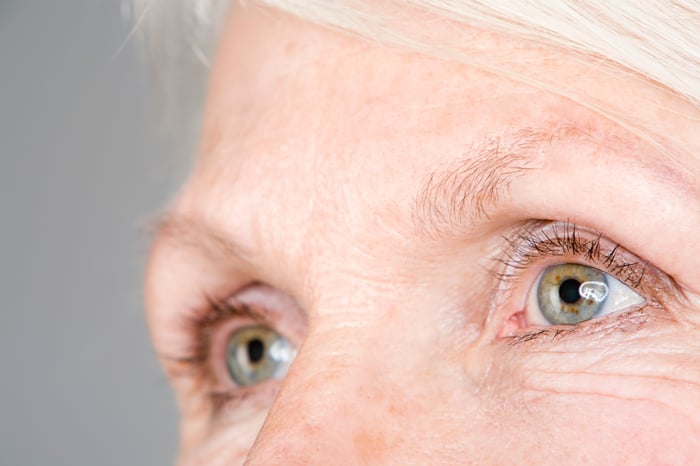 Roughly 10,000 baby boomers turn 65 each day, which finally makes them eligible for Medicare coverage. That's great, as Medicare is a popular social program that helps millions of seniors pay for healthcare services that they otherwise might not be able to afford.

Believe it or not, Medicare generally doesn't cover many ophthalmological services at all. That includes a very basic list of things that millions need to see properly, such as contact lenses or eyeglasses. Even routine eye exams won't be covered. If you're in need of any of those things, then you'll likely be forced to pay for them yourself.

That fact is surprising, especially when you consider that the American Optometric Association states that vision problems tend to start for most people in their mid-40s. Time only makes the problem worse, which is why why so many seniors are forced to carry around prescription glasses. And yet, in most cases, those glasses won't be paid for by Medicare.

Of course, there are a few exceptions to the rule, assuming certain conditions are met. As an example, if you have cataract surgery, then you can use your Medicare Part B benefits to get corrective lenses.

People with diabetes are also entitled to have an annual eye exam to test them for diabetic retinopathy, and if your doctor says that you are in a high-risk group for developing glaucoma, then Medicare will cover an annual test. Other than than, you're basically on your own.

Roughly half of seniors over age 75 have some kind of hearing impairment, according to the National Institutes of Health. While Medicare will help to cover the cost of many hearing-related diagnostic tests, you'll be forced to pick up the tab yourself if your doctor recommends that you should get a hearing aid.

That's troubling, as hearing aids aren't exactly cheap. AARP reports that the average price of a mid-tier pair of hearing aids is roughly $4,450.

This fact causes many seniors to simply forgo treatment altogether. In fact, nearly 60% of the 9 million seniors with hearing loss do not use hearing aids at all, which is a huge problem. The National Council on the Aging has published a study showing that hearing loss can lead to a wide range of social and emotional problems, including depression, paranoia, and anxiety. It also reduces a person's willingness to participate in organized social activities.

Finally, you might be shocked to learn that Medicare doesn't cover a wide range of dental services. While it will pay for extreme dental emergencies that result in a trip to the hospital, it won't cover the basics, like preventative cleanings or cavity fillings. Dentures are also completely out of the picture.

That's unfortunate news, especially because seniors face an increased risk for developing cavities. That's owed to the fact that many of the medications that seniors take cause dry mouth as a side effect, which makes it particularly difficult to maintain good oral health.

You might not think that this is a big deal, but it is. The Academy of General Dentistry says that there's a direct relationship between periodontal disease and more-serious health conditions like stroke and heart disease. That makes it imperative for seniors to practice good oral hygiene, and routine trips to the dentist can go a long way toward keeping your mouth healthy. The fact that Medicare won't cover these trips is a bit of a head scratcher.

If you're concerned about these coverage gaps, then you might want to look into buying a Medicare Advantage Plan, because many of them offer coverage where regular Medicare falls short. Of course, every plan is different, so before you sign up, you should inquire about the coverage options for the services listed above that you want help with.

Medicare Advantage plans also offer other benefits that many seniors might find attractive. A big one is that most plans set an upper limit on out-of-pocket maximums that you'll have to pay in any given year. That feature can be worth its weight in gold if you're ever hospitalized for a serious medical problem.

There are usually extra costs involved if you choose to enroll in a Medicare Advantage Plan, but for the most part, premiums are relatively affordable. For 2016, the Centers for Medicare and Medicaid Services estimate that the average senior pays an extra premium of $32.91 per month, though there are some plans out there that do not cost a penny more.

If you're interested in learning more about these plans, then head over to Medicare's helpful plan finder website to see if there's a plan that's right for your situation.