Will the conversion of its restaurants into PokeGyms across Japan win back diners?

Niantic's Pokemon Go, the record-breaking app which has already surpassed Twitter, Netflix, and Spotify in daily active users, finally arrived in the franchise's home market of Japan on July 22. Its first sponsor there is McDonald's (MCD), which will convert its 3,000 stores across the country into Pokemon Go "gyms".

Let's discuss what that partnership could mean for McDonald's and Nintendo (NTDOY -0.19%), which owns a stake in The Pokemon Company. 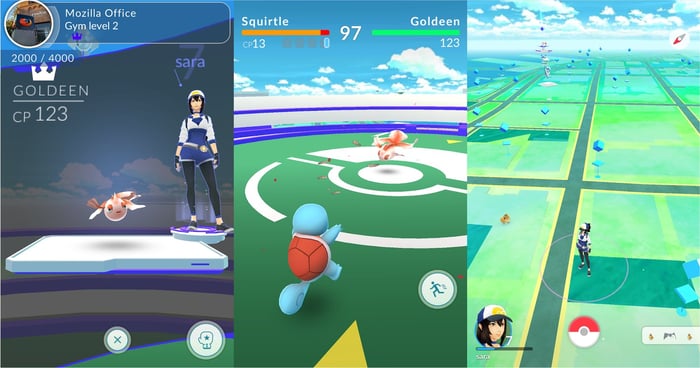 What Pokemon Go could mean for McDonald's

Pokemon Go has already boosted foot traffic for businesses in the U.S. and Europe. The New York Post reported that New York pizzeria L'inizio Pizza Bar enjoyed a 75% jump in sales after its manager spent $10 on the Lure Module, which virtually lures a dozen Pokemon to the store for a limited time. So many restaurants are adopting similar strategies that Yelp recently added a Pokemon Go filter to its search engine.

This means that McDonald's Japanese stores, which are run by its publicly traded affiliate McDonald's Japan, could see a similar spike in traffic and comparable store sales. McDonald's Japanese stores are included in its parent company's "Foundational Markets" category, a basket of over 80 countries that aren't strong enough to be included in its "International Lead" and "High Growth" categories. The Foundational Markets business (which also includes corporate revenues) posted just 0.7% comps growth in 2015 and accounted for 12% of the company's top line.

McDonald's doesn't regularly disclose its Japanese comps growth, but it blamed "negative comparable sales and guest counts in Japan" for offsetting "solid performance in many other markets" in last year's 10-K filing. It also reported that it might sell a stake in McDonald's Japan to "a strategic investor who could help advance Japan's turnaround efforts." McDonald's reported a slight sales bounce in Japan in the first half of the year, but the market still seems like one of the restaurant chain's weaker links.

With that in mind, converting McDonald's stores into Pokemon Go gyms is a smart way to get Japanese customers interested in the Golden Arches once again. If the partnership is profitable, McDonald's might consider adding PokeGyms to other markets. That effort could complement its "Experience of the Future" initiative in the U.S., U.K., and Australia, which includes self-serve kiosks, table-mounted tablets for orders and entertainment, and table-side service for cooked-to-order burgers.

However, McDonald's investors should realize that its Pokemon Go partnership isn't an exclusive one, and rivals could sign similar deals to drive traffic to their stores as well. This means that Pokemon-fueled interest in McDonald's Japanese stores might be short-lived unless attractive menu items keep bringing customers back.

What the partnership means for Nintendo

Nintendo, however, probably won't benefit too much from hordes of Pokemon flooding McDonald's locations. That's because it only owns a third of The Pokemon Company, along with Game Freak and Creatures, which have co-created almost every Pokemon game. Nintendo also didn't develop Pokemon Go -- it was created by Niantic, a former Alphabet unit which Nintendo owns a minor stake in.

The app reportedly generated $35 million in revenue in the first two weeks, which caused overeager investors to bid Nintendo stock up to five-year highs. But then analysts did the math -- 30% of that revenue will first go to Apple and Google, the rest will be split with Niantic, and then split again with Game Freak and Creatures.

That's why Nintendo recently warned that the game's financial impact on its earnings would be "limited" and that there wasn't any need to revise its annual forecast -- even after factoring in sales of its upcoming Pokemon Go Plus accessory. That revelation caused Nintendo stock to plummet, but as Niantic and The Pokemon Company find new ways to monetize the game, more revenue should trickle down to Nintendo and contribute more to its top and bottom line growth.

A fad or a lasting trend?

The strategy of using popular location-based apps to boost store traffic isn't new. Businesses using Foursquare and Facebook have exchanged discounts for check-ins in the past. However, Pokemon Go is arguably a more natural and interactive way to herd customers toward certain locations.

I'm not sure how much more Pokemon Go will grow, since the app's popularity already seems to have peaked in the U.S., according to a recent SurveyMonkey study. However, I'm certain that we'll see many new apps try to replicate Pokemon Go's success with similar augmented reality features which push users toward real-world locations. But that could be tough, since much of Pokemon Go's appeal lies in its brand familiarity and nostalgic value -- qualities that can't be easily replicated.