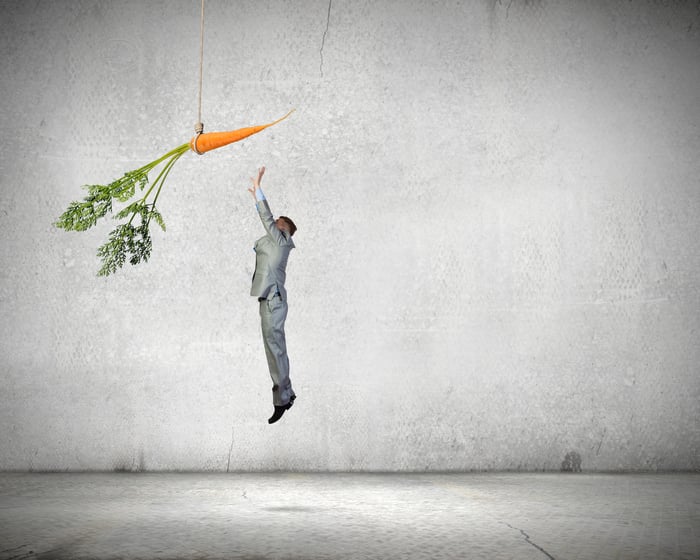 Two things never fail me in investing. One is the constant reminder that what works is counterintuitive. The other is that I rarely go a day without reading something that utterly shocks me.

My first thought was that this makes sense, because the highest-paid CEOs tend to come from the largest companies, and large companies in general have lagged small-cap stocks over the last decade. But the study's authors removed the largest companies from the sample and found similar results. Higher CEO pay, on average, is correlated with lower returns. Ten years isn't a long time — I'd love to see a study spanning 30 or 50 years — but it's still a staggering statistic.

Here's one, totally unscientific, explanation for what's going on.

Incentives are one of the most powerful concepts in psychology. Charlie Munger once said, "Never think about something else when you should be thinking about the power of incentives."

But incentives can be taken too far.

Psychologist Dan Ariely writes in his book The Upside of Irrationality:

Incentives can be a double-edged sword. Up to a certain point, they motivate us to learn and perform well. But beyond that point, motivational pressure can be so high that it actually distracts an individual from concentrating on and carrying out a task — an undesirable outcome for anyone.

Ariely showed what he means with a study he performed in India. He offered a group of students cash rewards for solving a set of puzzles and brainteasers. The puzzles weren't easy, but were achievable at the students' level, designed to be solvable only if they really focused. Students were paid a small amount in one round, and progressively larger amounts until the prize for right answers was literally the equivalent of five months' pay. The difficulty of the questions remained the same. All that changed was the incentive.

Here's what happened, according to Ariely (emphasis mine):

With lower incentives, players could focus on the task at hand. When five months' pay was on the line, all they could think about was, "FIVE MONTHS' PAY. DON'T SCREW THIS UP. FIVE MONTHS' PAY! IT WILL CHANGE YOUR FAMILY'S LIFE." The incentive backfired.

I suspect something similar happens with CEOs, some of whom earn dynastic pay for hitting annual numbers.

This is generalizing, but I often see two types of CEOs:

Some do both, of course. But many CEOs sit distinctly in one of these two groups. And what you'll often find is that CEOs in the second bucket tend to be both highly compensated and prone to blowing themselves up.

Lehman Brothers is a good example. Former CEO Dick Fuld was a billionaire thanks to pay packages that, near the peak of the bubble, inched near half a million dollars a day. Few people in business had more incentive than he did. Indeed, the whole Lehman Brothers culture centered on outsized pay, primarily with stock. Lehman's annual report said the company has a single goal: "maximizing shareholder value." It promised: "We are deeply committed to building the value of the Firm ... in everything we do, we are constantly identifying and evaluating ways to add value." In one 2007 conference call Fuld reminded analysts how he planned on raising the stock price, then repeated: "Our goal is simple; that's to create value for our shareholders." Bankrupt one year later.

When someone like Fuld stands to earn as much money as he was, the focus shifts from building a great company to meeting the numbers and earning your enormous pay at all costs. The carrot is too big to think about anything else. Focus on product or long-term goals gets sidetracked.

Then think about CEOs like Elon Musk, Mark Zuckerberg, and Jeff Bezos. They have a common denominator: They focus relentlessly on customers and product, rather than business, and their annual compensation rounds to zero. They have incentives of course, as each holds billions of dollars of stock. But these incentives don't skew toward meeting annual numbers to earn an annual reward, as most high CEO pay packages do. They incentivize the long run. The business. Customers.

These examples are admittedly cherry-picked, and this topic admittedly complicated. But incentives, like everything else, can be taken too far and are more complex than they might seem. I imagine this is relevant for a lot of money managers, particularly hedge fund managers where incentives can be stratospheric.

Why Is Omega Healthcare's Dividend So High?
363%