Please ensure Javascript is enabled for purposes of website accessibility
Log In Help Join The Motley Fool
Free Article Join Over 1 Million Premium Members And Get More In-Depth Stock Guidance and Research
By Eric Volkman – Jul 26, 2016 at 10:11AM

An engineering company, a major utility, and a veteran oil major add a few coins to their quarterly payouts.

As expected, this latest earnings season has produced a slew of dividend declarations and, happily in select instances, dividend raises. Numerous companies across a range of sectors are lifting their payouts, with some doing so rather substantially. 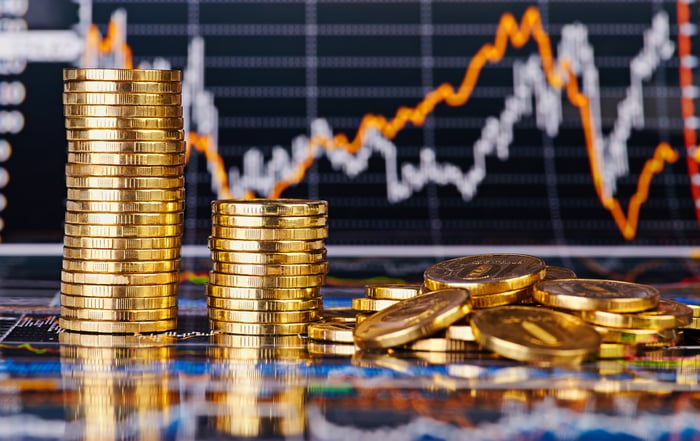 We can expect this trend to continue in the near term, then taper off as the current season fades. Here's a look at three recent, notable increases.

As per its habit since nearly the beginning of this decade, engineering company Cummins (CMI 0.32%) has enacted its annual quarterly dividend hike. The company's 5% bump puts the distribution over $1 for the first time, at nearly $1.03 per share.

That improvement is in contrast to Cummins' fundamentals, which haven't been rising. Although both revenue and net income beat estimates in the company's most recently reported quarter, they were down on a year-over-year basis. Analysts expect the company to report similar downturns when Q2 results are released early next month.

In spite of the declines, Cummins remains profitable, and its operating and free cash flow figures are holding up fairly well. The company has sufficient resources to at least maintain the freshly raised dividend through this dip in the business cycle. However, I'd be more comfortable if it could break from its recent tendency to spend most or more than its annual free cash on the distribution and stock repurchases. 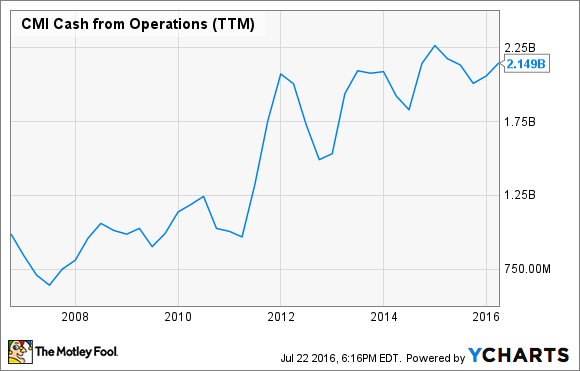 Cummins' new dividend is to be paid on Sept. 1 to stockholders of record as of Aug. 22. At the current share price, it would yield 3.5%, which is substantially above the 2% average of dividend-paying stocks on the S&P 500.

Another member of the once-per-year raise club is big utility Duke Energy (DUK -0.68%), which has lifted its quarterly payout by a Cummins-like 4%. Going forward, the company will shell out nearly $0.86 per share.

As you would probably expect from a sprawling utility, Duke Energy's fundamentals aren't growing all that dynamically. Its business is regulated, after all, so it can't enact outrageous price increases. In the interest of becoming leaner or bulkier, it occasionally spins off existing, or acquires new, operations. 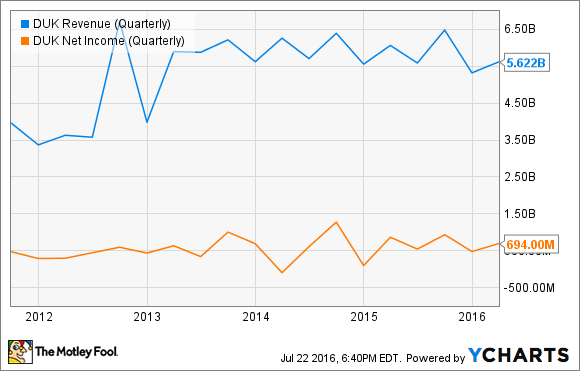 In 2007, for example, it divested its natural gas operations into what is now Spectra Energy, and in 2012, it absorbed regional power producer Progress Energy.

Since the latter acquisition, Duke Energy's top line has hovered in the $23.5 billion to $24.5 billion range, with net income in the mid to high $2 billion neighborhood. Although the company tends to have relatively high capital expenditures, which affect free cash flow, it's been able to take on debt in order to help fund its dividend.

Meanwhile, it's a steady, solid, and successful utility. As such, I think it'll continue adding pennies to its payout in the coming years.

Duke Energy's upcoming distribution will be handed out on Sept. 16 to investors of record as of Aug. 12. It would yield just under 4%.

Similar to Cummins and Duke Energy, veteran oil major Occidental Petroleum (OXY 1.29%) has a habit of raising its quarterly dividend on an annual basis. This year's raise is more of a bump -- 1% to $0.76 per share.

Occidental did not hesitate to point out that this marks the 14th year in a row it has increased its payout. 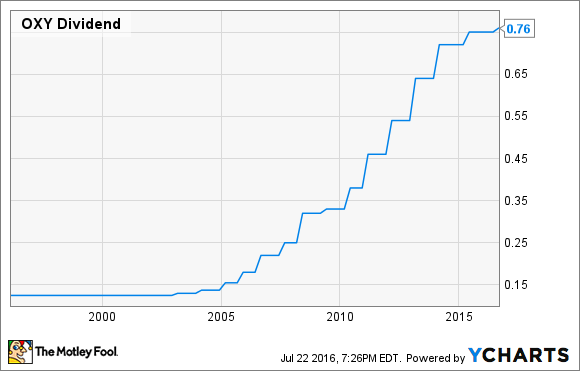 Is it the right time to keep such a streak alive? Like the vast majority of oil companies, Occidental has struggled to cope with weakened prices for the commodity. In its most recently reported quarter, its adjusted bottom line swung to a loss of $426 million, which was significantly deeper than the average analyst estimate. Revenue also declined, by 31% to $2.1 billion.

That has sharply reduced both operating and free cash flow, which would be worrying if the company didn't have a stronger balance sheet. At the end of the quarter, it held nearly $3.2 billion in cash, which is actually more than enough to pay a full year of the new dividend. Despite the depressed oil price, this should give it the financial muscle to keep growing its distribution, however incrementally.

Said payout will next be dispensed on Oct. 14 to shareholders of record as of Sept. 9. It would yield slightly over 4% at the most recent closing stock price.

Eric Volkman has no position in any stocks mentioned. The Motley Fool owns shares of and recommends both Cummins and Spectra Energy. We Fools may not all hold the same opinions, but we all believe that considering a diverse range of insights makes us better investors. The Motley Fool has a disclosure policy.