Shares drop even though the company produced an upbeat earnings report. 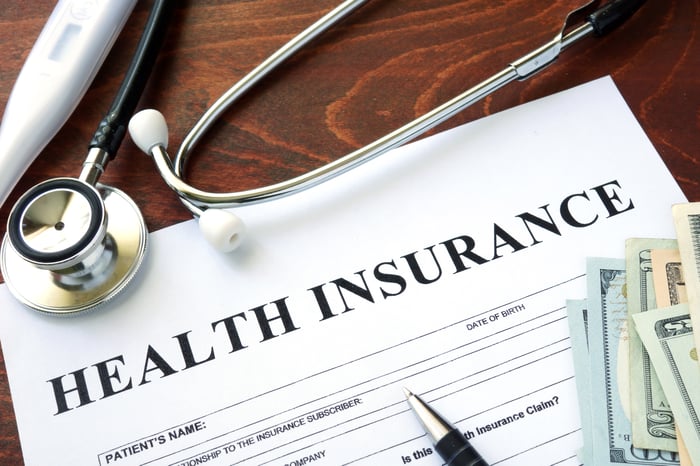 What: Investors in Centene (CNC -0.28%), a health insurance provider that focuses primarily on underinsured and uninsured individuals, are having a rocky day. Shares fell by as much as 15% in early morning trading before recovering slightly after the company reported results from the second quarter.

So what: If you were to look only at the headline numbers, you might be scratching your head as to why shares are down today. Membership skyrocketed 148%, to 11.4 million, thanks in large part to last quarter's acquisition of Health Net. That growth allowed total revenue to soar 98%, to $10.9 billion, which was ahead of the $10.77 billion that the pros were expecting. Adjusted earnings for the period were $1.29, which blew past the $1.08 that Wall Street had projected.

The upbeat quarterly results even caused management to increase revenue and profit projections for the full year. Centene now believes that revenue for 2016 will land between $39.4 billion to $40 billion, up from its prior expected range of $39 billion to $39.8 billion. The adjusted earnings range is now expected to be between $4.20 to $4.55, up from prior outlook of $4.00 to $4.35.

So if quarterly results looked solid, why are shares falling? Two factors are likely to be the culprit.

Two, the company stated that it will not be bidding on any potential divestitures that might arise from the U.S. Department of Justice's lawsuit to block Aetna's acquisition of Humana and Anthem's acquisition of Cigna. That fact surprised some investors, as rumors were swirling that Centene would be an obvious bidder for any of these companies' assets that might need to be divested prior to the acquisitions getting a green light from regulators.

Now what: Despite those few small hiccups, Centene still managed to produce an upbeat earnings report and looks to be well-positioned for profitable growth over the long term. If you were bullish on the company's shares prior to this earnings release, I see no reason to change your view based solely on the market's reaction today.

Want Growth at a Reasonable Price? Buy This Powerful Stock and Hold Forever

Should You Buy This Market-Beating Blue Chip Stock?