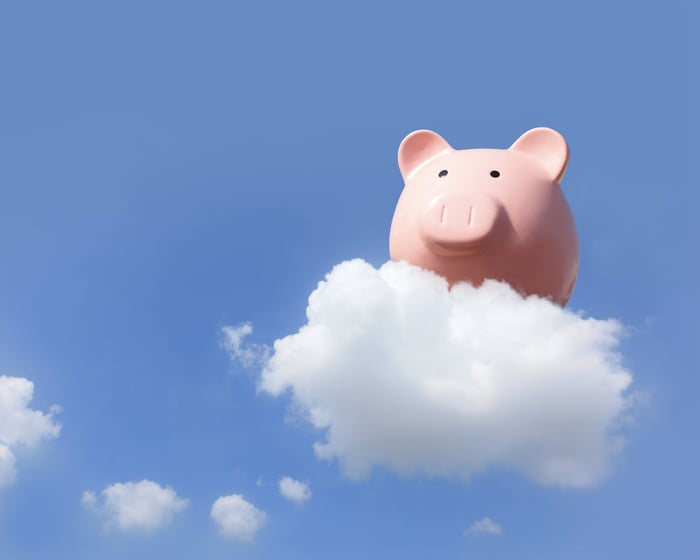 NetSuite's stock has been ticking higher since speculation of the deal started surfacing a few weeks ago. The purchase is a big win for NetSuite investors, at $109 per share. (The company's stock price the day before the deal's announcement was $83 per share.)

The purchase is expected to close sometime this year, pending approval, and there are two things Oracle investors should keep in mind before that happens: First, Oracle is taking a big step into cloud computing with the deal. Second, it's paying a hefty sum to do so.

There's no doubt Oracle will expand its cloud-computing footprint when the NetSuite deal closes. NetSuite had more than 10,000 cloud customers as of Q1 2016, and has built strong relationships with smaller businesses, an area where Oracle isn't nearly as adept.

The purchase comes as technology companies large and small are investing more time and resources into cloud computing. Garter says that the public cloud-computing market will be worth $203 billion this year.

The deal will allow Oracle to catch up to some of its cloud-computing competitors, and add to the company's earnings right away. The company said in a press release that the purchase will be "immediately accretive" to non-GAAP earnings in the current fiscal year.

Oracle is facing rising competition from Salesforce.com and Amazon.com -- both dominant cloud players, though in different markets. Oracle will use NetSuite to build out its own subscription-based revenues, an area in which it's been lacking.

This all comes at a hefty price

After news of the deal was announced, Jefferies & Co. analyst John DiFucci said that, even though there's a "strategic rationale" for the deal, "the price paid seems steep." Oracle is paying a 19% premium on NetSuite's stock price -- $109 per share vs. the $83 that the company was listed for the day before.

Of course, large companies like Oracle pay high prices for companies much of the time. Most recently, the company spent $7.4 billion for Sun Microsystems in 2009.

But as DiFucci noted, Oracle may not be the best company to spend large sums of money on smaller companies. "This is especially true relative to the historic discipline practiced by Oracle in consolidating the software industry," he wrote.

That's likely a jab at Oracle's Sun Microsystems purchase, which ZDNet recently labeled as one of the worst tech mergers and acquisitions. Mass layoffs followed the purchase, and Sun's hardware business went into a decline, as well. Three years after the purchase, Oracle's President Mark Hurd said cash flow from the purchase had exceeded the Sun purchase price, but some analysts still gave Oracle a sell rating because of Sun's declining hardware revenue.

That doesn't mean that the NetSuite purchase will have the same results. Instead, the past purchase might serve as a minor warning to investors who believe the NetSuite deal will be an instant home run. As fellow Fool writer Jeremy Bowman recently pointed out, large acquisitions often fail.

The premium price tag aside, the NetSuite deal will give Oracle a large cloud-computing footprint almost immediately, and add to the company's earnings right away. That will likely be enough of a win-win for the company as it looks to its future in subscription-based cloud-computing services.

Oracle sees the importance of the cloud-computing market, and bought one of the oldest companies in the segment to help boost its position. It appears to be a smart move at face value; but of course, it could take a few years to see if the acquisition really pays off.