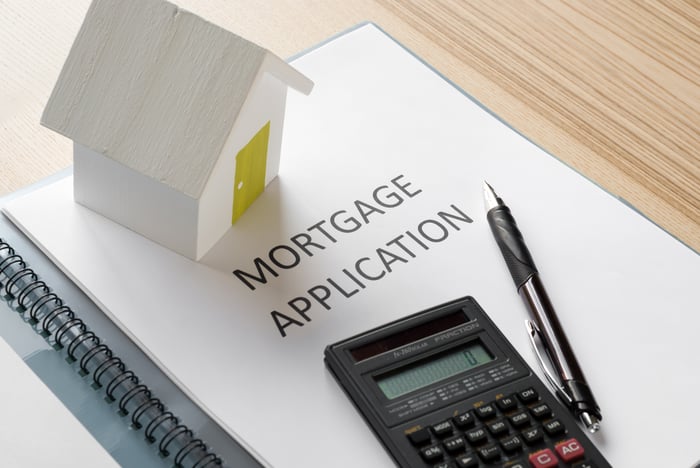 Obtaining a mortgage can be a complicated and confusing process, and new financial regulations that have been added in the wake of the housing crisis have only made the process more difficult. That backdrop has greatly benefited mortgage-software specialist Ellie Mae (ELLI) as financial institutions of all sizes have been rapidly adopting the company's Encompass platform to help them remain compliant and automate as much of the arduous application process as possible.

Ellie Mae has been gaining share in this industry for years, which has turbo-charged the company's revenue and earning growth. That fact has caught the attention of growth investors who have piled in to the company's stock and pushed its P/E ratio into the stratosphere. That puts Ellie Mae under a lot of pressure to keep performing at a high level.

Thankfully, the company once again knocked the cover off the ball when it reported its second-quarter earnings, proving that its growth story is far from over.

Let's take a closer look at how Ellie Mae performed during the period and see what management had to say about its prospects moving forward.

Every metric that growth investors pay attention to headed in the right direction this quarter. The results even managed to best Wall Street's bullish expectations.

The company booked 13,000 new Encompass seats during the quarter, raising the total number of active users by 21% to 153,334. Better yet, each of those users is engaging with the company's software more frequently, which caused revenue per active user to rise by 14% over the year-ago period, coming in at $601.

The combination of more users and higher spending per user cause Ellie Mae's top-line to soar, growing by 37% during the quarter. Ellie Mae was also successful at translating that higher revenue into growth on the bottom line, too. Adjusted net income and adjusted EPS -- which adds back in stock-based compensation expenses and amortization of intangible assets -- rose by 35% and 33%, respectively.

"Second quarter results exceeded expectations across revenue, bookings and profitability. Our results are reflective of the mortgage industry's transformation toward technology-driven solutions and our expanded market leadership. Our business also benefits from an improving housing and origination market."

On Ellie Mae's earnings call CEO Corr had a lot of positive things to say about the company's pipeline of deals, noting "We continue to see demand from a broad array of financial institutions across each of our segments, including mid-market and large enterprise and really feel great about our pipeline going forward."

That strong pipeline caused management to feel good about the company's prospects in the third-quarter. Revenue is projected to land between $90.0 million to $92.0 million, and adjusted net income is expected to be between $17.7 million to $18.9 million, or $0.56 to $0.59 per share. Those numbers indicate that the company's fast growth will continue, and they are also nicely above the $87 million in revenue and $0.56 in EPS that industry watchers were expecting.

Here's an updated look at how Ellie Mae believes the rest of 2016 will play out:

And yet, despite posting great results and issuing a bullish outlook, the company's shares are actually falling more than 5% in early morning trading. Perhaps that reaction shouldn't be all that surprising considering that shares are up more than 54% since the start of the year, vastly outperforming the markets.

Still, Ellie Mae continues to prove that its Encompass system is a hit, and the company's recurring revenue business model is very attractive. While shares are still being priced for continued prosperity, long-term investors might want to take a closer look at this pullback to see if Ellie Mae's stock deserves a place in their portfolio.

The Motley Fool owns shares of and recommends Ellie Mae. We Fools may not all hold the same opinions, but we all believe that considering a diverse range of insights makes us better investors. The Motley Fool has a disclosure policy.