The mortgage software company continued to see its growth decelerate.

The mortgage market has gone through turmoil lately, as rising rates over the past couple of years have finally made financing home purchases more expensive. That's led to reduced mortgage lending activity, and in turn, some have pointed to mortgage software-platform specialist Ellie Mae (ELLI) as a potential victim of higher interest rates -- though the company successfully avoided headwinds for quite a while even as the mortgage market lost strength.

Coming into Thursday's fourth-quarter financial report, Ellie Mae investors were still getting used to the idea that the company will likely soon go private after its having accepted a buyout bid from private equity company Thoma Bravo. Given what Ellie Mae said about its latest financial results, many shareholders might be just as happy to accept the $99 per share in cash that Thoma Bravo is offering and call it good. 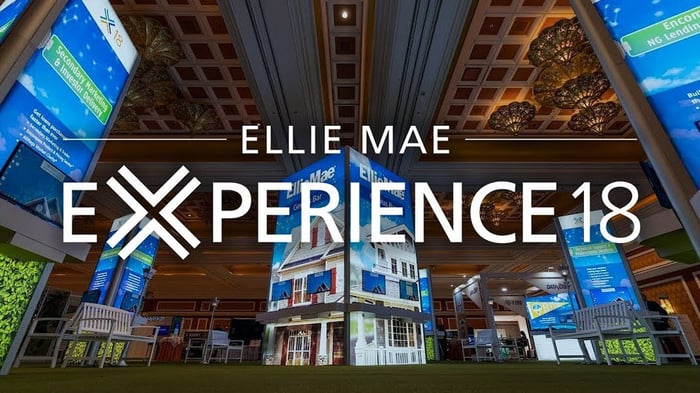 Ellie Mae's fourth-quarter results reflected a substantial slowdown. Revenue of $116 million was higher by less than 3% from prior-year levels, which was far weaker than the 15% top-line growth Ellie Mae enjoyed three months ago -- even though the numbers were actually higher than most of those following the stock had expected. Adjusted net income of $9.49 million was down almost 20%, and adjusted earnings of $0.27 per share came in far weaker than the $0.36 per share that marked the consensus forecast among investors.

Perhaps because of the impending buyout, Ellie Mae didn't provide nearly as much color on its fundamental performance as it typically has in past quarters. The company did say that it closed 623,000 loans on its Encompass platform during the quarter, capping a year in which it had a volume of 2.596 million loans. The quarterly number was down from 699,000 three months ago and 662,000 in the year-earlier quarter, and the full-year 2018 number represented the second straight year in which loan volume rose less than 2%.

Ellie Mae also saw its costs rise at a faster rate than its revenue. General overhead was higher by 8% from year-earlier levels, and sales and marketing expense jumped 16%. Those higher expenses were primarily responsible for the company seeing an operating loss during the period.

CEO Jonathan Corr put the year's numbers into perspective. "Throughout the year, we made significant enhancements to our Encompass digital lending platform," Corr said, "in order to drive increased productivity. Lenders are increasingly looking to technology to tackle higher origination costs, and we are seeing our lenders look to automate more workflow through Encompass." The CEO believes that Ellie Mae stayed on track to close out a successful year in 2018.

For the business, Ellie Mae is optimistic. In Corr's words, "Entering 2019, we remain confident in our underlying technology foundation and the growing value proposition of Encompass."

Because of the merger, Ellie Mae won't bother having a conference call or providing additional financial guidance. That's not surprising, but it leaves investors to draw their own conclusions about the likely trend of the business in the near future. On one hand, interest rate increases have moderated so far in 2019, and that could lead to renewed interest in housing if it makes mortgages more affordable. From a longer-term perspective, moreover, even a multiyear hit to housing won't necessarily reduce the value of Encompass to financial institutions that intend to stay in the mortgage market for the long haul. That's clearly what Thoma Bravo is thinking, but the timing makes it more likely that shareholders will approve the deal.

Because the cash deal remains on the table, shareholders didn't really show much reaction to the earnings news, and the stock was down just a small fraction of a percent. Acquisitions can be disappointing when it looks like a company has uninterrupted growth ahead of it, but at least based on today's results, it might be that Ellie Mae investors have a chance to get out at a good time because of the buyout.