Please ensure Javascript is enabled for purposes of website accessibility
Log In Help Join The Motley Fool
Free Article Join Over 1 Million Premium Members And Get More In-Depth Stock Guidance and Research
By Steve Symington - Jul 29, 2016 at 10:23AM

The maker of motion-sensing chips delivered a slightly stronger-than-expected quarter. 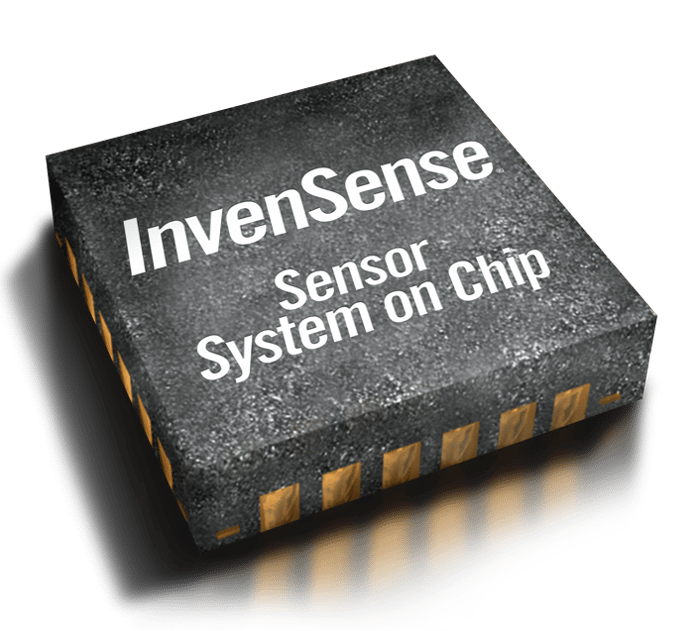 Quarterly revenue fell 43% year over year, to $60.6 million and, based on generally accepted accounting principles (GAAP), translated to a net loss of $20.2 million, or $0.22 per share.

On an adjusted (non-GAAP) basis, which excludes items like stock-based compensation and amortization of acquisition-related intangibles, InvenSense's gross margin came in at 46% for the quarter, and its net loss was $4.9 million, or $0.05 per share.

For perspective, each of the above figures were near the high end of InvenSense's respective guidance ranges, which called for quarterly revenue of $58 million to $62 million, adjusted gross margin of 45% to 46%, and an adjusted net loss per share between $0.06 and $0.05.

While worldwide consumer and mobile markets were somewhat soft in the first fiscal quarter of 2017, the InvenSense team delivered on our financial guidance, posting incrementally higher non-GAAP gross margins in a competitive environment. This was the result of improved manufacturing efficiency and product mix, as well as our traction in both mobile and non-mobile markets. We are successfully leveraging investments in our robust sensor platform to integrate and enable high-value, consumer-driven use cases, such as image stabilization, augmented and virtual reality, and inertial navigation, for applications spanning a number of vertical markets. These are creating exciting growth opportunities that we believe play well into our focused strengths.

In fact, just prior to its earnings release, InvenSense unveiled its new ICM-201603, a six-axis inertial sensor targeting augmented and virtual reality/head-mounted display applications. Considering IHS predicts these applications will boast more than 50% compound annual growth rates over the next several years, InvenSense is wisely positioning itself to capitalize on another promising market.

On a segment basis, smartphones and tablet shipments comprised 63% of total revenue during the quarter, up sequentially from 54% in fiscal Q4. Optical image stabilization (OIS) represented around 12% of sales, down from 14% last quarter. And InvenSense's "Other Bucket," which notably including Internet of Things (IoT) applications like drones, VR, wearables, and smart homes, was 25% of revenue this quarter, down from 32% last quarter.

Of course, the shift back toward the sluggish mobile market might not seem favorable for InvenSense, especially as it works to diversify with design wins in other markets. During the subsequent conference call, however, InvenSense CFO Mark Dentinger noted that shipments into the IoT/other bucket space, in particular, tend to be much heavier in the company's fiscal fourth quarter. As such, Dentinger says, we should see IoT-related shipments "bounce back in terms of absolute dollars" in the coming quarters.

In the meantime, InvenSense had one customer individually represent 46% of total revenue -- almost certainly Apple (AAPL 0.12%) based on the geographic breakdown below -- with no other customers representing more than 10% of revenue during the quarter. Recall there were two 10%-plus customers last quarter, with the first likely being Apple at 39%.

Geographically based on the headquarters of each customer, the United States represented 50% of total revenue in Q1, up from 43% in fiscal Q4. Korea came in at 9% of sales, down from 11% last quarter. China fell to 20% this quarter, down from 32% last quarter. Japan and Taiwan also each came in at 9%, up from 5% and 6%, respectively, last quarter. And contributions from customers in the "rest of world" category remained steady on a sequential basis at 3%.

Finally, for the current quarter (fiscal 2017 Q2), InvenSense expects revenue in the range of $77 million to $83 million, adjusted gross margin between 45.5% and 46.5%, and adjusted net income per share in the range of $0.02 to $0.04. By comparison, and though we don't typically pay much attention to Wall Street's near-term demands, analysts' consensus estimates predicted roughly the same per-share earnings on revenue near the low end of InvenSense's guidance at $78.6 million.

While some investors may have hoped for more, there were no big surprises in what ultimately appears to be a slightly better-than-expected performance from InvenSense this quarter. But I don't think that's a bad thing considering InvenSense still holds a commanding majority of its addressable markets. As long as the company continues to maintain a central enabling position as motion-sensing devices become more ubiquitous, investors should be happy with where it stands.