Recent lifters include a prominent smartphone components maker, a dividend aristocrat tool manufacturer, and one of the market's sweetest companies.

So we're still in the midst of the second earnings season of the year, and the dividend increases continue to pour down. Once again, a full and varied set of companies are lifting their payouts. 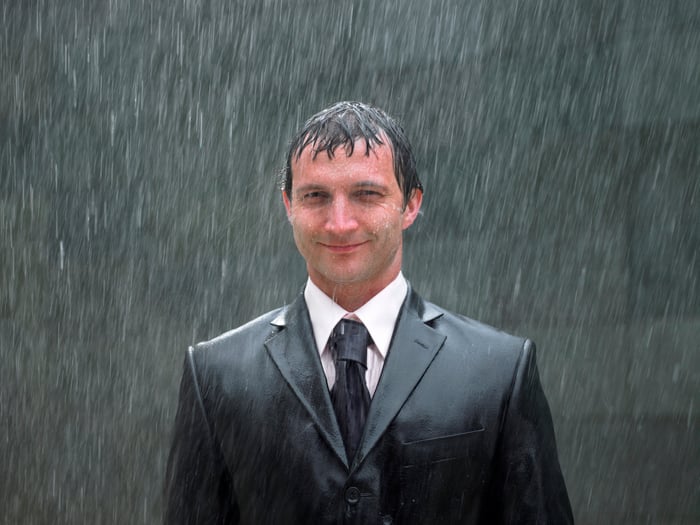 It isn't easy to select only three notable raisers among such a crowd. But that's a quibble -- for the many of us that like rising payouts, it's nice to be spoiled for choice. On that positive note, here are my three selections for this installment of our series:

Life isn't easy for smartphone component makers these days, as the market is maturing and slowing down. Nevertheless, Skyworks Solutions (SWKS -2.19%) is hiking its quarterly distribution by 8% to $0.28. It's also launching a stock repurchase program worth up to $400 million.

This comes in the face of declining revenue and adjusted net income, which fell 7% and 9% respectively, on a year-over-year basis, to $752 million and $238 million in Q3. 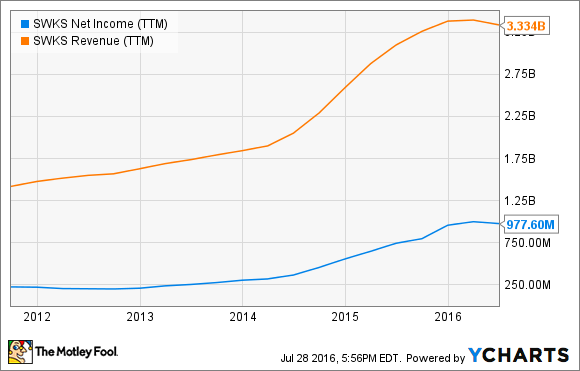 Those numbers did, however, come out ahead of the company's expectations, and management is anticipating narrower declines for the upcoming quarter.

Going forward, Skyworks is forging ahead with its plans to push more aggressively into components for internet-of-things products. Such diversification is welcome, considering the slowdown in the smartphone segment.

Meanwhile, it remains well in the black, and has much more than enough free cash flow to fund both the dividend and the latest of its series of share buybacks. So its payout should be safe for now -- however, investors should keep an eye on whether, and by how much, those top and bottom line numbers continue to erode.

Skyworks' newly raised dividend will be paid on Aug. 25 to stockholders of record as of Aug. 4. At the current share price, it would yield 1.7%, which is below the current 2.1% average of dividend-paying stocks on the S&P 500.

Snacks and sweets giant Mondelez International (MDLZ 0.03%) is packing more sugar into its quarterly payout. The company has declared an $0.19 per share distribution, which tops its predecessor by 12%. 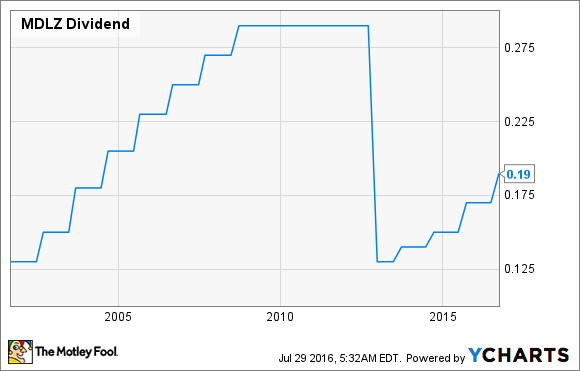 That's the good news. The not-so-good news is that Mondelez is facing some gusty headwinds in its business.

In America, the consumer trend is slanting toward healthier snacks, as opposed to the traditional, dentist-friendly cookies and candies the company makes. And economic softness abroad has limited growth in the non-US markets where the company derives around 75% of its revenue.

Consequently, in its Q2 Mondelez posted a year-over-year revenue decline of 18% to $6.3 billion. Adjusted net income fell less precipitously by 6% to $700 million.

The way forward for the company seems to involve buying growth, but its proposed acquisition of Hershey was -- initially, at least -- soundly rejected. If this play isn't successful, it's conceivable that Mondelez will find an alternative target or several.

Adding Hershey or a comparable asset (or assets) will put a strain on the balance sheet, very possibly constraining the company's ability to pay dividends.

As it stands now, Mondelez has been spending well over its free cash flow tally on dividends and stock buybacks of late. So whether or not it ends up buying an add-on or several, I'd be concerned about the future of the payout.

Mondelez International will distribute its new dividend on Oct. 13, to investors of record as of Sept. 30. It would yield 1.7% on the company's most recent closing stock price.

The final stock on this week's list also happens to be its only Dividend Aristocrat -- one of the rare companies that has lifted its distribution at least once annually for a minimum of 25 years in a row. Stanley Black & Decker (SWK 0.97%) maintains that lofty status with a 5% hike in its quarterly payout to $0.58 per share. 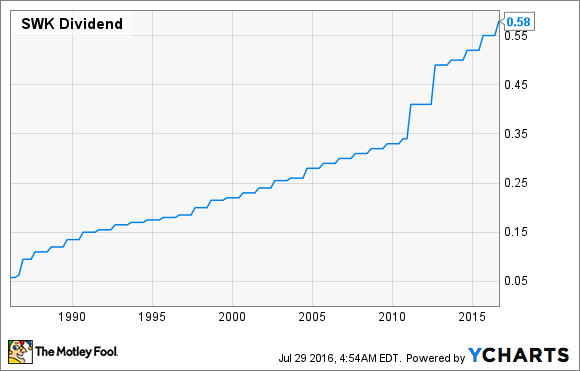 The company is an international player in its business. As such, it has to contend with the aforementioned sluggishness in certain corners of the global economy. But it's doing fairly well considering, with decent growth in sales and profitability in its most recently reported quarter.

These continue to shake out in a net profit margin of 9.3% --  high for a company strongly identified with the manufacture of old-fashioned tools.

Characteristically for an enterprise that has been doling out quarterly dividends for a long time, Stanley Black & Decker manages its cash quite effectively. It's consistently free cash flow positive, and rarely spends above its means to fund the dividend and share buybacks. So I'd consider its new payout to be very safe.

Stanley Black & Decker's upcoming dividend is to be paid on Sept. 20 to shareholders of record as of Sept. 2. The yield on it would be 1.9%.

Eric Volkman has no position in any stocks mentioned. The Motley Fool owns shares of and recommends Skyworks Solutions. We Fools may not all hold the same opinions, but we all believe that considering a diverse range of insights makes us better investors. The Motley Fool has a disclosure policy.

What Investors Missed in the Market Last Week