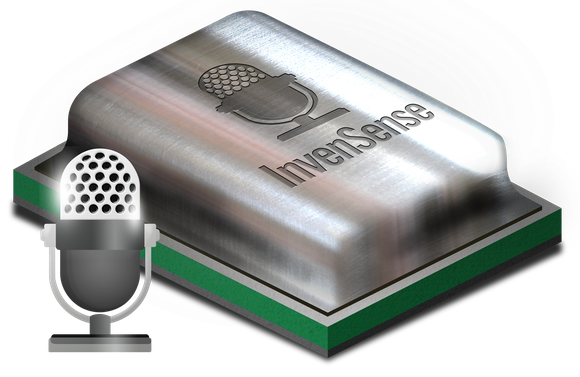 Things aren't going so well for InvenSense (NYSE:INVN). The company's stock is down more than 30% since the beginning of this year, and its Q1 2017 revenues were down 43% year over year.  But the company is still bullish on its position in the microelectromechanical systems (MEMS) market, and its expansion into the Internet of Things (IoT).

While I don't think InvenSense is on its way to a turnaround any time soon, the company, on its earnings call last week, highlighted a few ways it plans to make its business stronger.

InvenSense is still betting on its mobile position

There's no positive way to spin InvenSense's falling revenue and stock price, but the company believes that its motion sensors still give it a strong position in the mobile space. InvenSense CEO and President Behrooz Abdi said on the call that,

[W]e continue to hold a majority position in our addressable market. Having successfully brought to market several generations of our six-axis motion sensor, we have maintained our sole position at our largest customer, and have developed a collaborative relationship on high-performance MEMS technology that allows us to deliver to their rigorous specification and performance goals.

InvenSense may be bullish on its mobile position, but it would be much better off diversifying revenue in new markets.

InvenSense has relied on Apple and Samsung (NASDAQOTH: SSNLF) for the majority of its revenue for years, but its dependence on Samsung has been waning. Samsung stopped using InvenSense's sensors in some of its flagship smartphones recently, which is both good and bad for the company.

The company's CFO and vice president, Mark Dentinger wrote, "We had one customer account for 46% of our total revenue this quarter, and there were no other 10%-plus customers in Q1."

That reference is to Samsung, which now accounts for less than 10% of InvenSense's revenue. But investor's should note that the company is till vastly overdependent on one customer that accounted for 46% of revenue in the quarter. While InvenSense doesn't specify who that is, it's widely believed it refers to Apple.

InvenSense has been expanding its "other" revenue segment to help offset this, but it's clear that the transition is nowhere near complete.

The company said on the earnings call that the popular augmented reality (AR) game, Pokemon Go, shows that users are in need of high-quality gyroscopes that can track smartphone movements. Abdi said on the call that:

This game has achieved unprecedented viral popularity worldwide, but there have been numerous reported cases of the user experience varying widely depending on the presence of the high-performance gyroscope in the phone. Many consumers have complained about poor user experiences with Pokemon Go on handsets with no gyro, or a sub-standard gyro performance.

Abdi said the company expects to see many more AR games emerge, and that it will expand demand for higher-quality gyroscopes in mid- and low-tier smartphones.

One bright spot for InvenSense has come from its expansion into the Internet of Things, and its continued focus on new markets, like sensors for virtual-reality headsets. Abdi said on the call that its "other" revenue segment, which includes IoT, now accounts for 25% of the company's total revenue.

"Our strategy for IoT is simply to leverage our technology investments in mobile use case, such as image stabilization, navigation, and activity recognition to bring industry-leading solutions to the many customers who need fast time to market with minimal incremental cost." He went on to say that InvenSense just announced a motion-tracking device that's designed to meet the "rigorous performance demands of head-mounted displays."

Abdi pointed to the 50% compounded annual growth rate for VR as a way for the company to expand its motion-sensor position in new markets beyond mobile.

InvenSense wants in on the expanding automotive market

InvenSense's management believes there's opportunity for the company to sell motion and audio image technology for advanced driver-assistance systems (ADAS), which are the building blocks for self-driving cars. Last year, the company started a partnership with a "leading sensor and system integration partner" to develop sensors for automotive safety systems.

Abdi said on the call that, "With our partners' established automotive channels and in-depth insight into automotive qualification, I'm pleased to report that we expect to be sampling our first product to automotive OEMs this fiscal year." Abdi went on to say that design wins within the automotive market should come within the next six months, and expects revenue within a year-and-a-half.

This doesn't mean InvenSense is back on the right track

I don't think InvenSense is worth the risk right now for investors, even with the company making inroads into new markets. I've highlighted some of the reasons why here.

InvenSense's management may be optimistic about the new areas the company is expanding into, but investors should remain cautious. InvenSense is still far-too reliant on Apple, and its new opportunities are all but proven at this point.