The one consistent theme running through the current earnings season has been the weaker-than-expected spending from oil and gas and heavy industry businesses. Just a few days before Emerson Electric (NYSE:EMR) reported earnings, its fellow industrial company Rockwell Automation (NYSE:ROK) reduced its full-year sales outlook referencing delays in large projects in heavy industries. Therefore it was hardly surprising to see Emerson Electric lower its outlook. Let's take a look at what happened in the company's third quarter. 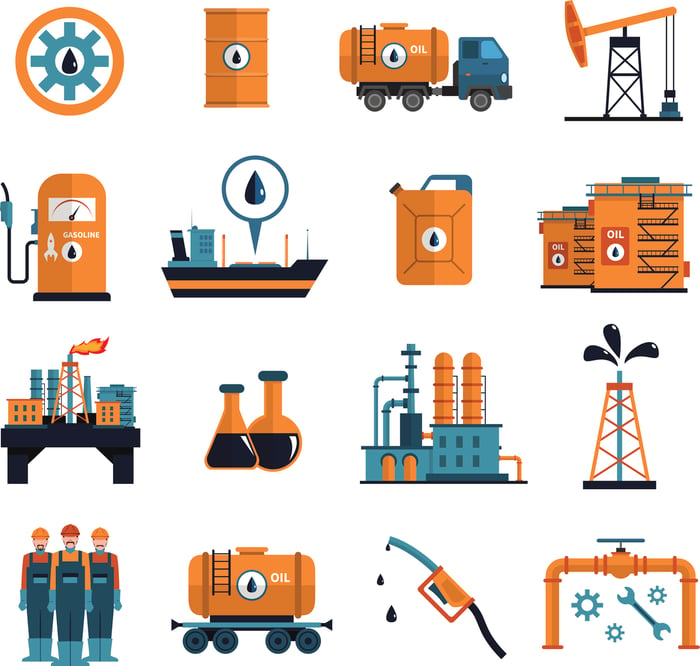 As you can see above, the difficult third quarter took its toll on the company's full-year outlook. What went wrong?

CEO David Farr had predicted that the company's order book would turn positive in April leading into positive underlying sales growth in the third and fourth quarters. However, as we have just seen, underlying sales fell 5% in the third quarter. In addition, trailing-three-month orders to June were down 10% to 5%. The reason?

In the words of Emerson's director of investor relations, Craig Rossman, on the earnings call:

Oil and gas spending, both capital investment and operational expenditures, remains at significantly depressed levels. Automation markets in North America have been extremely challenging, as anticipated improvements in spending did not materialize as we had forecast.

On the earnings call Farr specifically addressed the issue of disappointing orders by stating that the order curves had "trended pretty much in line where I'd thought they'd trend, except for process."

Indeed, it was a similar story with Rockwell's second quarter: CEO Blake Moret referred to weaker-than-expected orders and sales performance in the company's solutions and services businesses

A look at Emerson Electric's underlying sales growth by segment shows how the extent of the damage was done to the process management and industrial automation segment. While the difficulties in the oil and gas-exposed segments should be well known, it's also worth noting that Emerson had previously expected underlying growth in climate technologies and commercial and residential solutions -- both segments reported a 1% decline in underlying sales. 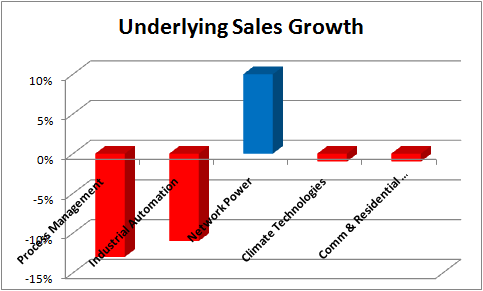 On the same day of the earnings report, Emerson announced the sale of the network power segment -- somewhat ironically, the only segment to report positive underlying sales growth in the quarter -- for $4 billion to a global investment firm, Platinum Equity. Meanwhile, Leroy-Somer and Control Techniques (part of Emerson's industrial automation segment) were sold to Nidec Corporation for $1.2 billion.

The disposals are part of the plan to restructure the company into a smaller, higher-margin company with a higher growth profile. However, given the performance in the quarter and Emerson's earnings release statement that there is "no expectation for recovery to occur until the second half of 2017" in the oil and gas markets, investors will be left wondering when the growth will kick in. Moreover, Farr was candid on the difficult road ahead:

[W]e have to face the reality that we see today. It's a tough market. We did see a bounce-back in July in our process orders, which is a good sign. But in reality we are looking at a marketplace right now where people are being very cautious.

Emerson Electric investors will be hoping for a change of sentiment in oil and gas capital spending, particularly in North America and also in the Middle East/Africa (underlying sales down 17% in the quarter). However, as the company divests network power and parts of its industrial automation segment, it's also becoming increasingly important for the climate technologies and commercial and residential segments to get back to growth -- something to look out for in future quarters.

All told, it was a difficult quarter for Emerson Electric, and oil and gas spending claims another victim within a tough reporting season for energy-focused industrials.