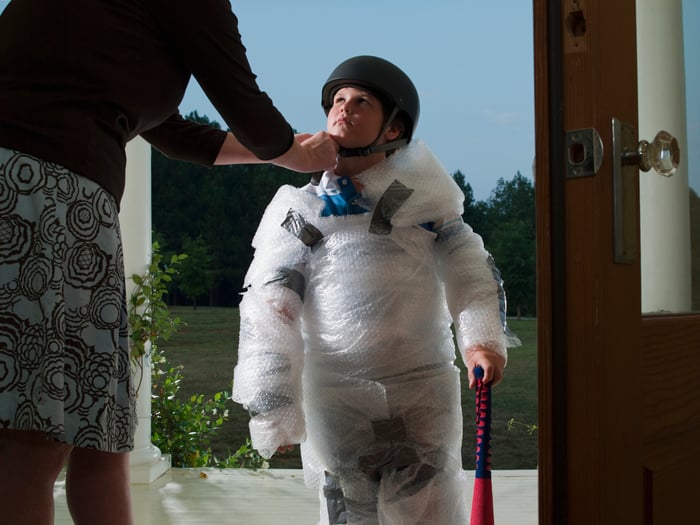 As an investor, you're well aware investing in the stock market carries with it a certain degree of risk. Many investors are well aware of events such as Enron's collapse or The Great Recession, and some even lost money as a result. However, it's important to note these two events are not similar from a risk perspective.

Systemic risk is measured by the common investing metric beta. One way to protect your portfolio from systemic, or entire-market, risk is to buy low-beta investments. Generally, low-beta investments are non-secular companies with dependable, resilient business models. As a result, these investments tend to not be affected by risks in the greater stock market. Here are three such investments.

Telecom companies AT&T (NYSE:T) and Verizon (NYSE:VZ) are much less affected by risk in the general market. At the current time, Verizon's beta is 0.51 and AT&T's is 0.34. Considering the general market is assigned a beta value of 1, Verizon and AT&T have approximately half and one-third of the systemic risk of the greater stock market. On a price-to-earnings, or P/E, basis, both companies are valued cheaply versus the market, with AT&T trading at 19 times earnings and Verizon at 16.

True to form, both Verizon and AT&T have highly resilient business models. Aided by the tremendous growth in smartphones, both companies have seen tremendous growth from their respective wireless divisions over the past decade. For example, last year AT&T produced nearly twice the revenue from AT&T Mobility alone, its wireless operations, than it reported in 2005 overall, when wireline was the company's biggest business. It stands to reason that wireless connections and data plans are going to become more important to consumers in the upcoming years, not less.

Another reason for the low volatility from these two companies is their relatively high dividend yields. Currently, both have dividend yields above 4%, which is nearly double the current yield of the 30-year U.S. Treasury bond. In the event interest rates continue to remain low, it's likely yield-hungry buyers will continue to shift into low-beta, high-yielding stocks for income.

This investment benefits from a bad economy

Another way of dealing with macroeconomic risk is to embrace it by buying companies that benefit from recessions. In economics, goods and services that benefit from a poor economy and lower incomes are known as inferior goods. A few examples of inferior goods are public transportation and pawn shops. As far as investments go, perhaps the best example is the deep-discount retailing industry.

Dollar Tree (NASDAQ:DLTR) is an example of a company poised to outperform in a tough economic environment. Unsurprisingly, Dollar Tree's beta is 0.54, or approximately half the systemic risk of the greater stock market. Last year the company paid approximately $9.0 billion to buy rival Family Dollar in an attempt to take on market leader Dollar General. After a period of adjustment, the company reported strong 3.3% year-on-year comparable sales figures in its first-quarter results and now sits near all-time highs.

Can the company continue its run? Sluggish economic growth should continue to provide favorable tailwinds to the industry overall, and increased scale should allow the company to continue growing its profit. The company appears richly valued when looking at the current P/E ratio of 51, but that includes the often volatile adjustment period post-acquisition. The forward-looking P/E is a more reasonable 21.

For investors looking to avoid risk, these are three companies that should be on your watch list.