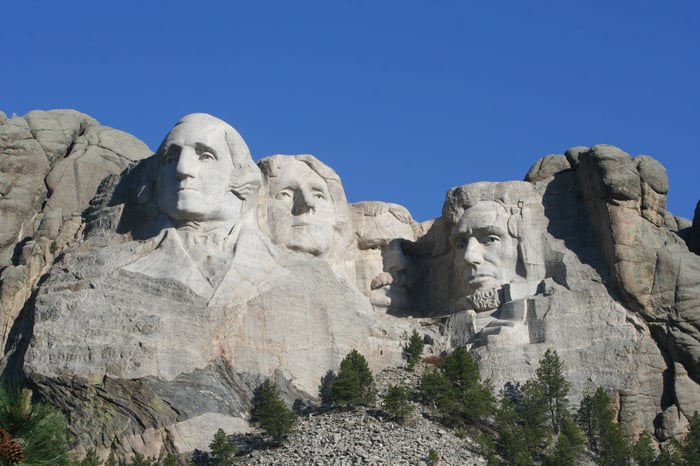 We give presidents too much praise when the economy is good and too much criticism when it's bad.

All of them, no matter the party. Eight years isn't a long time -- four is a blip -- and checks and balances limit what one president can do. No matter who lives in the White House, business cycles come and go, the Federal Reserves flexes with unmatched power, and the 78% of the global economy that is not the United States pushes and pulls everything around. It's not that presidents don't matter in the economy and stock market. It's that so many things outside a president's control matter so much more, especially as you lengthen your time horizon.

But everyone should know history. People are good at conflating what they think should have happened with what actually happened. Assuming you know what happened and being wrong is infinitely more dangerous than admitting you don't know -- especially at the intersection of politics and investing.

Here's what the stock market, corporate profits, GDP, and inflation have done under every president since Teddy Roosevelt.

This shows stock market returns adjusted for dividends and inflation. It's average annual returns, so it's not biased by the length of a president's term: Here's the change in corporate profit growth adjusted for inflation: Corporate profits were crushed in January 2009 due to the financial crisis. That low starting point makes President Obama's growth numbers look stupendous. If you use the level of profits from January 2008 as a starting point, Obama's numbers drop to 3.2% a year, putting him in between FDR and Ronald Reagan. And here's the change in average annual inflation: That's the data, raw and unvarnished.

Create a story around it as you wish.