Please ensure Javascript is enabled for purposes of website accessibility
Log In Help Join The Motley Fool
Free Article Join Over 1 Million Premium Members And Get More In-Depth Stock Guidance and Research
By Selena Maranjian - Aug 5, 2016 at 7:07AM

The child of a wealthy person with a trust fund can lead a satisfying and productive life -- with a little help from their parents. 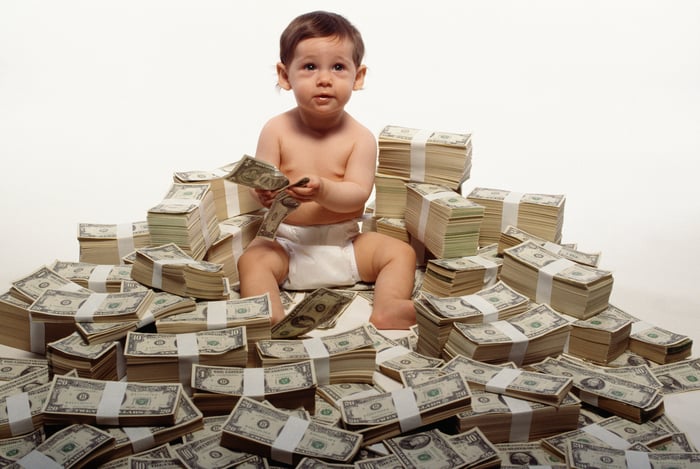 When you think of a trust fund baby, you probably imagine a spoiled child who lives off of his or her parents' wealth. They're not all wastrels, though. Some trust fund babies are successful and productive. Here's a look at how you can be a successful trust fund kid -- or a benefactor to one.

A trust fund baby is someone whose parents have placed substantial assets in a trust fund for him or her. While most of us have to support ourselves once we reach adulthood, trust fund babies can often live off the income from their trust funds. They can start accessing the money once they hit a certain age (often 18) or once a certain event transpires, such as the benefactor's death. Money in the trust may be managed by the benefactor, a third party, or, eventually, the child.

These kids clearly have advantages over ordinary kids. They seldom have to worry about racking up student loan balances, advancing their careers, affording a down payment on a home, or being able to put their kids through college. Trust fund babies have the security of reliable income to live on -- and in many cases, they live quite well.

That can be a bad thing, though, as many celebrities' children have demonstrated. The combination of a surplus of wealth and a lack of responsibilities can lead to aimlessness, dissipation, or even self-destruction. And kids who grow up rich can also have a hard time telling which of their friends are real and which ones simply want to enjoy the benefits of hanging out with rich people.

The spoiled trust fund baby is a stereotype, though, and not necessarily the norm. Lots of wealthy young people have gone on to become great successes. Consider Megan Ellison, daughter of Oracle co-founder and chairman Larry Ellison, recently the seventh-richest man in the world. Her company Annapurna Pictures has produced three films that were nominated for the Academy Award for best picture: Zero Dark Thirty, Her, and American Hustle.

Another independently successful trust fund baby is Caroline Kennedy Schlossberg, daughter of John F. Kennedy and Jackie Kennedy Onassis and our current ambassador to Japan. Gloria Vanderbilt (yes, those Vanderbilts) is another successful scion of the wealthy, having made her own fortune in the fashion industry. (Her son, CNN anchor Anderson Cooper, is not a trust fund baby, as his mother expected him to make his own way in the world.)

Gloria Vanderbilt's attitude is not uncommon among wealthy parents. Many wealthy people are on record saying they do not plan to leave great sums of money to their children. Warren Buffett famously said that he wanted to leave his kids -- now adults -- ''enough money so that they would feel they could do anything, but not so much that they could do nothing." Several years ago it was reported that Bill and Melinda Gates planned to leave their kids $10 million each -- a pittance compared to their parents' billions. 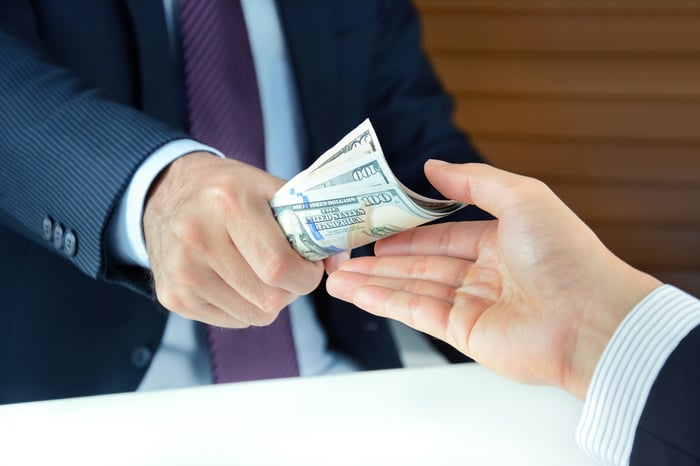 Be smart when giving your money away. Image source: Getty Images.

Tips for trust fund babies and their parents

If you're a benefactor planning to leave your kids significant assets in trusts, then be smart about it. You might, for example, have the money distributed to them in chunks every year or every few years -- such as at age 25, 30, 35, and so on. This can help prevent it from all being wasted at once on overspending or poor planning. You might include stipulations, such as requiring completion of college.

If you yourself are a trust fund child, then you can make some smart moves, too. For starters find a career for yourself, as that can make life richer. Since you won't have to rely on minimum sums in order to support yourself, you'll be extra free to pursue fields that often aren't lucrative, such as the arts or social services. Alternatively, you might get involved in philanthropy, perhaps becoming an activist for causes you believe in. Consider Warren Buffett's eldest son, Howard, who has been described in a Bloomberg article as "a farmer, photographer, environmentalist, author, businessman, board member, world traveler, and volunteer deputy sheriff. He's also a philanthropist who's investing billions to solve some of the world's biggest problems."

Trust fund babies often have a bad reputation, but in many cases, that's not fair. A child of a wealthy person with a trust fund can lead a very satisfying and productive life -- sometimes with a little help from their parents in the form of a well-planned trust.