Walt Disney Co. (NYSE:DIS) reports its third-quarter results for fiscal 2016 after the market close on Tuesday, Aug. 9. The entertainment giant is going into earnings on a solid note on several fronts. Studio entertainment released a trio of hit movies in the quarter, while the highly anticipated opening of Shanghai Disneyland occurred to much fanfare.

Investors should be prepared to potentially meet the same type of market that they've encountered to varying degrees over the past year. The market has been overlooking much good news and hyperfocusing on any indication that consumers ditching or slimming down their cable packages might eventually negatively affect Disney's media networks segment's results enough to drag down the entire company's profitability -- or at least be a big anchor on growth. The phenomena of cord-cutting and cord-slimming, particularly among subscribers to lucrative ESPN, are legitimate concerns. However, investors should consider Disney's results as a whole.

Here are the previous period's results to use as benchmarks:

Disney doesn't provide earnings guidance. Analysts are expecting Mickey & Co. will earn $1.61 per share on revenue of $14.17 billion, representing year-over-year growth of 11% and 8.2%, respectively. These numbers can be handy to keep in mind since analysts' expectations often help explain market reactions. However, long-term investors shouldn't place too much importance on them because Wall Street is focused on the short term.

Beyond the headline numbers, here's what to watch in the report:

Investors should continue to focus on the cable networks business within the media networks segment, Disney's largest and most profitable segment. More specifically, focus on its operating margin and any mention of changes in ESPN's subscriber count.

Last quarter, operating income and margins rose in cable networks and the segment, which also includes the company's broadcasting business, though ESPN lost more subscribers. The dominant sports cable network was the driver of the increase in operating income, but only because of a shift in the fiscal calendar relative to the year-ago period. This shift resulted in lower programming costs and higher affiliate revenue, which was partially offset by a decrease in advertising revenue. 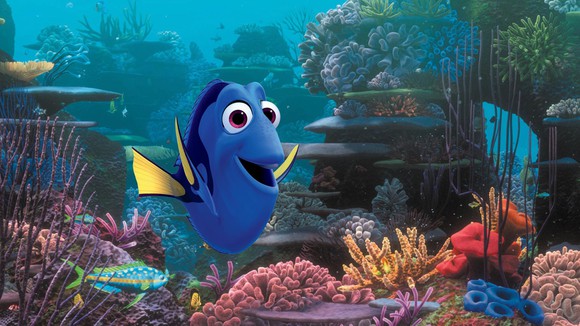 The hit movie trio of The Jungle Book, Captain America: Civil War, and Finding Dory all opened in Disney's third quarter, which should help put some force into studio entertainment's results. Dory was released near the end of the quarter -- June 17 in North America -- so only about two weeks of its box office receipts will be included in the quarter's results.

Studio entertainment's results will likely be tempered because it has a fairly challenging comparable. Marvel's Avengers: Age of Ultron, which opened in the year-ago period, took in $1.4 billion worldwide at the box office in 2015.

The company's second largest segment by revenue has been a solid performer thanks to its domestic operations. Last quarter's revenue and operating income increased 4% and 10%, respectively, driven by higher average ticket prices and hotel room rates. Attendance at domestic theme parks was relatively flat, with an increase at Disneyland offset by what the company characterized as a "modest decrease" at Disney World.

This year-over-year attendance drop at Disney World could have been a one-off thing and/or related to the demand-based pricing policies the company rolled out in February. Investors will want to focus on whatever the company has to say about domestic park attendance.

Investors should get some indication as to how successful Shanghai Disneyland's opening proved to be. The massive park opened on June 16, which means that the quarter's results will include approximately two weeks of receipts for park tickets, hotel lodging, food and beverages, and all that Disney paraphernalia that consumers find irresistible. At this stage, Disney is plowing money into developing the park, so costs are high. Hopefully, the company will provide some color as to how revenue has been tracking with expectations.