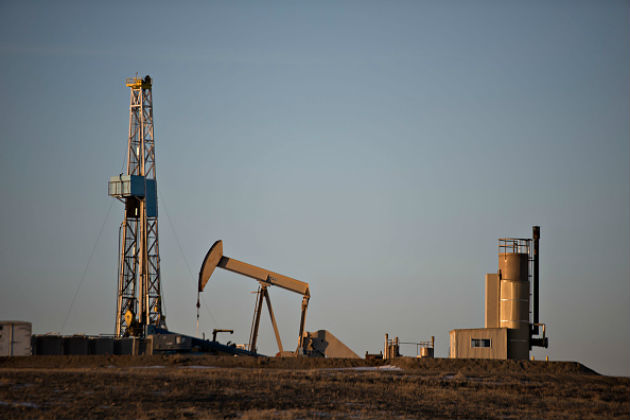 Marathon Oil (NYSE:MRO) reported second-quarter net losses of $170 million, which continues a string of weak earnings. In the first quarter, Marathon had net losses of $407 million, which follows annualized 2015 losses of $2.2 billion. In the most recent quarter, though, the company continued to follow through on developing its three core North American oil plays while bolstering its international production.

Although these efforts weren't enough to push Marathon into the black, it's worth your time to understand how they could boost the company's profitability in the future.

Marathon didn't veer off its planned 2016 strategic direction in the second quarter, spending $182 million of its $232 in capital spending on its North American positions. The expected plan is to spend the majority of its 2016 $1.3 billion capital program on these resource plays, specifically in the Eagle Ford region in Texas, the Bakken region in North Dakota, and the Oklahoma resource basins known as the STACK and SCOOP.

To reinforce these plans, Marathon purchased 61,000 acres in the STACK in the second quarter for $888 million. As with its other U.S. positions, Marathon valued the large reserves and relatively cheap production costs of the STACK. It has already begun ramping up production in these acquired assets and plans to add a new rig in the third quarter.

Additionally, Marathon has reduced its North American exploration and production costs by 28% from a year ago. The hope is that the reduced costs and the resource-rich areas will drive up both production levels and returns in the near future.

Despite the focus on the core assets, though, North American production dropped from 274,000 barrels of oil equivalent per day (BOE/D) in the second quarter of 2015 to 224,000 BOE/D in the second quarter of 2016. One reason is that its Eagle Ford production decreased by 26,000 BOE/D in that time, mainly because of lower well completion activity and reduced contributions from tighter well spacing in 2015.

Although Marathon remains confident this approach will generate high rates of return in the future, it continued to augment this strategy with alternative production in the second quarter. In its Equatorial Guinea Alba oil field, for example, Marathon began producing gas from its compression platform that will extend the life of the field by eight years.

Additionally, the company divested of most of its non-core assets in Wyoming for $870 million in the second quarter, which helps replenish its cash on hand and focus efforts on its core assets.

While Marathon's long-term debt at the end of the second quarter of nearly $7.3 billion -- which amounts to a 27% debt-to-capitalization ratio -- is relatively reasonable, it remains a concern to the company. At the end of 2015, company leadership addressed its indebtedness, stating that it exposed the company to market deterioration, reduced financial flexibility, and required a portion of cash flows to service maturities.

That situation hasn't changed. Fortunately, with $2.6 billion in cash on hand at the end of the second quarter, Marathon has ample liquidity to weather future downturns and make strategic investments to add to its core positions.

Marathon has a clear-cut strategy that should yield results once its positions are fully developed. Its balance sheet is in relatively good shape, and it has successfully utilized its diversified portfolio to shield itself against lower production from its core assets. Regardless, it is unlikely to reverse its trend of negative income until it can boost production from its core assets and increase its returns.