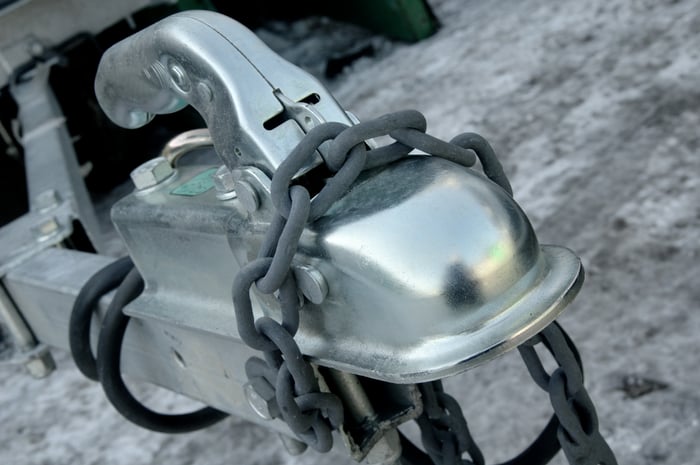 Horizon Global Corporation (NYSE:HZN), a leading supplier of towing and trailering equipment, reported results from its second quarter on Aug. 8.  The company's top line once again grew at a relatively measured rate, but strong improvements in operating margins translated into enormous growth on the bottom line this quarter.

Let's take a closer look at Horizon Global's second-quarter results and see what management has to say about the company's future prospects.

Horizon Global's second-quarter results showed that management continues to make progress at executing against its long-term growth plans. Here are some highlights from the quarter:

Overall, the company reported solid operating results. However, it's worth noting that Horizon's leverage ratio improvement wasn't as strong as the headline numbers make it appear. The year-ago period included a $9.6 million tax payment to TriMas -- its former parent -- related to its spinoff. That payment temporarily inflated the company's working capital ratio, which is one reason the year-over-year comparison looks so favorable.

Mark Zeffiro, Horizon's CEO, offered up a lot of positive commentary on the company's second-quarter performance, stating in the press release:

We capped off our first twelve months as a public company with a strong performance in the second quarter as we saw solid revenue growth, strong margin expansion and a reduction in leverage. Our accomplishments in our first twelve months include nearly doubling operating profit, improving operating margin by 300 basis points, more than doubling net income and reducing our leverage ratio.

Zeffiro went on to reaffirm that the company is laser-focused on executing against its long-term strategic plan, which includes increasing operating margins, lowering leverage, and growing revenue.

The strong quarterly results caused management to reaffirm its full-year 2016 guidance. Currently they are calling for constant currency net sales growth of 3% to 5%, adjusted segment operating profit improvements of at least 100 basis points, and net cash conversion greater than 100% of net income.

Management also reaffirmed that over the very long term, they are aiming for $1 billion in annual sales, a 10% operating profit, and at least $100 million in free cash flow per year.

Zeffiro feels that Horizon made great progress this quarter at setting itself up for future success and continued shareholder prosperity: "We continue to show improvements in our business and execute on our strategic plans as we lay the foundation for our business beyond today and focus on product innovation to strengthen our competitive advantage."