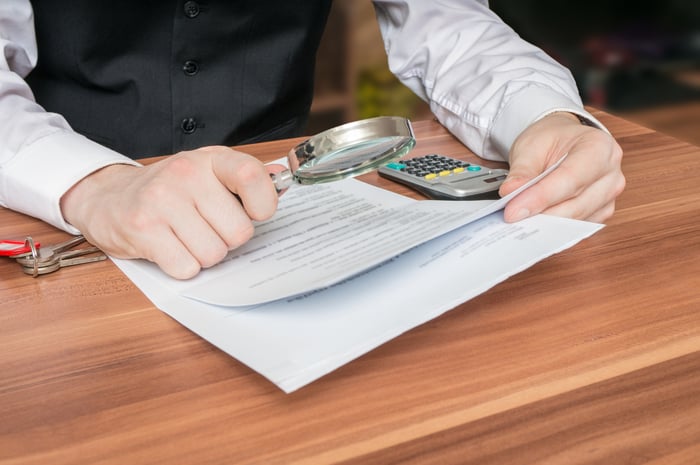 What: Shares of Valeant Pharmaceuticals (NYSE:BHC), a global pharmaceutical company that has primarily grown by mergers and acquisitions throughout the years, tumbled as much as 11% during Thursday's trading session after The Wall Street Journal reported that Valeant is under investigation by the U.S. attorney's office in Manhattan. Valeant shares were down 10.5% as of 3:45 p.m. ET.

So what: The nature of the possible criminal probe revolves around Valeant's relationship with now-former drug distributor Philidor Rx Services. This is the same company that Valeant incorrectly recognized $58 million in revenue from last year, causing it to file its annual report late while working through its financials with a fine-toothed comb.

According to The Wall Street Journal, the attorney's office is investigating whether or not Philidor failed to disclose the closeness of its drug-distribution relationship with Valeant to insurers. If Philidor didn't make these disclosures or remain a neutral party, it could have resulted in insurers purchasing higher-priced brand-name therapies that Valeant sells as opposed to cheaper alternatives that were available. In addition to its former business relationship with Valeant, Philidor's business practices, which include rebates and compensation sought from insurers, are being investigated. If wrongdoing is found, it could lead to criminal charges against Philidor executives, as well as against Valeant Pharmaceuticals as a company.

For its part, Valeant issued a press release noting that it had previously disclosed this probe by the attorney's office for the Southern District of New York in October 2015, and that it has been cooperating fully with the ongoing investigation.

Now what: Just one day after the company reported its second-quarter earnings results in a timely manner, and it stuck to its full-year sales and profit guidance, Valeant is giving back a big chunk of its earnings-day gains.

The biggest concern with this ongoing criminal probe is that it could lead to fines against the company, or certain sales restrictions if it's found to be in the wrong. It should be stated that no one has any clue which way the U.S. attorney's office is going to lean, so Valeant could wind up being cleared of all wrongdoing just as easily. However, in a worst-case scenario Valeant could face fines, restrictions, and a big hit to its image that could result in lowered sales of key drugs.

Couple this ongoing probe with the company's back-breaking $30.77 billion in debt, and we have a recipe for ongoing volatility in shares of troubled Valeant.