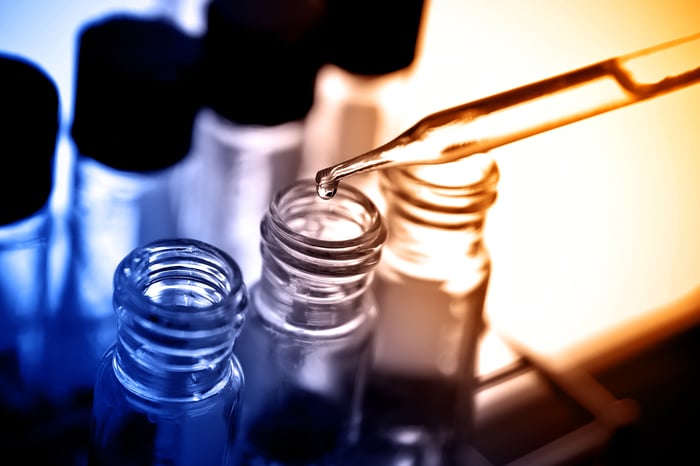 What: Shares of BioCryst Pharmaceuticals (NASDAQ:BCRX), a biotechnology company primarily focused on small-molecule drugs that block enzymes associated with disease development, leaped 27% in July, according to data from S&P Global Market Intelligence. The buzz behind BioCryst's surge can likely be traced to growing concerns surrounding Zika.

So what: The top press release-based catalyst for BioCryst came fairly early in July when it announced that the National Institute of Allergy and Infectious Diseases (NIAID) had agreed to provide an additional $5.5 million in funding for the development of BCX4430 as a treatment for hemorrhagic fever viruses. BioCryst notes that the total value of the NIAID contract through phase 1 studies could reach $39.5 million, with $35.4 million being awarded thus far under the contract. BioCryst's chief medical officer noted that the additional funding would allow the company to further evaluate dosing schedule and duration of treatment.

The real hype surrounds BCX4430 as a potential treatment for various types of filoviruses, such as Ebola and Zika. In nonclinical studies, BCX4430 has demonstrated early success against filoviruses, leading to hope from shareholders that BioCryst could be on the leading edge of a functional cure for Ebola or Zika.

The Centers for Disease Control and Prevention announced last week that 7,360 cases of Zika have been confirmed in the United States. Of course, this pales in comparison to the likely more than 1 million cases that have occurred in Brazil, the so-called epicenter of the Zika outbreak. With concerns about Zika spreading beyond the Americas, investors are latching onto any hope of a future cure.

Now what: On one hand, there's a lot of excitement surrounding BioCryst, with BCX4430 continuing to advance, avoralstat advancing into a late-stage study for hereditary angioedema, and Rapivab, a treatment for acute influenza, gaining Food and Drug Administration approval in December 2014. In June 2015, BioCryst announced that it had licensed the worldwide rights to Rapivab to CSL Limited, netting the company a $33.7 million upfront payment and allowing it to focus its attention on its pipeline instead of marketing. Rapivab sales could provide a steady spark for BioCryst in due time.

On the other hand, BioCryst is burning through its remaining cash on hand at a rapid pace, and it seems unlikely that the company will be profitable anytime soon. BioCryst ended Q2 with $64.3 million in cash and cash equivalents, down from $100.9 million just six months prior. Based on the current trajectory, BioCryst may only have about a year's worth of cash left on its balance sheet. This could mean dilutive secondary share offerings are in the company's future.

For the time being, my suggestion would be to monitor BioCryst from the sidelines. If hereditary angioedema drug avoralstat hits its marks in a pivotal late-stage trial, then BioCryst could be worth a deeper dive. But with its cash on hand shrinking by the day, the risks appear to outweigh the rewards.