The tech sector is a great place to find high growth stocks, but it can be tough to narrow down the highest growth players. So for this article, I screened for tech stocks with these three qualities -- a market cap over $2 billion (since smaller companies often have unsustainable annual growth rates), over 40% projected sales growth for this year and next year, or more than 40% earnings growth during the same period. The stocks also had to be covered by over a dozen analysts for more balanced growth forecasts. 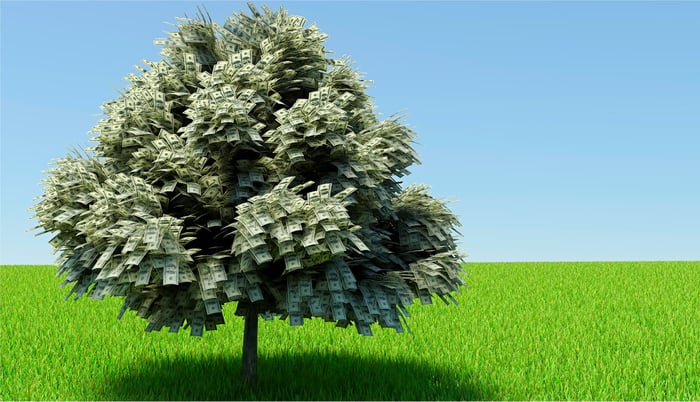 Pure Storage provides cloud-based storage solutions to enterprise customers. What sets it apart from other rivals is that it uses flash memory in solid state drives (SSDs) instead of traditional platter-based hard drives (HDDs). SSDs are denser, more reliable, and more power-efficient than HDDs because they don't have any moving parts. SSDs are pricier than HDDs on a per gigabyte basis, but that gap has narrowed considerably over the past decade.

Demand for Pure Storage's platform, which is integrated with flash-optimized software and cloud-based management and support, has been robust. The company posted 152% sales growth in 2015 and is expected to report 61% sales growth this year and 42% sales growth next year -- giving it the highest top line growth rate of the companies on this list.

However, Pure Storage isn't profitable on a GAAP or non-GAAP basis, and its losses widened annually by both metrics last quarter. Investors should also note that Pure Storage has been engaged in a tough patent battle with rival EMC, and a law firm started investigating the company in May for "possible violations of federal securities laws."

Palo Alto Networks provides a next-gen firewall for 31,000 customers in over 140 countries, including more than half of the Fortune 100 and the Global 2000. The company's firewall is a "best in breed" platform which has been approved the U.S. Department of Defense and other major agencies worldwide. Demand for cybersecurity services has been rising, since the number of personal data breaches more than doubled last year to 178 million, according to the Identity Theft Resource Center.

Palo Alto's revenue rose 55% in fiscal 2015 and is expected to grow 47% this year and another 34% next year. While those figures don't match Pure Storage's growth rates, Palo Alto excels in another area -- earnings growth. Palo Alto isn't profitable on a GAAP basis, but its non-GAAP earnings (which exclude stock-based compensation and other expenses) are expected to improve 93% this year and 59% next year -- giving it the best bottom line growth of the group. However, investors should still keep a close eye on its stock-based compensation, which rose 76% annually last quarter and gobbled up a third of its revenue last quarter.

The best "all-around" grower, with steady sales and earnings growth which isn't expected to decline dramatically from year to year, is Mobileye. Mobileye makes ADAS (advanced driver assistance systems) and automotive chips for about 90% of the leading automakers in the world. Its core strategy is to sync cheaper existing technologies, like cameras and radars, to steering and braking systems to help cars "see" and avoid obstacles. Newer systems also enable cars to stay in a single lane for a semi-autonomous driving experience.

Rising demand for these systems helped Mobileye post 68% sales growth last year. Analysts expect that growth to continue with 44% growth this year and 43% growth next year. Mobileye is profitable by both GAAP and non-GAAP measures, but analysts generally refer to its non-GAAP earnings in their growth forecasts. On that basis, Mobileye is expected to post 48% earnings growth this year and 49% growth next year -- making it one of the few high-growth players with accelerating earnings growth.

But looking ahead, investors should note that Mobileye faces rising competition from Nvidia, and Tesla's recent decision to stop using Mobileye chips could impact its reputation among other premium automakers.

Those high multiples indicate that all three stocks are risky plays which could plummet if they fail to beat analyst expectations. Therefore, investors shouldn't simply chase these stocks for their robust growth. Instead, they should do their due diligence to see if their growth trajectories justify their higher price tags.