Brian Feroldi, Chuck Saletta, and Brian Stoffel
(TMFTypeoh)
Author Bio
Brian Feroldi has been covering the healthcare and technology industries for The Motley Fool since 2015. Brian's investing strategy is to buy high-quality companies and then let compounding work its magic. See all of his articles here. Follow @brianferoldi
Follow @brianferoldi 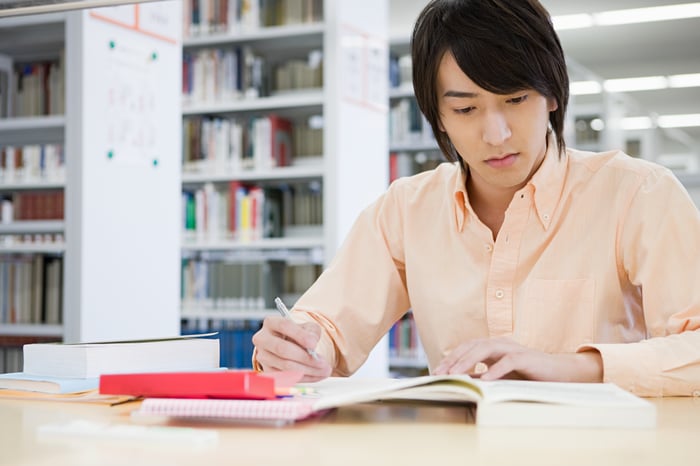 According to FinAid, the inflation rate of college tuition has outpaced the overall inflation rate every year for more than 50 years running. This has made it increasingly difficult for millions of students to afford the cost of higher education.

To help ease that burden, Congress created a tax-advantaged college savings account that was designed to help offset the skyrocketing cost of tuition. These plans, which are now called 529 plans, have been growing in popularity throughout the 20 years they've been available.

Of course, like any government program, 529 plans come with plenty of rules, exceptions, and limitations that you should know about before making use of them. Below is a list of three aspects of 529 plans that everyone should know.

The beneficiary isn't set in stone

The good news here is that 529 plans are fairly flexible. If the original beneficiary doesn't use all of the assets in the account, then you can easily change the beneficiary to another family member without any tax consequences. That can come in handy if you have multiple children whom you plan to send to college.

It's also nice to know that the term "family member" is quite loosely defined by the IRS. Here's a look at the list of people who qualify as a family member:

Since the 529 plan's beneficiary can be changed to any these family members tax-free, these accounts are more flexible than you might assume.

There are ways to avoid the 10% penalty if plans change

Chuck Saletta: One of the downsides of 529 college savings plans is the fact that withdrawals are only free from taxation if you use the money for qualifying educational expenses. Indeed, if you don't use the money to pay for those types of expenses, you have to pay both income taxes  and a 10% penalty on the earnings from the account. That makes 529 accounts a potentially expensive investment if you're not sure your child will face those expenses.

Fortunately, there are exceptions that allow you to avoid the penalty, though not the taxes. For instance, if the beneficiary of your 529 account receives a scholarship or placement at a U.S. military academy, then you can withdraw the amount of the scholarship or the education costs of the academy without paying the 10% penalty. In addition, should death or disability prevent the designated beneficiary of a 529 account from attending college, then money can also be withdrawn without the 10% penalty.

You have more options than you think

Brian Stoffel: One of the biggest misconceptions about 529 Plans has to do with where the money is invested. Most people assume they can only invest in their home state's 529 plan or the 529 plan of the state where they plan on sending their kids to school.

But that's simply not the case. With a few exceptions, you can invest your money in any state's 529 Plan. In practice, this is a big deal: States like Illinois and Massachusetts have plans with low fees and high historical returns, while states like North Dakota and Arkansas have much higher fees but lower historical returns. I provided a breakdown of all available plans with a history of at least three years here.

One important drawback to note, however, is that if you use an out-of-state 529 plan, you will be forfeiting any state income tax deductions. But not all states offer dollar-for-dollar tax deductions for 529 plans. That's why its important to investigate your home state's policies and weigh the pros and cons of shopping your 529 dollars around.