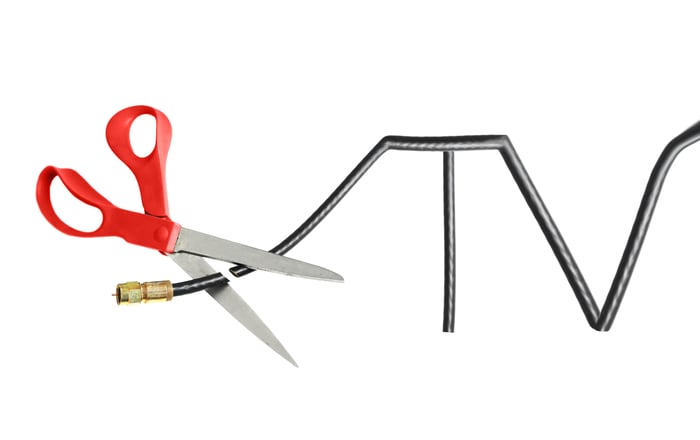 Walt Disney Co. (NYSE:DIS) announced on Aug. 9, before releasing solid fiscal third-quarter 2016 results later in the day, that it's investing $1 billion to acquire a 33% stake in BAMTech, a leading video streaming company formed by Major League Baseball. As part of the deal, BAMTech was spun off from MLB's broader digital business, MLB Advanced Media (MLBAM).

The entertainment giant has various plans for BAMTech, with the most notable one being the launch of a direct-to-consumer ESPN-branded multisport subscription video streaming service. Here's what you should know.

Disney will pay $1 billion in two installments, now and in Jan. 2017, and has the future option to buy a controlling stake in BAMTech. BAMTech will become a key Disney partner in the delivery of streaming video and other digital products from Disney, ABC, and ESPN, as well as future digital initiatives across the Mouse's empire.

ESPN's current cable content won't appear on the new multisport subscription streaming service that Disney plans to roll out. So, for now at least, this service won't compete with the company's lucrative ESPN cable product.

Following the deal, the National Hockey League received a minority interest in BAMTech because of a previous agreement.

BAMTech will use Disney's investment to speed up growth of its proprietary video delivery platform and develop new capabilities. It already has an impressive roster of clients in the sports, news, and entertainment industries, including HBO NOW, the National Hockey League, Major League Baseball, the PGA TOUR, WWE Network, and Ice Network. BAMTech has nearly 7.5 million total paid subscribers to its clients' over-the-top product offerings.

Disney CEO Bob Iger said on the company's Q3 conference call that the deal with be "slightly" dilutive to earnings. He also stated that Disney's goal is to launch the multisport streaming service by the end of the year, adding that Disney won't have to buy any new content for the launch. The product will include some content that BAMTech owns plus content to which Disney owns the rights, but isn't yet using.

What BAMTech can do for Disney

Iger said on the Q3 call that BAMTech is a "critical component" of the company's goal "to ensure that our brands, notably ESPN, remain strong, vital and relevant in a totally changed media landscape."

Iger's referring to how the availability of subscription digital video streaming services, such as those offered by Netflix and Amazon.com, has driven some consumers to discontinue or slim their large cable bundles or, in the case of many millennials, skip signing up for cable in the first place. This has caused a decline in the number of subscribers to Disney's cable channels. ESPN's loss of subscribers is particularly concerning because the dominant sports cable network is a cash cow.

BAMTech enables Disney to offer its sports and other content directly to consumers, enabling it to capture some dollars from cord-cutters and cord-slimmers. Moreover, Disney could double-dip on some ESPN subscribers. Current ESPN cable subscribers who are especially gaga over watching sports could choose to also subscribe to Disney's new multisport streaming service when it rolls out, as its content will be different.

Disney is attacking the cord-cutting issue on several fronts. It's been successful in getting ESPN included in several streaming services with limited content, or "skinny bundles." It announced a big win on this front during its earnings call: AT&T's (NYSE:T) DirecTV, the largest distributor in the U.S., will feature ESPN and a handful of other Disney channels in all subscription packages offered in its upcoming DirecTV Now over-the-top service.

Beyond what BAMTech can do for Disney's content, the company also provides the latter with the potential to benefit from the soaring popularity of digital video streaming in general.

The biggest benefit to Disney of taking a stake in BAMTech is that it allows the company to more actively control the fate of ESPN and its other cable channels. BAMTech allows Disney to bring its immense IP directly to consumers. It no longer has limited options to choose from as its cable business is being disrupted by consumers' growing preference for streaming video, such as just waiting for distributors to launch over-the-top offerings and negotiating to have its channels included in these products.

Disney will likely exercise its right to buy a controlling stake in BAMTech if all goes well with its test ride, according to my take on comments Iger made on the call. The company's big acquisitions during Iger's tenure -- Marvel, Pixar, and Lucasfilms -- have all been home runs. So, the odds seem in favor of power slugger Disney going 4-for-4 if it does increase its bet on BAMTech.