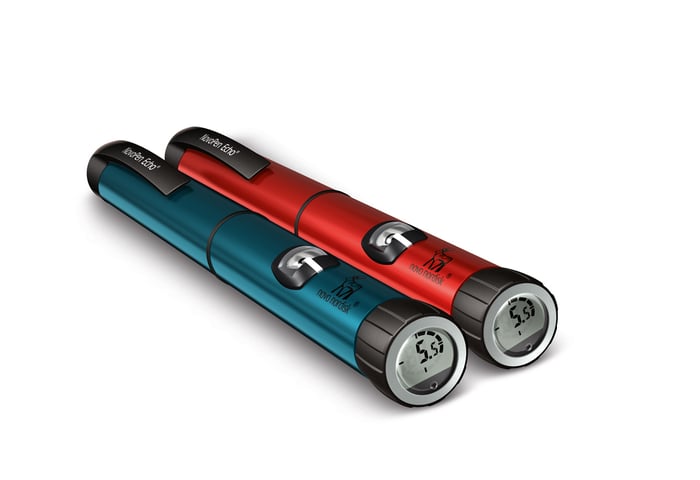 Novo Nordisk's (NYSE:NVO) first-half earnings weren't horrible, but the company disclosed continued pricing pressure due to competition for its older insulins, requiring the drugmaker to lower its guidance for the year.

While management sees continuing pricing pressure for NovoLog and for other pre-mix insulin since there are multiple drugs on the market that have pretty close to the same efficacy, Lars Rebien Sorensen, Novo Nordisk's president and CEO noted that the company doesn't see an issue for its GLP-1 drugs because it's largely a two-horse race with Eli Lilly's (NYSE:LLY) Trulicity. "We hope and believe that there will be a possibility for some positive impact from the GLP-1 segment given that this is largely becoming a competition between Trulicity and ourselves," Sørensen said.

Regarding OI338GT, Mads Krogsgaard Thomsen, Novo Nordisk's chief science officer, wasn't ready to show the company's hand for the next steps, "We're currently assessing the target product profile for oral basal insulin, as well as the investment needs of the program and we expect to have more detailed information regarding potential next steps in the second half."

Next month, if not sooner, Novo Nordisk should hear about a Food and Drug Administration decision on IDegLira, its mixture of Tresiba and Victoza. IDegLira may cannibalize some sales from Tresiba and Victoza; there should be some segment of patients taking other insulins and GLP-1 drugs that would be happy to cut the number of times they have to inject themselves in half.

In September at the European Association for the Study of Diabetes meeting, we'll get a detailed look at SUSTAIN 6, the clinical trial testing Novo Nordisk's once-weekly GLP-1 drug semaglutide. Like the LEADER trial for Victoza, which is taken once a day, SUSTAIN 6 looked at cardiovascular events, although it wasn't as large and long as the LEADER trial so it may be hard to draw firm conclusions about whether semaglutide is better than Victoza. Nevertheless, once-weekly injections should drive demand over daily injections.

Looking to the second-half financials, management cut the top half of its 2016 expectations to year-over-year growth of 5% to 7% in local currencies; the previous guidance was for growth of 5% to 9%. Likewise on the bottom line, adjusted operating profit guidance for the year was cut at the top with expectations of 5% to 8% year-over-year growth in local currencies compared to previous guidance that topped out at 9%.