While it isn't risk-free, Realty Income can produce growth and income while still allowing you to relax. Image source: Getty Images.

Retail REIT Realty Income Corporation (NYSE:O) has don't extremely well for its investors over the years, with an 18.2% average annual return since its 1994 IPO and a 76-quarter streak of consecutive dividend increases. However, performance figures like this raise the question: How risky is Realty Income?

Many investors automatically assume any retail investment is risky, and it's easy to see why. In addition to several high-profile retail bankruptcies such as Radio Shack and Aeropostale, many retailers have severely underperformed the market over the past few years and have struggled to remain profitable. 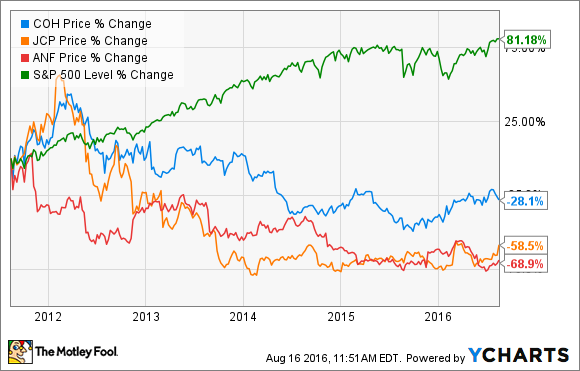 However, Realty Income's portfolio of properties is specifically designed to be competition- and recession-resistant. The majority of its properties fit into one or more of these three categories:

As you can see, the majority of Realty Income's tenants fall into one or more of these categories. 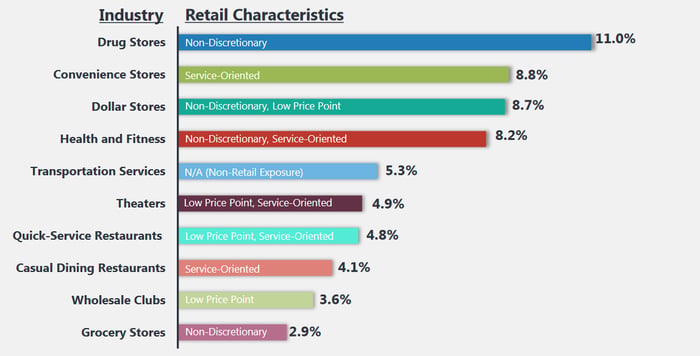 In addition to the low-risk retail businesses occupying the majority of Realty Income's portfolio, the lease structure is designed to produce worry-free, growing income.

Tenants sign what are known as "net" or "triple-net" leases. Basically, this means that the responsibility for property taxes, building insurance, and maintenance (hence the "triple") are shifted to the tenant. In other words, the tenant pays the variable expenses -- if insurance rates spike, for example, it's not Realty Income's problem to come up with the extra money.

The leases have long initial terms, typically for 15 to 20 years. Unlike many other types of REITs, such as those specializing in apartment buildings, Realty Income doesn't have to worry about tenant retention too often. Because of this, the portfolio remains at high occupancy levels at all time. In fact, Realty Income's occupancy hasn't fallen below 96% no matter what the economy was doing.

Finally, the leases generally have annual rent increases built in. So, not only is the company's rental income predictable, but it grows without much effort. This is how the company is able to increase its dividend like clockwork.

Having gone through all of the reasons why Realty Income isn't risky, it's important to take a look at the other side of things. There are a few reasons Realty Income's profits could fall, and just to name a few of the biggest reasons:

So, how risky is Realty Income?

The short answer is "not very", especially relative to its return potential. No stock that can produce double-digit returns is without risk, and Realty Income is no exception. However, the company has a recession- and competition-resistant business model that should allow the income and growth to continue no matter what the economy is doing.