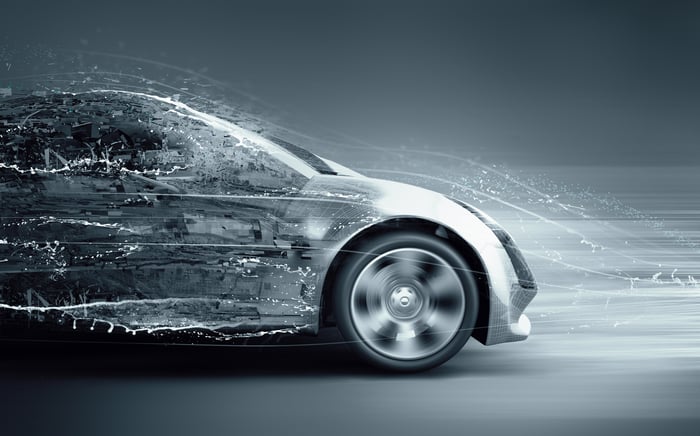 Japanese semiconductor giant Renesas Electronics shook up the headlines on Monday morning. According to reports from several well-respected sources, the company wants to acquire California-based chip designer Intersil (NASDAQ:ISIL) in a blockbuster deal worth up to $3 billion.

Picking up Intersil will add some muscle to Renesas' massive automotive computing division. But will it be enough to lift Renesas past NXP Semiconductors (NASDAQ:NXPI) and back into first place in that crucial market?

NXP's recent merger with Freescale Semiconductor vaulted the company from fourth to first place in the burgeoning automotive chip sector. Before that merger and other combinations in the automotive sphere, Renesas was the king of that particular hill. This sector accounts for 13% of Renesas' total revenues, and the company currently holds a 9.2% share of the automotive chip market's $29 billion in annual sales.

But that's only good enough for third place today behind NXP's chart-topping 14.4% market share. So how much more revenue will Intersil add to Renesas' pile?

Intersil collected 12% of its 2015 revenues from the automotive market, which works out to roughly $62.5 million. In turn, that amounts to 0.2% of the $29 billion market we're examining.

If it were formally announced, approved, and finalized, this buyout would lift Renesas' automotive market share from roughly 9.2% to 9.4% -- which still lands in third place behind NXP and Infineon.

And that's after a couple of big "ifs." Finding regulatory approval for border-crossing buyouts can be tricky. Moreover, Renesas has not filed an official bid for Intersil yet. CEO Bunsei Kure is indeed looking for overseas buyout targets, but not necessarily at Intersil. And the company "has made no final decisions," according to a statement quoted by Bloomberg.

No, Renesas is not about to vault to the top of the automotive chip market again, at least not via an Intersil buyout. The Japanese competitor would have had to aim for a much larger supplier if the ultimate goal had been to achieve automotive domination.

In other words, NXP's cozy leadership position would not be threatened by this proposed buyout.