After surging to an all-time high of $86.97 several months after its 2014 IPO, shares of action-camera maker GoPro (NASDAQ:GPRO) rapidly declined as revenue growth slowed. For most of the last year, the stock has traded well below its IPO price of $24 per share. The company posted losses in the past three quarters, which seems to confirm concerns that the action-camera market, and GoPro specifically, has limited growth potential.

I disagree with these concerns and bought the stock several months ago because I believe it's on track to be profitable by year-end, as a result of upcoming product launches, improved product management, and the potential to become an acquisition target.

On track to a profit

Second-quarter revenue declined 47.4% year over year, to $220.8 million, which resulted in an adjusted net loss of $0.52 per share. On a positive note, revenue increased 20% sequentially because of an 8% increase in units shipped and an 11% increase in average selling price. At the end of the second quarter, the company provided full-year revenue guidance of $1.35 billion to $1.5 billion and said it would be net income profitable in the fourth quarter of 2016. It didn't provide specific net-income guidance, but considering the company reported a $91.7 million loss in the second quarter, I'll be happy to see a profit of any size.  The size of GoPro's fourth-quarter profit depends largely on the success of two new products launching later this year. 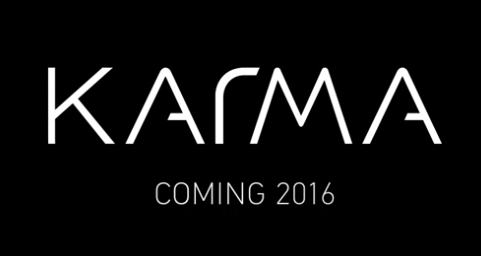 GoPro is banking on the HERO5 action camera and the Karma drone to boost revenue in the third and fourth quarters. It's been almost two years since GoPro launched the HERO4 in September 2014, and its top-of-the-line model is finally getting an upgrade with the HERO5 launching later this year -- just in time for the holidays. No official details on the HERO5 have been released, but during GoPro's Q2 2016 earnings conference call, founder and CEO Nick Woodman said it would deliver "the most convenient and connected user experience we've ever created." If the new camera offers substantial improvements over previous models, it could attract new customers and motivate GoPro owners to upgrade their older devices, resulting in significantly higher revenue than current guidance suggests.

Like the HERO5, GoPro has released little detail about its new product, the Karma drone. In an interview with Engadget earlier this year, Woodman hinted that the Karma would have backwards compatibility, which means older GoPro cameras could be used with the drone.  This leads me to believe the Karma won't have a built-in camera but will require a GoPro camera to operate. If this is the case, it could be good for two reasons. First, the drone would probably be priced lower than if it included a camera, and this might entice current GoPro owners to purchase the drone. Second, it could encourage new customers to purchase the drone and a camera. This could lead to significantly higher Karma sales than just launching a high-priced drone with a built-in camera, and increase future revenue streams by allowing customers to upgrade cameras instead of replacing the entire drone.

GoPro's biggest mistakes in 2015 were the result of poor product management related to its lower-priced HERO line and the launch of the HERO4 Session. Gross margins in 2015 were heavily affected by a $57 million charge to cost of revenue for excess purchase order commitments, excess inventory, and obsolete manufacturing resulting from the company's decision to discontinue its HERO cameras.

This wasn't the only substantial charge in 2015 resulting from poor product management.  The HERO4 Session, launched in July 2015, fell short of sales expectations and led to customer confusion because it was priced the same as the HERO4 Silver -- a camera that had many more features and better video quality. It was originally priced at $399, and GoPro had to cut the price in half, to $199, to increase sell-through and reduce inventory.  The price cuts resulted in a 2015 revenue reduction of $40 million for pricing related charges. Management seems to have learned from this lesson by focusing on a simpler product mix of only three cameras and better inventory management, which resulted in a 52.2% reduction in inventory in the first half of 2016 to $89.9 million.

While any investment should not be based on takeover rumors, it is worth noting that GoPro has some characteristics that could make it an acquisition target. When the company was still profitable and revenue was growing rapidly, GoPro was a much more attractive takeover target, but it still has a financially sound balance sheet with no long-term debt and, despite recent losses, a sizable amount of cash and short-term investments -- $279.20 million in all. In the past, Apple (NASDAQ:AAPL) had been considered one of the likely potential acquirers because of similarities in its focus on hardware, virtual reality, and image/video editing software. Apple CEO Tim Cook has stated his intentions to be more aggressive in using Apple's $231 billion in cash and investments on acquisitions.  Considering GoPro's current market cap of $2.4 billion, even if Apple acquired the company at a substantial premium, it would have a minor impact on Apple's cash.

After posting substantial losses in the past three quarters, GoPro has a way to go to alleviate concerns over its future, but the company seems to be on the right track. Sales results of the HERO5 and the Karma drone will ultimately have the greatest impact on GoPro's success in 2016 -- and whether or not it's profitable in the fourth quarter. It's certainly a riskier investment, but the reward could be great if management can successfully turn around the company's performance.