Measured by revenue, Apple's (NASDAQ:AAPL) services segment was the tech giant's second largest segment in its most recent quarter. Its large share of Apple's top line highlights its importance to the company's business. Indeed, Apple management noted in its most recent earnings call it expected its services revenue to be the size of a Fortune 100 company by next year. But the segment wasn't always this important to Apple's results. In the same quarter three years ago, Apple's services revenue was the company's fourth largest segment and accounted for 11% of revenue, compared to 14.1% of revenue in the third fiscal quarter of 2016.

Going forward, it looks like Apple's services segment will only become more crucial to Apple's business. Here's where the segment's growth is coming from and why it's likely to continue to steadily grow in the coming years. 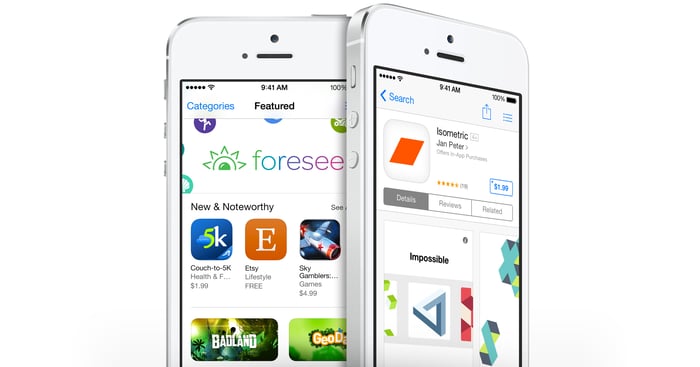 The importance of App Store revenue for Apple's services segment is highlighted by the company's non-GAAP installed base related purchases metric, which adjusts Apple's services revenue by accounting for App Store sales "and certain content sold through the iTunes store" on a gross basis instead of the net basis they are accounted for in Apple's services segment. This single adjustment nearly doubles Apple's "services" revenue in Q3 and it helps the segment achieve impressive 29% year-over-year growth. Comparatively, Apple's year-over-year growth in services revenue without this adjustment is just 19%.

Despite the App Store's increasing importance to Apple, highlighted by the difference this adjustment makes, other newer contributors to Apple's services segment hold promise, as well as potential future add-on services. Recent examples of new services Apple has tacked on are Apple Pay and Apple Music. Pointing to just how well newly launched services can resonate with its installed base of users, Apple said in its most recent quarterly shareholder letter that tens of millions of users are now using Apple Pay and that monthly active users of the service were up 450% compared to the same month one year ago.

Investors betting Apple's services segment will be more important in the future don't have to base these forecasts on speculation. Recent performance from the segment clearly portrays an optimistic narrative for the segment.

First, consider the accelerating year-over-year growth rates in Apple's non-GAAP installed base related purchases. Since Apple started tracking this method in the first quarter of fiscal 2016, the metric has moved higher every quarter. In Apple's first fiscal quarter of 2016, installed base related purchases were up 24% from the year-ago quarter. And this growth rate hit 29% by fiscal Q3.

As Apple's services segment continues to grow, investors should pay more attention to it. In addition, investors should keep an eye on any new services Apple launches to see whether they could be a catalyst for even more revenue in the segment.

Currently, Apple may generate the majority of its revenue and profits from iPhone, but investors should expect services to become more important as the company continues to tap into its loyal active installed base of users.