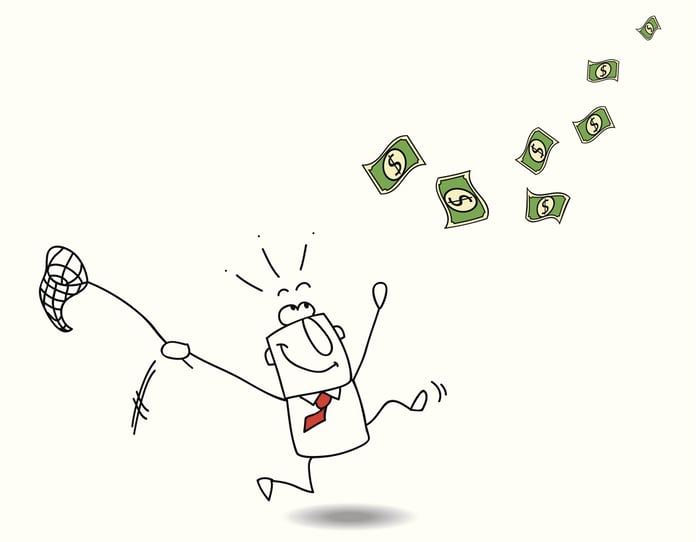 High dividend yield today or dividend growth in the future? If you prefer the latter, the Vanguard Dividend Appreciation ETF (NYSEMKT:VIG) might be for you. The exchange-traded fund invests in so-called "dividend achievers," companies that have increased dividends for 10 consecutive years and are likely to defend their title by increasing dividends going forward.

The fund's relatively simple methodology is a winner, as the ETF has delivered market-beating performance over the last 10 years. Here's everything you should know about this ETF.

The Vanguard Dividend Appreciation ETF is not actively managed. The fund tracks the Nasdaq U.S. Dividend Achievers Select Index, which is comprised of U.S.-listed companies that have increased their dividends for at least 10 consecutive years.

The index and fund make only a few exceptions, throwing out high-yielding but slow-growing real estate investment trusts and limited partnerships, which have less potential for outsize dividend growth. (REITs are commonly excluded from many of Vanguard's dividend funds.) 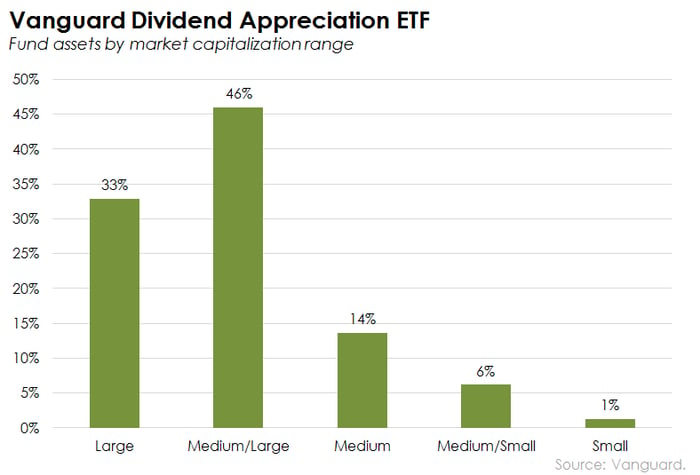 The Dividend Appreciation ETF weights its investments by market cap, resulting in a portfolio that is more heavily invested in large cap stocks, and less invested in small caps. The three largest holdings at the time of writing are Johnson & Johnson, Microsoft, and PepsiCo, all of which are universally recognizable dividend payers that are staples in virtually every dividend ETF.

Dividend funds generally gravitate toward mature, slower-growing businesses rather than fast-growing companies. This is because mature companies are more likely to pay a dividend than younger faster-growing companies and because the Dividend Achievers index requires 10 years of consecutive dividend growth. 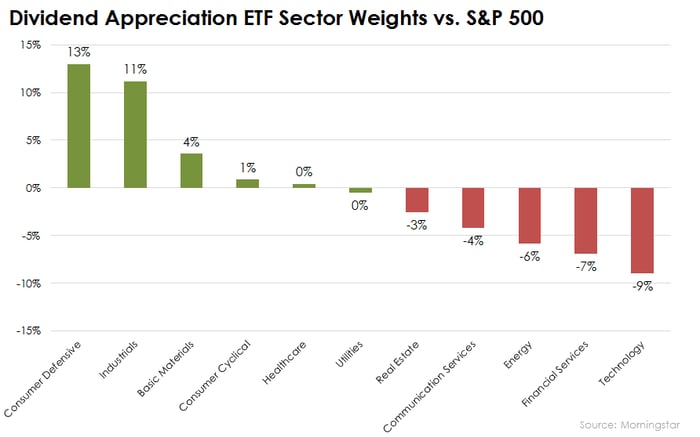 Naturally, this ETF favors some industries over others. Note that it has substantially more assets invested in consumer defensive stocks and industrial stocks relative to the S&P 500. It is also very underweight technology companies and financial services stocks. Its energy exposure, which currently lags the large-cap index, will likely continue to shrink over time as fewer energy companies can maintain consistently increasing dividends in light of declining oil prices that began in 2014.

The fund's bias toward consumer defensive stocks isn't all that surprising. The consumer staples sector generally includes manufacturers of packaged foods, cigarettes, soft drinks, and toiletries, for example, for which there is consumer demand even in the deepest of recessions. Similarly, limited exposure to the financial services industry is the result of slashed dividends following the Great Financial Crisis of 2008, which interrupted the ability of banks, asset managers, and other financial companies to pay consistently increasing dividends.

Vanguard's Dividend Appreciation ETF is among some of the cheapest funds in existence, particularly among dividend funds. The ETF carries an 0.09% annual expense, a very small slight premium to the 0.05% expense ratio of the Vanguard S&P 500 ETF.

Returns have been excellent, as the ETF beat the S&P 500 Total Return Index by approximately 0.07% annually over the last 10 years. Though it may not seem all that impressive, consider that the ETF achieved this performance with less volatility. During the financial crisis, the Dividend Achievers ETF fell by 43% from peak to trough, whereas the S&P 500 declined by 52%.

Ultimately, if your goal is current dividend yield, you may want to look elsewhere. The fund currently yields about as much as the S&P 500 index. However, if you're looking to invest in companies that have a consistent record of dividend increases -- a record most companies would prefer to maintain -- and do it at a low cost, this fund is one of your best choices.