Want to know what the best mutual funds are in the energy sector? While the oil and gas industries require specialized knowledge and thorough analysis, there are always funds that exceed market expectations. 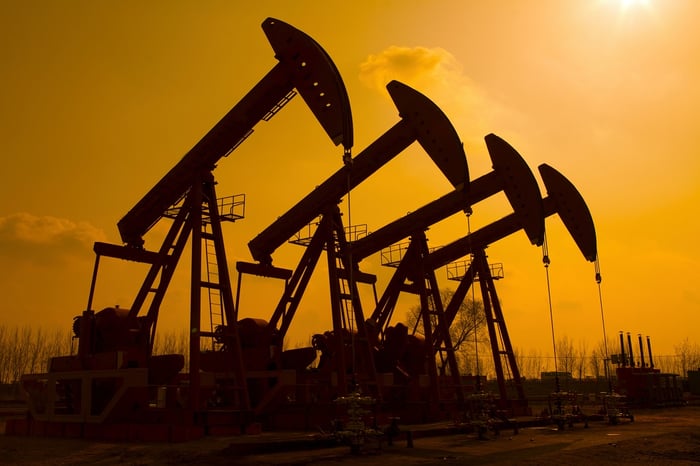 The two funds on the list below exhibit many of the traits of top sector funds, backed up by long histories of above-average performance.

Though Vanguard is better known for index funds, its actively managed funds have proven winners, too. The actively managed Vanguard Energy Fund is among the best oil mutual funds, turning a $10,000 investment in 1984 into more than $278,000 by mid-2016, vastly exceeding the $128,000 an investor would have from investing in the average energy fund over that time.

Like many Vanguard funds, the most compelling reason to own the Vanguard Energy Fund is that it is relatively inexpensive, particularly for an actively managed mutual fund. The fund's Investor Shares carry a total expense ratio of just 0.37% of assets. The Vanguard Energy Fund Admiral Shares (NASDAQMUTFUND:VGELX) are less expensive, carrying an expense ratio of 0.31% of assets. Investors can effectively get all the benefits of active management at roughly the same cost as oil industry ETFs!

The fund is benchmarked to the MSCI ACWI Energy Index, which includes large and mid-cap energy stocks from 23 different developed and emerging markets. Over the last 10 years ended June 30, 2016, the fund beat its benchmark by a whopping 0.78% per year, on average.

Karl Bandtel joined Wellington Management and worked with the Vanguard Energy Fund starting in 1992, and was ultimately responsible for its impressive performance. Unfortunately, Vanguard's star manager retired in June 2016, handing over the reins to a new manager. Whether or not the fund's outperformance will continue into the future remains to be seen, but the fund's low cost relative to other actively managed funds that have the same benchmark gives it a natural edge.

It may seem like a cop out that this list includes exactly one actively managed energy mutual fund, but the reality is that the vast majority of oil mutual funds carry substantial fee burdens that are only magnified by oil stocks' relatively week performance since 2014. The Vanguard Energy Index Fund is an excellent choice due to its low expenses and historically good performance.

The fund seeks to track the MSCI US Investable Market Index (IMI)/Energy 25/50 index, which is comprised of small-, medium-, and large-cap stocks. Companies must have some direct or indirect link to energy, whether it is in the exploration, production, marketing, refining, or transportation of oil. It also includes companies that construct rigs and drilling equipment, or provide other energy-related equipment and services, according to the prospectus.

The fund currently holds 136 stocks, and weights its holdings by market cap, resulting in a mix that favors larger companies over smaller companies. 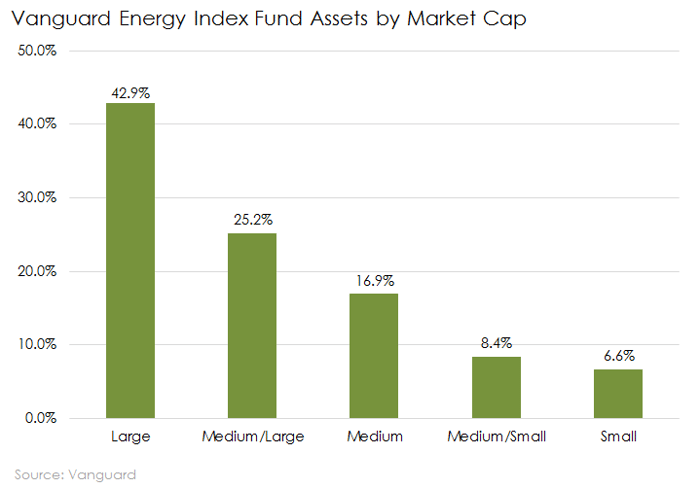 And although I spoke highly of Vanguard's active mutual fund above, note that Vanguard's index fund has actually topped its active rival over 5- and 10-year periods ended June 30, 2016. Admittedly, the active fund has a different benchmark that includes foreign stocks, whereas its index fund only includes American stocks.

The oil and gas industry is known for frequent booms and busts, and market-beating returns are generally more of a function of timing than consistent industry profitability.

The authoritative book, Valuation: Measuring and Managing the Value of Companies, ranked industries by returns on invested capital from 1965 to 2007. Of 27 industries, median returns for energy equipment and services companies ranked 18th, and integrated oil and gas companies ranked 20th. Significantly, the ending year for this study, 2007, was particularly generous, given that oil stocks benefited from six years of nearly continuously rising prices.

With this in mind, investors should know that funds that have beaten their benchmark (and thus other oil stock funds) have frequently failed to keep pace with the performance of a diversified portfolio of stocks as a whole. Just as sector funds offer the potential to outperform diversified funds, they also carry the possibility of underperforming for years, an important risk which shouldn't be ignored in the pursuit of higher returns.