Please ensure Javascript is enabled for purposes of website accessibility
Log In Help Join The Motley Fool
Free Article Join Over 1 Million Premium Members And Get More In-Depth Stock Guidance and Research
By Sean Williams – Sep 1, 2016 at 1:52AM

MannKind has a new trick up its sleeve, but this Fool isn't buying it.

Shares of MannKind Corporation (MNKD -5.97%), a biotech company primarily focused on developing treatments for diabetes, soared 15% on Wednesday, shortly after announcing that the company was making progress on an alternative to Mylan's (MYL) asthma and allergic reaction-prevention drug, EpiPen.

In case you've been out of the loop, Mylan has been taking a lot of heat from the public and pharmacies for dramatically increasing the price of its EpiPen over the past nine years. According to The New York Times via Elsevier Clinical Soluitons' Gold Standard Drug Database, pharmacies looking acquire a two-pen set would have paid less than $100 in 2007. By May 2016, the price for this same two-pen set had risen to $608.61. This has left allergy sufferers to look for alternatives or fork over a substantially higher amount of money.

MannKind, on the other hand, has just one approved drug at the moment: Afrezza. Afrezza is designed to treat type 1 and type 2 diabetes and is an inhalable powder delivered by its proprietary Dreamboat inhaler. MannKind is admittedly working on a solution that could deliver the key ingredient found in the EpiPen via its inhaler for a substantially lower cost than what Mylan is charging pharmacies.

As of now, the plan is to file an investigational new drug application in 2017 and proceed with this EpiPen alternative. Additionally, the clinical testing phase could also be shorter than expected, according to MannKind's CEO and CFO, Matthew Pfeffer. 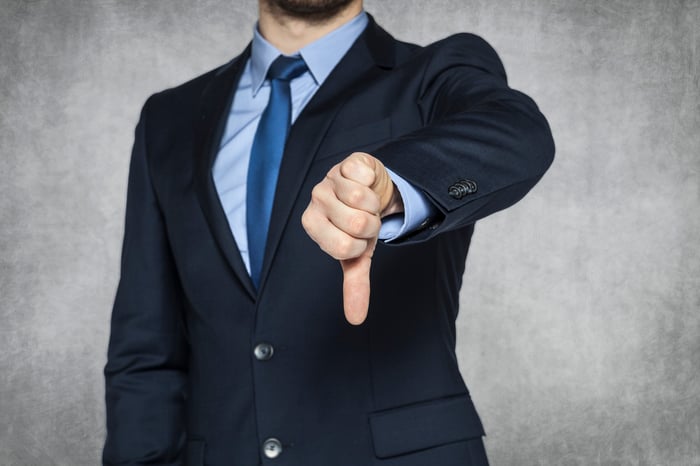 While this is an intriguing development that certainly pulls at the heartstrings of Americans who are sick and tired of rapidly rising branded drug prices, investors are likely overlooking the dire fundamental shape of MannKind.

Let's not forget that Afrezza was expected to be MannKind's lead drug, not a potential EpiPen alternative. After putting years into the development of Afrezza it fell flat. Despite partnering with Sanofi (SNY -0.45%) and receiving a lot of upfront cash, MannKind's "lead drug" has largely flopped. Sanofi wound up walking away from its deal because it didn't see the drug as economically viable, which should tell investors a thing or two about its chances of success. MannKind is set to relaunch Afrezza during the third quarter, which will likely mean a ramp-up in marketing expenses.

The bigger issue is that MannKind ended the quarter with just $63.7 million in cash and cash equivalents. MannKind's only viable method of boosting its cash has been dilutive share offerings, which it's conducted on numerous occasions over the past couple of years. Aside from $50 million in at-the-market offerings and $30.1 million in available credit from The Mann Group, MannKind is essentially out of capital-raising options and likely to produce many more quarters of losses. In my opinion, its long-term survival is very much in question.

With that being said, I would strongly suggest investors keep their distance from MannKind.

The Motley Fool recommends Mylan. Try any of our Foolish newsletter services free for 30 days. We Fools may not all hold the same opinions, but we all believe that considering a diverse range of insights makes us better investors. The Motley Fool has a disclosure policy.