Both Silver Wheaton Corp. and Alcoa are attractive, but one offers better value for money today. 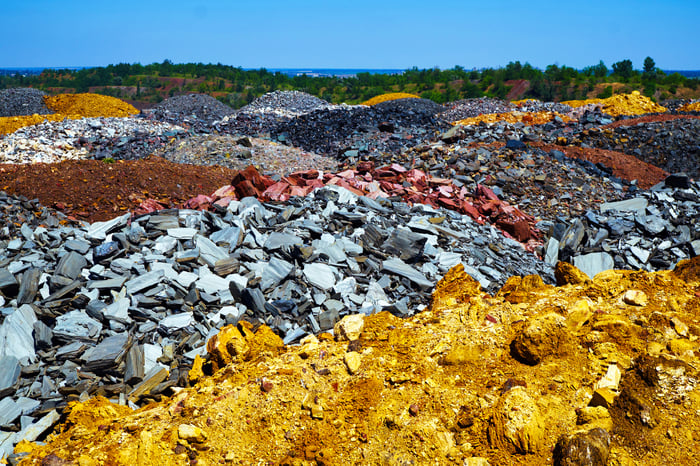 The metals and mining industry is an intriguing space to invest in right now. On the one hand, you have stocks like Silver Wheaton Corp. (WPM 1.57%) that are flying through the roof, more than doubling in value year to date. On the other, there are some like Alcoa (AA) that have just barely managed to stay in the green so far this year. The former mines one of the few precious metals in the world, while the other focuses on a common, but vital, mineral. But does that make Silver Wheaton -- whose fortunes ebb and flow with volatile metal prices -- a better buy than Alcoa, a company on the verge of what might be a turnaround? Read along, for the answer might surprise you.

The case for Alcoa

Alcoa has come a long way from traditional bauxite and aluminum mining to the manufacturing of nickel and titanium specialty parts that serve high-potential industries like automotive and aerospace. The diversification, coupled with Alcoa's restructuring efforts, has helped the company keep its head above water when aluminum prices slumped and hit its upstream mining business.

Alcoa is now about to take a huge step forward as it proceeds to split into two this year: Its upstream business will retain the name Alcoa, while its value-add business will be known as Arconic post-split. Logically, separation of its volatile commodity-centric mining business from the higher-margin value-add business should unlock greater value for Alcoa's shareholders in the longer run. There are even better reasons to be bullish about Alcoa right now.

Take aluminum, for example. Alumina prices are recovering as demand for the lightweight metal catches up. The multibillion-dollar contracts that Alcoa has been awarded in the past year or two from companies like Boeing, Airbus, and Ford bear testimony to aluminum's growing market. As one of the top five aluminum producers in the world and the biggest in the U.S., Alcoa is poised to benefit tremendously from aluminum's growing appeal. Meanwhile, Alcoa is aggressively slashing costs and reducing debt: Its net income more than doubled during the first half of the year, on the back of 17% lower selling, general, and administrative expenses.

Putting it all together, Alcoa looks like a great turnaround play right now in the metals and mining industry. But wait, can it fetch better value for money than Silver Wheaton?

The case for Silver Wheaton

Unlike Alcoa, Silver Wheaton isn't really a miner as it doesn't own mines or produce metals. Instead, Silver Wheaton enters into "streaming agreements" with other miners -- it finances them up front and secures the right to purchase silver and gold produced from the mines at a low, fixed price. So Silver Wheaton secures bullion streams from miners without incurring any of the costs associated with exploration, operation, and maintenance of mines. That's a huge advantage to have in a capital-intensive industry like mining.

That's not all. Silver Wheaton's purchase costs average only about $5 per ounce of silver and $400 per ounce of gold. If you have the slightest idea of the levels the precious metals are currently at -- silver's around $19 per ounce and gold around $1,300 per ounce -- you can imagine the mind-boggling margins that Silver Wheaton enjoys. 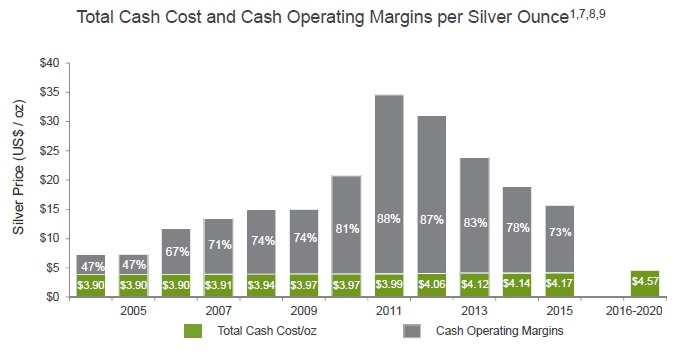 While it has silver in its name, Silver Wheaton is just as much into gold. Its gold sales volumes climbed 16% year over year in the second quarter to push its gold sales to record highs. Last month, Silver Wheaton bought additional 25% rights in Vale's (VALE -3.52%) Salobo mine for $800 million, taking its total stake in the mine's gold output to 50%. That's a steal deal, coming at a time when gold is heading higher and higher.

Not surprisingly, the recent rally in silver and gold sent Silver Wheaton shares flying. Silver Wheaton's unconventional business model gives shareholders exposure to increases in the prices of precious metals at significantly lower risks than traditional miners, making it a great choice in the metals and mining space today.

The verdict: Silver Wheaton or Alcoa?

When you consider the growth potential in the company's value-add business going forward, Alcoa is relatively undervalued at 11 times cash flow and a price-to-book value ratio of 1.1. Alcoa has struggled to maintain profits in recent years but has generated relatively stable cash flows. I see Alcoa's profits growing at a faster clip than Silver Wheaton's in coming years, and consider the stock a safer bet than Silver Wheaton today.